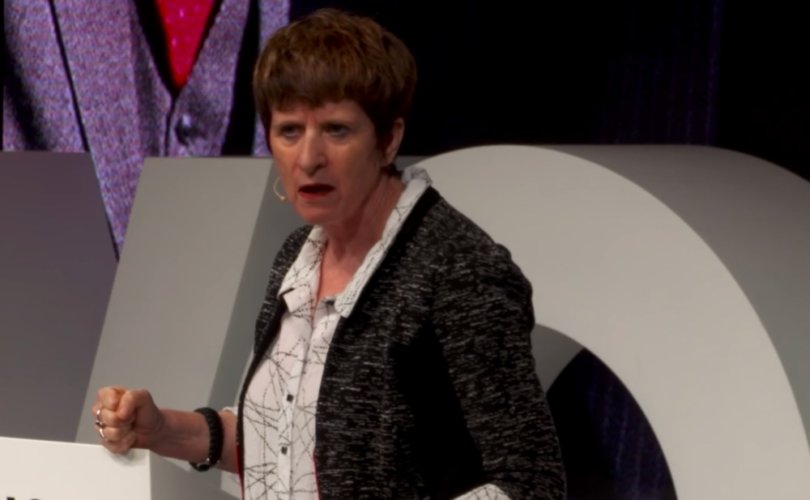 “We have not called it out in the same way we have other forms of extremist hate, but this is gender-based violence against women, no question,” Gilmore told The Guardian, lamenting recent pro-life legislation in some U.S. states and the Trump administration’s refusal to advocate for abortion abroad.

“It’s clear it’s torture — it’s a deprivation of a right to health,” she said.

Pro-life groups “[ignore] evidence in their pursuit of ideological goals,” the British outlet summarized Gilmore as saying. Gilmore also claimed that pro-life laws are “an assault on truth, science[,] and universal values and norms.”

It is a scientific reality that at conception, also called fertilization, a whole, distinct, living human being begins to exist.

The U.S. has no federal law restricting late-term abortion, although some states limit it. Abortionists like Leroy Carhart, Warren Hern, and Curtis Wayne regularly abort third-trimester babies who feel pain and could survive outside the womb. This year, states like New York and Illinois have moved to enshrine in their laws a fundamental “right” to abortion.

In January 2019, Virginia’s Governor Ralph Northam defended infanticide of babies born alive after failed abortions. Democrats in the U.S. House of Representatives have repeatedly blocked a vote on a bill requiring doctors to give the same medical care to a baby who survives an abortion as they would to any other baby of the same age. The governor of North Carolina vetoed a state law with the same requirement.

Commissioner Gilmore also claimed that “young women and minority women … are really under the gun” because of pro-life laws. Gilmore’s metaphor makes for a contrast with the plight of unborn babies, who find themselves not figuratively, but literally under a number of non-gun weapons, including high-powered suction machines, forceps to pull off limbs, and needles containing heart attack–inducing drugs.

Undercover videos from the Center for Medical Progress have shown employees of Planned Parenthood, one of the world’s largest abortion vendors, discussing how to deliver aborted babies intact so their body parts can be harvested, admitting that the work they do is “killing,” complaining about how “difficult” it is to tear apart a fetus, and lamenting that they’re not given a place to discuss the “heads that get stuck that we can’t get out.”

One abortionist, Dr. DeShawn Taylor, joked to undercover investigators that she needs to “hit the gym” before committing some abortions because it “takes more force” to dismember a baby who has not first been killed by a digoxin injection.

“My biceps appreciate” when the heart-stopping drug works, she said.