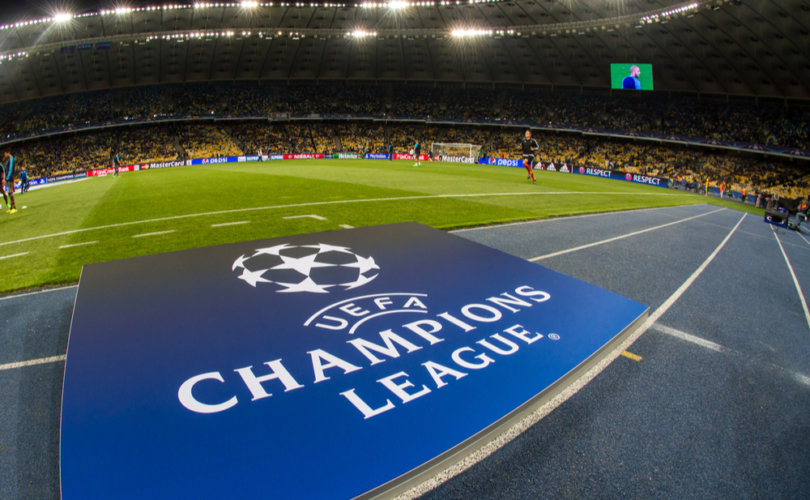 (LifeSiteNews) — Professional soccer players from major international teams like Real Madrid and Chelsea will be blocked from entering France ahead of fixtures against some of the country’s topflight teams following the introduction of a strict new COVID passport scheme.

Both teams are due to play in the Europe’s premier Champions League tournament. The Union of European Football Associations (UEFA) — the continent’s governing body for soccer — has said that un-jabbed players from both squads could face being barred from play owing to France’s controversial new “vaccine passport” system, which prohibits entry to sporting arenas for anyone 16 years old and over, if they have not received a COVID-19 jab.

According to ESPN, clubs will all be forced to adhere to local rules on COVID jab requirements for entry and permission to play.

UEFA told the sports broadcaster that it “is liaising with the relevant stakeholders across Europe ahead of the resumption of UEFA’s club competitions in February,” and that “[t]he specific conditions under which matches are played in each country are subject to the decisions of the competent authorities in that country.”

The new rules in France do not distinguish between onlookers and participants entering sports stadiums, with the French Sports Ministry confirming Monday that the requirements “will apply to everyone who is a spectator or a professional sportsperson. And this until further notice.”

UEFA said that all teams “will in principle be required to comply with the applicable rules in the country where the match takes place,” but suggested that competition rules regarding COVID-19 accommodations could provide a way for both teams to participate on a level playing field.

According to UEFA regulations, where restrictions might obstruct a team from participating in a match, “the home club must propose a suitable alternative venue … which may be in a neutral country.”

In like manner, Serbian tennis ace Novak Djokovic, who was recently deported from Australia over his COVID jab status despite satisfying medical exemption criteria, is facing the prospect of being barred from the French Open, due to commence in May.

The French Sports Ministry said that the COVID pass system “may change between now and then [May] and we hope it’ll be more favorable. So, we’ll see, but clearly there’s no exemption.”

The prospect of inhibiting entry to a wide array of venues, including restaurants, bars, regional public transport, and leisure settings, sparked mass protests across the country and passionate debate in France’s bicameral Parliament, but did not halt lawmakers from transforming the so-called “Health Pass” into a vaccination credential requirement by a majority of 215–58.

Just a week prior to the vote, President Emmanuel Macron directed disdainful comments towards those who have not yet or who will not take an abortion-tainted COVID shot, telling Le Parisien that he desires to enrage the un-jabbed with policy decisions.

“The unvaxxed, I really feel like pissing them off. And so we’re going to keep on doing that, to the very end. That’s the strategy,” he said.