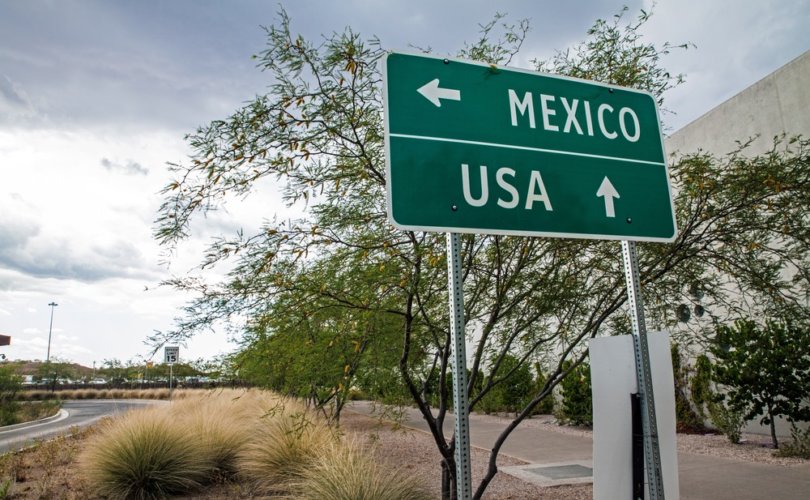 (LifeSiteNews) – The United States’ southern border with Mexico is, under President Joe Biden, the “deadliest land crossing in the world,” the United Nations’ International Organization for Migration (IOM) declared July 1.

“More than 1,238 lives have been lost during migration in the Americas in 2021, among them at least 51 children,” the U.N. body announced, citing a new report from its Missing Migrants Project (MMP). “At least 728 of these deaths occurred on the United States-Mexico border crossing, making this the deadliest land crossing in the world, according to the data.”

“The number of deaths on the United States-Mexico border last year is significantly higher than in any year prior, even before COVID-19,” said report author Edwin Viales. “Yet, this number remains an undercount due to the diverse challenges for data collection.”

The IOM statement goes on to reference the recent discovery of an abandoned semi truck in San Antonio, Texas, containing dozens of illegal migrants. Many were already dead of extreme heat; others died later in the hospital.

Biden administration Secretary of Homeland Security Alejandro Mayorkas stressed that the administration has “said repeatedly and we continue to warn people not to take the dangerous journey,” but critics say Biden’s lax approach to immigration enforcement has encouraged the opposite.

Biden has presided over a surge of illegals entering the United States and being released inside the country, following the reversal of several Trump-era border policies, such as the previous administration’s third-country agreements with the governments of El Salvador, Guatemala, and Honduras to have them hold refugees while their applications for political asylum in America were reviewed. Biden’s Centers for Disease Control & Prevention also plans to end the Title 42 public health authority, which has facilitated quick deportation of illegals during a pandemic.

On top of the long-discussed impact of illegal immigration on the job market, crime, public services, national security, and future elections, Biden has exempt border trespassers from the COVID-19 mandates his administration has attempted to impose on Americans. Estimates of illegals who have tested positive for COVID-19 after crossing the border this year range from 20 percent to more than half.

Conservatives allege that the double-standard originates from Democrats’ view of migration from Mexico as a reliable source of new Democrat voters.