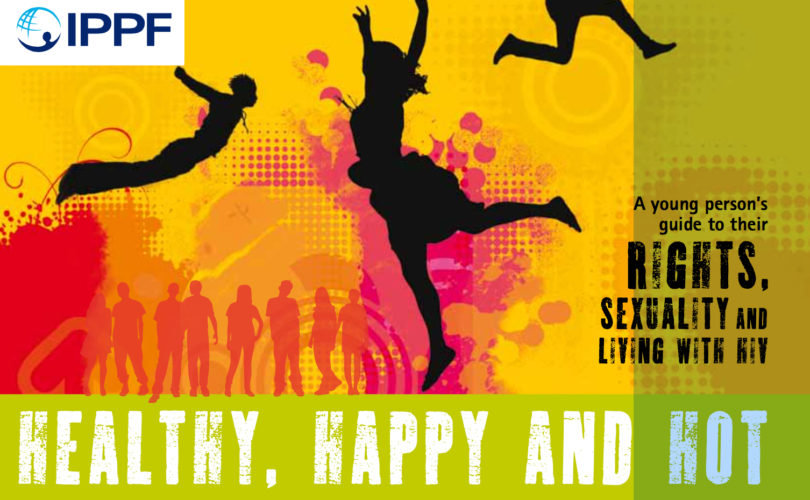 IPPF and its allies deliberately seek to “avoid any mention of the medical and public health risks that are linked to unhealthy and immoral sex,” C-FAM’s Wendy Wright wrote in an email to LifeSiteNews, adding that, “Any mention of negative causes or consequences is labeled ‘fear mongering’.”

“IPPF and its allies deliberately seek to “avoid any mention of the medical and public health risks that are linked to unhealthy and immoral sex. Any mention of negative causes or consequences is labeled ‘fear mongering’.”

“They especially bristle at parents interfering with sex education, or knowing what information is being taught children.”

The International Planned Parenthood Federation (IPPF) and allies are pushing the same agenda globally at the UN, says both Wright and Campaign Life Coalition’s Matthew Wojciechowski.

“IPPF advocates for ‘sexual rights’ – a broad term that essentially means the right to do whatever one wants sexually, at any age, without criticism,” stated Wright, vice president of C-FAM, a New York and Washington-based UN watchdog and pro-family lobby group.

Wojciechowski, who represents Canada’s national pro-life, pro-family lobby group Campaign Life Coalition at the UN, agrees that a “growing international ‘sexual rights’ movement” by IPPF and allies is “very much alive at the United Nations.”

“Their goal is to integrate their ‘sexual rights’ ideology into every resolution the UN produces on world issues,” he said. “In their opinion, abortion on demand and mandatory radical sex-ed programs will eradicate poverty, feed the hunger, give people jobs and create sustainable economies for the developing world.”

But “communities facing persecution and war need protection and peace, not an unlimited source of condoms and access to abortion,” Wojciechowski observed.

According to Wright, IPPF’s advocacy of “‘sexual citizenship’ – a contrived term that equates sexual rights with the right as a citizen,” includes opposing “any laws or rules – even parental oversight – that limits sexual activity.”

Wright’s and Wojciechowski’s described UN scenario is being played out in microcosm in Ontario, where parents are waging a fierce battle against a radical sex-ed curriculum set to roll out next week in the province’s publicly funded schools.

And while Ontario’s Premier Kathleen Wynne did not accuse opponents of fear mongering exactly, the openly lesbian politician made the fight personal by calling them homophobic, despite the fact that Thorncliffe Park, the most vocal corner of dissent in her own riding, voted overwhelmingly Liberal in the last election. She followed that with an accusation that the parents were pawns in a “despicable” federal Conservative plot.

The mainstream media appears to have generally accepted the Liberal government’s side of the story.

US psychiatrist exposes flaws and danger of Ontario curriculum

Meanwhile, parents rallied, petitioned and protested – and brought in sex-ed critic Dr. Miriam Grossman, who in an August seminar attended by over 1,000 people lauded them for a “phenomenal grassroots campaign” and gave them “ammunition” in her well-reasoned and meticulously documented critique of the sex-ed curriculum.

A child, adolescent and adult psychiatrist, international speaker and author of Unprotected and Your teaching my child WHAT?, Grossman’s own campaign against the sex-ed industry began with her 12 years’ practice at a clinic based in University of California in Los Angeles, one of the largest campuses in the United States.

She saw “thousands and thousands” of young people – especially women – who were suffering as a result of “sexual choices that they had made,” which included having abortions and contracting sexually transmitted infections. “Their suffering was 100 percent avoidable,” Grossman said.

“And the ignorance and lack of biologically correct information due to the sex-ed industry” has led to a situation in the United States where currently “another young person between the ages of 15 and 24 gets a sexually transmitted infection every three-and-a-half seconds.”

Grossman faulted Ontario’s sex-ed curriculum for similarly putting ideology ahead of science. “This curriculum, like so many produced by the sex-ed industry, is based on a specific view of the world. Not the world as it is, mind you, but the world as it should be,” she said.

That’s a world where “when it comes to sexually transmitted infections, for example, no one group should suffer more than another as a result of their choices.”

“Male and female, in this ideal vision of the world, should be the same. Mothers and fathers should be the same. It’s not fair otherwise. And no one family structure should be better for children, either. Two mothers, two fathers, a father and a mother, a donated egg, donated sperm, surrogacy – it shouldn’t matter.”

But “there is a significant flaw with this approach,” Grossman said. “It’s not based in reality. It’s a dream.”

Indeed, C-FAM’s Wright pointed to IPPF’s pamphlet ‘Healthy, Happy and Hot’ as an example of the worldview Grossman described.

The pamphlet purports to explain “the ‘rights’ of people with HIV” and is described on the IPPF website as “A guide for young people living with HIV to help them understand their sexual rights, and live healthy, fun, happy and sexually fulfilling lives.”

It tells young people that the “laws requiring people to disclose that they have HIV before having sex is a violation of their human rights,” Wright noted.

But “we as responsible adults have to deal with real life and teach children biological truths that could save their lives,” Grossman pointed out. “We can’t, for the sake of an idealized vision of what the world should be in someone’s mind, sacrifice the health and yes, sometimes the lives of young people.”

If a curriculum used the same approach to sex education, said Grossman, as it did for diet or smoking, it would clearly warn students that having sex just once could result in an often painful and embarrassing sexually transmitted infection that could be lifelong in duration, or in a pregnancy, or in an HIV infection “which sooner or later becomes AIDS, and AIDS will kill you.”

Grossman, who has been consulted on sex-ed in New Zealand, Australia, the U.K. and New York, has “never seen anything like” the Ontario parents’ fight against sex-ed.

Ontario government fighting back against parents with costly ad campaign

A $1.8 million Ontario government summer radio blitz has been followed by a month-long multi-lingual TV ad campaign targeting ethnic communities where the resistance to the sex-ed is greatest, and the cost of which the government refuses to reveal.

When justifying the TV blitz, Education Minister Liz Sandals insisted that the previous curriculum was “dangerously out of date” and “our government’s top priority is the health and safety of our students.”

After analyzing the curriculum, Dr. Grossman sees it differently.

She encouraged parents to keep fighting against “educator activists” despite being ignored and seen as “the problem” by the curriculum’s creators.

C-FAM’s Wright points out that on the global front, too, “IPPF views parents as the enemy,” although the diplomats view them as “as the antidote to comprehensive sex ed.”

“This has been a huge fight at the UN,” she said. As it has been, and will likely remain, in Ontario as well.