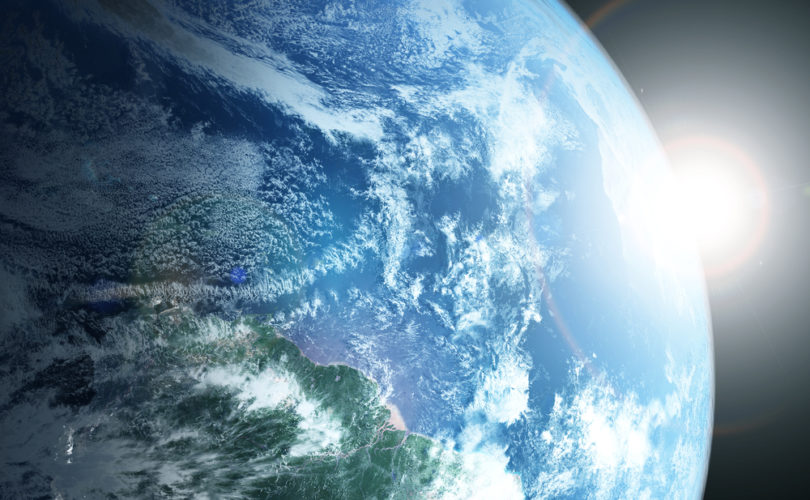 NEW YORK, August 6, 2015 (LifeSiteNews) — Abortion advocates were unable to have abortion included as an ‘international right’ in the Sustainable Development Goals (SDGs) adopted to much fanfare August 2 at United Nations (UN) headquarters in New York. Despite this, life-and-family critics say it is only a small win for the pro-life movement since the SDGs include “sexual and reproductive health” language that is already used to fund abortion worldwide.

“It certainly is a victory that abortion groups and their supporters at UN headquarters, including the most powerful and wealthy countries in the world, were not able once again to have recognition, express or implied, for a ‘human right’ to abortion. This is something that has eluded them for over 20 years,” Stefano Gennarini, director of the Center for Legal Studies at the Center for Family and Human Rights (C-FAM), told LifeSiteNews.

Gennarini, however, called it a “marginal victory.” The goals specifically mention ensuring “universal access to sexual and reproductive health and reproductive rights,” phrases that that SDG document says must be interpreted according to a 1994 conference in Cairo where those phrases explicit mean providing women with “modern contraception” and with “safe abortion” where it is legal.

The 17 SDGs set an international agenda for the next 15 years to end poverty, promote the well-being and prosperity of peoples everywhere, and to protect the environment.

“We are resolved to free the human race from the tyranny of poverty and want and [sic] to heal and secure our planet,” states the preamble of Transforming Our World: The 2030 Agenda for Sustainable Development, the text outlining the goals and targets.

“We are determined to take the bold and transformative steps which are urgently needed to shift the world onto a sustainable and resilient path. As we embark on this collective journey, we pledge that no one will be left behind,” states the preamble.

“Those phrases are not only euphemisms for abortion and contraception,” he said. “They are also the vehicles whereby abortion groups receive billions of dollars in funding to provide and promote abortions around the world.”

“Unfortunately, while we can be happy that abortion is not an international right, we cannot be naive. So long as those terms are defined to include abortion, as they are in the SDGs, by referring back to the 1994 Cairo conference, then the UN will continue to be a vehicle for the culture of death that has already claimed so many hundreds of millions of lives,” he said.

Pro-life UN lobbyist Patrick Buckley of the European Life Network told LifeSiteNews that the goals mentioning sexual and reproductive health will “cause problems for third world countries into the future.”

“The real damage [in setting forth the goals] was done last year with the inclusion of reproductive rights and reproductive health care services in the text,” he said.

Gennarini agrees: “And regardless of the normative outcome in these negotiations, which has preserved the status quo, without advancing abortion rights, the implementation of the agreement is where abortion groups will still continue to receive billions of dollars over the next 15 years while the agreement is in place. With all that money and influence there is no telling how much damage they can do,” he said.

The Holy See’s Mission to the UN told LifeSiteNews that it continues to be concerned about the language of “sexual and reproductive health,” “reproductive rights,” and “family planning” used in the SDGs.

“The Holy See has always been concerned and always raised its voice in opposition to any language which would be a direct or indirect reference to access abortion or to abortifacients,” said Monsignor Joseph Grech, representing Archbishop Bernardito Auza.

Pro-life advocates were alarmed last month when the Holy See’s Mission made a statement to the UN suggesting it supported the goals and targets of the SDGs “verbatim.” But in an interview last month, Grech told LifeSiteNews that the Holy See had already registered formal reservations about these phrases with the UN and that it “cannot and will never support … anything that can undermine the Family or the Right to Life from the moment of conception.”

Gennarini said the SDGs do not break any new ground on furthering homosexuality.

“Like abortion, LGBT rights was always a minor side issue in the wider negotiations, but an important one to several delegations. During the adoption, only a few governments expressed reservations, opting to deliver them when the agreement is formally transmitted to the General Assembly,” he wrote in a press release after the goals were agreed upon.

While the undefined term “gender” appears in goal 5 — achieving “gender equality” — and a few times in the targets, a number of delegate countries including Cameroon, Iran, Libya, Liechtenstein, Mauritania, Senegal, Yemen, as well as the Holy See, have raised reservations indicating that “gender” means “‘male or female’ only,” and are to have no other meaning than the “customary and general usage of the term.”

Cameroon went further than this, stating that regarding “gender,” its “implementation or interpretation shall in no case refer to or imply the concepts of sexual orientation, gender identity, [or] same-sex couples.”

Gennarini said, however, that even though “LGBT rights” did not make it into the SDGs, “in one respect, the pro-family movement has lost though.”

“The document did not have a standalone mention of the family as a contributor to development and the good of society. The reason this did not happen is because Europe and America want to redefine the family to include same-sex relationships. Rather than re-define the family, countries that wanted a stand-alone reference to the family preferred to keep the definition of the family in UN policy as it has always been (man woman marriage). This stalemate on this issue is likely to continue, and is an unfortunate precedent,” he said.

In April the UN re-affirmed the natural family as the fundamental unit of society. The Human Rights Council adopted a resolution on “Protection of the Family” in which it recognized the importance of the family for society and individuals, and that countries must strengthen and protect the family. The resolution called the family the “natural environment” for the education and development of children.

A United Nations Summit in New York beginning September 25 will now provide countries with the opportunity to officially adopt the SDG agenda in its entirety. Until this date the targets of the goals are subject to change. September 25 is also the date when Pope Francis will visit UN headquarters.