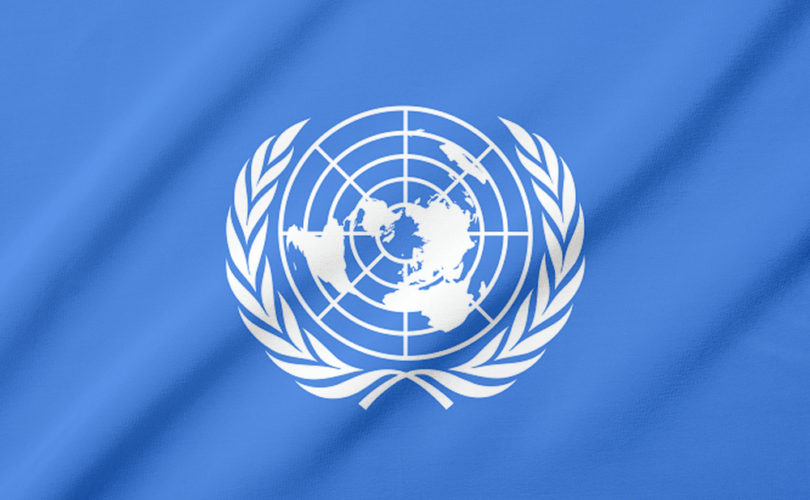 A recent report from the United Nations Population Fund (UNFPA) says that laws against abortion, sex work, drugs, and same-sex relationships impinge upon the freedoms and potential of young people.

In the report, which was heavily criticized by C-FAM and the Population Research Institute's Steven Mosher, UNFPA also says that young people worldwide — including minors — should have unrestricted freedom to engage in contraceptive sexual intercourse and abortion without parental involvement.

“Emergency contraception is something that adolescents particularly need because they use relatively ineffective methods,” the report states. “Another systematic literature review by Denno et al. (2012) shows that the most effective out-of-facility approaches to reaching youth with services include condom distribution via street outreach and promotion of over-the-counter access to emergency contraception.”

Perhaps of most importance to pro-life advocates is the UNFPA's promotion of abortion.

“Adolescents who find themselves with an unwanted pregnancy and want to terminate it may be more likely to resort to unsafe abortion knowing that they have to get the permission of their parents or guardian to get a legal abortion,” it adds.

Anne Morse, the Population Research Institute’s media and research coordinator, told LifeSiteNews that “children and teens are vulnerable in ways that adults are not. From child labor laws to child pornography laws, every just society recognizes that it has a duty to protect the vulnerable.”

“The UNFPA gives lip-service to this idea,” said Morse, “but then betrays it when it advocates to abolish parental consent laws and to make Plan B available over-the-counter to children and teens.”

In contrast to Morse, the report says that “age of consent laws are also a barrier when adolescents under 18 want access to HIV testing and counselling, harm-reduction services, such as needle exchange programmes, and other services. Besides blocking access to information and services, these age of consent laws contradict the idea that young people should participate in decisions that affect them in line with their evolving capabilities.”

The report cites a UNAIDS report to call pro-life and pro-parent laws “age discrimination,” and says that such laws “interfere…with their civic participation, their ability to freely make decisions, and their access to sexuality education and life-saving sexual and reproductive health and HIV services.”

According to its website, the UNFPA's mandate is to “[deliver] a world where every pregnancy is wanted, every birth is safe, every young person's potential is fulfilled.” Specifically, the UNFPA focuses on “reproductive health, gender equality, and population and development strategies” around the world.

UNFPA has received a great deal of criticism from pro-life and pro-family groups because of their support for abortion, same-sex “marriage,” and widespread contraceptive use. C-FAM's analysis of the UNFPA report notes that while the agency acknowledges that parents are the first source of information and advice on sexuality-related issues, it also says that this “does not happen the way it should.” Instead, according to UNFPA, many times parents “do not know how to talk to their children about such matters.”

“In total, the UNFPA report asserts that the key to development is ensuring that adolescents’ sexual behavior is unsupervised, unrestricted, publicly funded, and, above all, non-procreative,” C-FAM noted. “UNFPA posits that the imposition of sexual anarchy upon youth will ensure their well-being and that of the whole world.”

The United States stopped funding the UNFPA over its support for population control policies under President George W. Bush, but its millions in funding were restored after President Obama took office.