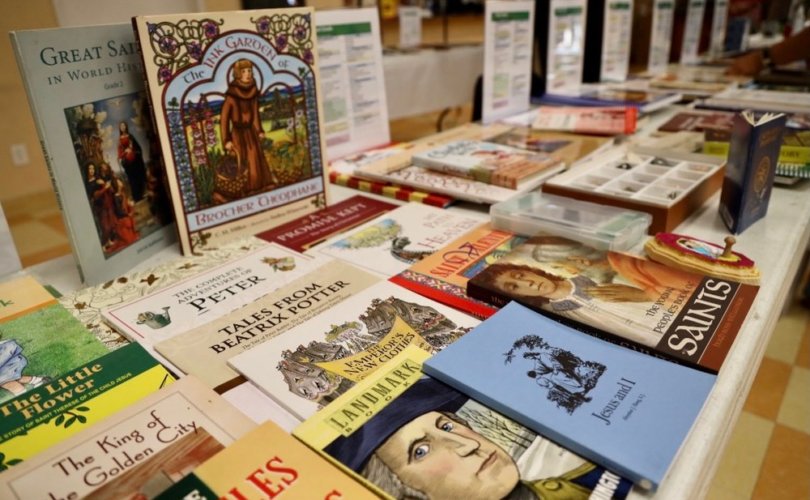 ONTARIO, California (LifeSiteNews) – A wholeheartedly Catholic school in need of funds  intends to launch this fall to provide students with a solid classical, faith-based education.

“We will be unapologetically Catholic,” Judy Gutierrez, President of The Good Shepherd Academy, told LifeSiteNews. Gutierrez explained that in order to provide a classical education and help accommodate students with special needs, the school operates independently, entirely dependent upon the generosity of donors.

The K-12 school’s independence also helps it to remain uncompromising in its mission. Gutierrez has made clear that The Good Shepherd Academy is prepared to provide an uncommon but sorely needed authentic Catholic education to form students to know, love, and serve God and help rebuild His Church. Every aspect of the school – its policies, its curriculum, and its teaching faculty – have been carefully selected to align with this mission.

To help fulfill this undertaking, the school aims to “cultivate and grow a sincere love for our Eucharistic Lord,” said Gutierrez. “There will be daily Mass, daily Adoration and daily rosary alongside a classical curriculum. It is with a return to the beauty of our Catholic faith held by these traditional practices that a love for God alone will thrive.”

In order to better provide its students with the nourishment of daily Mass and the Sacraments, Good Shepherd Academy has its sights set on a property close by to San Secondo d’Asti Catholic Church.

The Academy’s previously planned school site fell through at the “eleventh hour” when the Archdiocese of Los Angeles notified them on June 30 that it would conduct a feasibility study before deciding what to do with the property. Determined to open this year, the Academy has since been searching for a new site.

Close proximity to the mission-style San Secondo d’Asti Roman Catholic Church is on the Academy’s special wish list. The church remains a popular site for the Traditional Latin Mass, which people travel from all over Southern California to attend.

“It’s a beautiful tradition that we have to fight to keep,” said Gutierrez.

San Secondo d’Asti was also pastored by the late, beloved Father Louis Marx, who Gutierrez says is the inspiration for and patron of the school, and was himself “a big proponent of the Traditional Latin Mass.”

Terry Barber, founder of St. Joseph Communications and co-host of Virgin Most Powerful Radio, remembers Marx as a “zealous priest for souls” who untiringly heard confessions and was always preaching about the Real Presence of Jesus Christ in the Eucharist.

“This was a priest who, if somebody called him in the middle of the night, he would go the extra mile and take care of it, especially if it was a confession. People like Jim Caviezel went to his funeral, because he was not afraid to tell people the Truth and the Gospel. He wasn’t politically correct, and people respected him big time,” said Barber.

Gutierrez attests that Marx exhorted parents not to send their children to public schools or Catholic-in-name-only schools, so that the children would not lose their faith. “He really was a friend to homeschooling and to the classical approach to education,” said Gutierrez.

Allegiance to magisterium, a ‘virtuous life’ important for faculty

In keeping with this traditional, classical approach to education, The Academy of the Good Shepherd maintains a curriculum that includes the teaching of classical literature, history, mathematics, geography, the sciences, Latin, Spanish, and the fine arts.

The children’s religious education, which remains the school’s primary and overarching aim, will be based on the Baltimore Catechism, Catechism of the Catholic Church, The Lives of the Saints, and the Catechesis of the Good Shepherd which is used for grades K-2.

The Catechesis of the Good Shepherd, Gutierrez explained, is a Montessori-style catechesis where the children essentially “play Mass,” using miniature physical replicas of the objects of the Mass.

“The children receive it with such wonder and awe, and then when they go to Mass they can attend and vividly understand what is going on because they themselves have been able to physically hold it in their hands: hold the chalice, hold the ciborium, hold the altar cloths that are made in miniature fashion,” said Gutierrez.

Gutierrez assures benefactors that “the Good Shepherd Academy will never allow secular educational methods or agendas that are in direct conflict with the teaching of our Holy Mother Church to ever be used at our school.”

The Academy requires teachers to sign a statement of allegiance to the Magisterium of the Catholic Church, and Gutierrez affirmed that being unable to adhere to that is “cause for termination.”

“We want faculty who live a virtuous life,” said Gutierrez. The commitment of the Academy’s staff to the school’s mission is such that they are currently working pro bono, but they are patiently waiting for donations and revenues to support salary compensation.

The Good Shepherd Academy aims to open its doors this year on the feast celebrating the birthday of the Blessed Mother, September 8.

“We are looking for a permanent home, and that might be down the road, but for right now we just need a location where we can launch, where we can begin our mission with an eye to the future,” said Gutierrez.

The Academy is currently working on identifying the terms for the lease of its desired property in Ontario, California. Its current fundraising goal is $100,000.