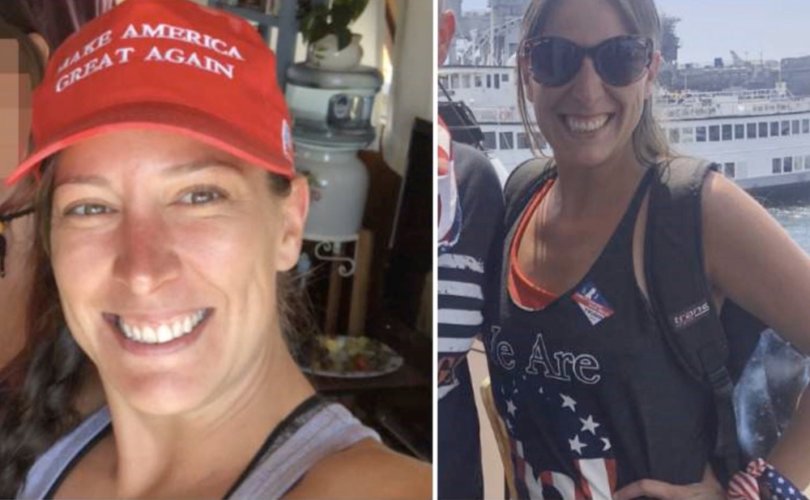 WASHINGTON, D.C.,January 7, 2021 (LifeSiteNews) –An unarmed woman shot and killed by U.S. Capitol police yesterday has been identified as Ashli Babbit, an Air Force veteran of fourteen years who completed four tours of duty during her service.

Babbit, a California native, was killed after entering the Capitol building while members of congress were scheduled to be debating on the certification of the results of the Electoral College.

A graphic, widely-viewed video posted online by a fellow protestor shows her being fired upon while trying to enter a hallway in the Capitol through an interior window. Law enforcement can be seen intermingled with the crowd of Trump supporters surrounding Babbit, looking on.

Protestors rush to help Babbit, who was escorted out of the building and pronounced dead shortly thereafter.

In another video, U.S. Capitol police can be seen casually forfeiting a barricade around the Capitol building, allowing protestors to gain access.

Babbit, who encouraged Republicans today on Twitter to “start winning” is remembered by her husband as a “great patriot.”

Axelrod, a pro-Trump media personality who knew Babbit as a “great friend” described her as “someone that did not judge me,” he said. “She was not antifa or some far-right winger.”

Three other people are reported to have died during the events yesterday, all from undisclosed “medical emergencies.”