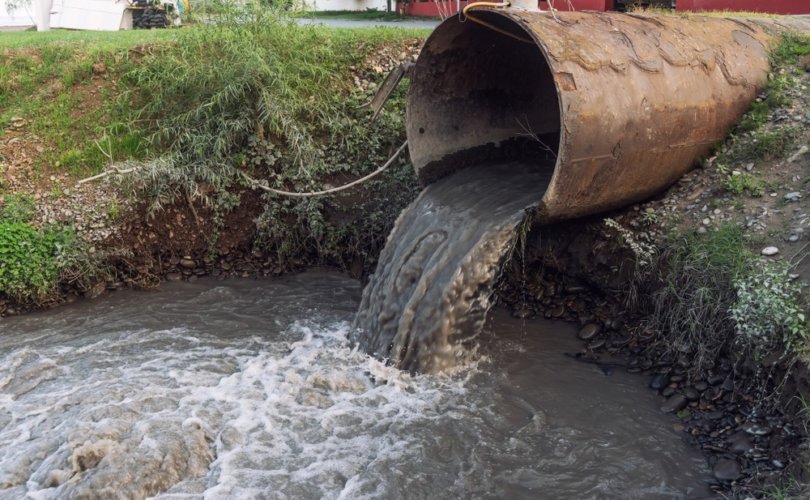 NATCHEZ, Mississippi (LifeSiteNews) — The body of a second trimester unborn baby was said to have been recovered from an industrial wastewater treatment facility in Mississippi last week, according to the Natchez Democrat.

Adams County Coroner James Lee said the Sheriff’s Office contacted him Tuesday morning to respond to what seemed to be a human fetus discovered inside a drainage system at the Natchez, Mississippi wastewater treatment plant.

“Upon my arrival, I noticed a fetus that appeared to be (16 weeks’) gestational age laying in sewage,” Lee said, according to the outlet. “My heart is broken. I pray for the people who disposed of this child the way they did.”

Lee added that the Mississippi Crime Lab refused his request for an autopsy and DNA samples of the apparent deceased infant.

The coroner said the state crime lab declined to accept the remains for autopsy and DNA testing. https://t.co/dFt165pruw

According to a report by The Blaze, Adams County Sheriff Travis Patten said that in the opinion of the Crime Lab the unborn child “was not considered viable,” adding that it was unclear whether “a crime has been committed or if it was simply a miscarriage.”

Patten said the Adam’s County Sheriff’s Office is looking to obtain an autopsy and DNA sample from a private lab in an effort to locate the unborn baby’s mother, though he said the chances of identifying her “are very slim.”

“In order for that to happen, the DNA would have to match someone that is already in the system,” Patten explained.

“Whomever the mother was is going to need medical attention,” the sheriff added.

“If the fetus was viable, it would be considered a desecration of a corpse, but if not there are no legal ramifications,” he said, characterizing the situation as “traumatic.”

The recovery of the unborn baby in Mississippi comes just weeks after Republican Indiana Rep. Jim Banks introduced legislation to prohibit abortion facilities from disposing of the remains of unborn babies in public waterways.

“Tossing unborn remains into our water systems is barbaric, and if the American public knew about it they would be disgusted and horrified,” Banks said in a statement.

The Daily Wire reported that The Dignity for Fetal Remains Act of 2022 would ban abortionists from tossing the remains of unborn babies or any abortion-related medical waste, including surgical equipment, into a toilet, sink, disposal, or any other device that connects to a public waterway.

In an editor’s note, the Natchez Democrat clarified that the Mississippi waste facility in which the infant was allegedly recovered was an industrial facility, and not part of the city water treatment system.

If the Court rules in favor of Mississippi by overturning the federal “right to abortion” established in the landmark 1973 Roe v. Wade ruling (as it appears likely to do, according to a leaked draft majority opinion), Mississippi is angled to ban all abortions in the state except in cases of rape or incest.