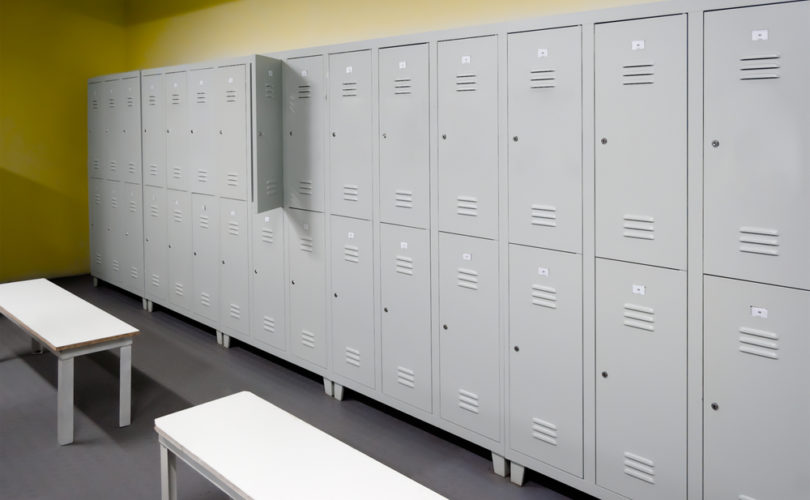 EDMONTON, Alberta, September 16, 2015 (LifeSiteNews) — Despite a major pressure campaign from LGBTQ activists, the Edmonton Catholic school board decided Tuesday night at a tense and emotional meeting to put off voting on a controversial policy that would allow boys to share changing rooms with girls, and vice versa. The board will take up its “gender identity and expression” policy again at next month’s October 15 meeting.

The proposed policy, spearheaded by LGBTQ activists, would deny the Catholic Church’s teaching on gender by requiring the board to “respect that self-identification is the sole criteria for gender identity.”

It would also compel board administration to “as per the Gospel of Jesus Christ…welcome and accommodate all students, staff and families in a manner that is congruent with their expressed gender identity and expression.”

Trustee Larry Kowalczyk told CBC in an interview prior to the meeting that gender dysphoria is a “mental disorder” that should not be encouraged by school policy.

“God has not made a mistake in the gender of me, or you, or anyone else,” he said, adding that students confused about their gender should not face discrimination in school but that they “should be treated as [any other] human beings.”

Emotions ran high as trustee Cindy Olsen pushed to pass an amendment to have the discussion on the policy dropped from the agenda, saying the board needed more time to discuss it and consult about it with parents.

Olsen took issue with the process that led to the policy, challenging the board to show evidence of alleged meetings that took place about the policy development and of the number of parents who were supposedly consulted. While Olsen’s motion failed to have the discussion of the policy dropped, her motion later in the evening to postpone a vote on the policy was successful.

At one point, Olsen broke down in tears saying she was “being attacked” online as she spoke by former PC deputy premier Thomas Lukaszuk, who was at the meeting and is strongly supporting the proposed policy.

“I have an email here saying 'wow, homophobic much? Wow, you're a piece of work. I hope God condemns you to hell,’” she said at the meeting, accusing Lukaszuk of sending the messages. “I take exception to this. I am not, and never have been, homophobic,” she said.

Lukaszuk later that evening denied to reporters that he had sent such messages.

The draft transgender policy was developed after a parent successfully campaigned with transgendered activists last year to have her seven-year-old boy attend school dressed as a girl and be allowed to use the girl’s bathroom. The parent, whose anonymity the news media have protected, has refused to withdraw a human rights complaint against the school board, even though the school decided to comply with the parent’s request.

Immediately after the board voted to revisit the policy next month, transgendered activist Marni Panas — a biological male who legally changed his name from Marcel to Marni in 2014 to fit with his perception of being a female — called on NDP Minister of Education David Eggen to “immediately address this issue by imposing an appropriate policy or desolving [sic] the ECSD Board of Trustees.”

The policy would also force Catholic schools in the board to change “all curricular materials” to ensure that homosexual and transgendered “students, staff and families are represented in an inclusive, positive and respectful manner.”

The policy starkly contrasts statements made by Pope Francis against what he calls “gender theory” which he has condemned on numerous occasions, calling it an “error of the human mind that leads to so much confusion.”

The Catholic Church teaches that God created human beings as “male and female.” Prior to becoming Pope John Paul II, Karol Wojtyla wrote in his 1960 book Love and Responsibility that the fact that some people may have male and female sexual characteristics does not contradict that “every human being is by nature a sexual being, and belongs from birth to one of the two sexes,” pointing out that such characteristics are best viewed as a privation of a healthy organism with a given nature.

“Transgendered men do not become women, nor do transgendered women become men. All … become feminized men or masculinized women, counterfeits or impersonators of the sex with which they ‘identify,’” he wrote in an article that appeared in The Public Discourse in June.

McHugh said that a proper course of treatment for someone confused about his or her gender should focus on the psychological reasons behind the condition, not on making a boy look like a girl, or a girl look like a boy.

“In fact, gender dysphoria—the official psychiatric term for feeling oneself to be of the opposite sex—belongs in the family of similarly disordered assumptions about the body, such as anorexia nervosa and body dysmorphic disorder. Its treatment should not be directed at the body as with surgery and hormones any more than one treats obesity-fearing anorexic patients with liposuction. The treatment should strive to correct the false, problematic nature of the assumption and to resolve the psychosocial conflicts provoking it. With youngsters, this is best done in family therapy,” he wrote.

Archbishop Richard Smith of Edmonton stated in a press release sent to LifeSiteNews that Catholic trustees should make use of a resource put out by the Council of Catholic School Superintendents of Alberta (CCSSA) “in the drafting of any respective district policy.” He neither supported nor condemned the board’s currently proposed policy.

“I know from my own visits to schools across the Archdiocese of Edmonton that our Catholic teachers and administrators deal very ably with a wide variety of unique situations each and every day. I know also that they strive always to follow the Church’s teaching that each individual person is created and loved by God, and therefore must be treated with dignity and respect. The work of the superintendents’ group is informed by faith, by sensitivity, by careful research, and by frontline experience,” he stated.

When LifeSiteNews contacted the CCSSA for the resource document, executive director Jamie McNamara replied: “I’m not at liberty to share it with the media.”

CCSSA’s website features a position statement on its “commitment to inclusive communities” that says: “We acknowledge that students who identify as belonging to sexual minorities are an ‘at risk’ group that deserves special care and attention.”