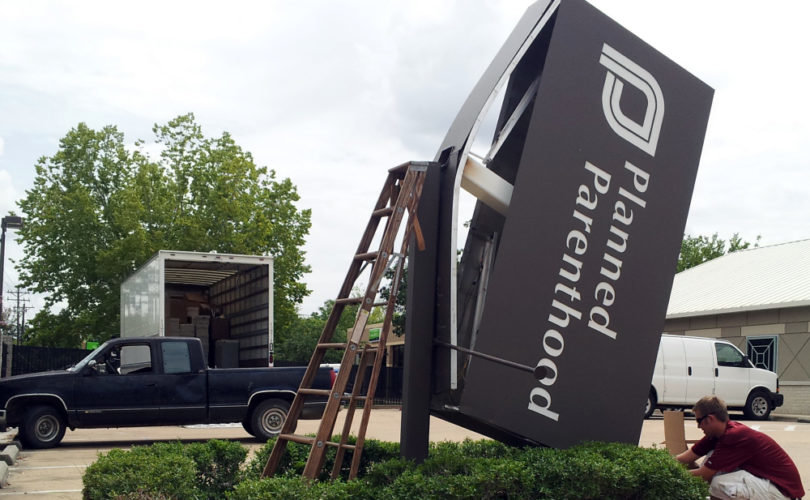 A Planned Parenthood official also provided talking points to her state's Democratic governor about how to respond if the issue came up, the documents reveal.

The story of the Center for Medical Progress' undercover videos “has not reached mainstream media yet; we are trying to keep it that way,” Sari Stevens, a lobbyist for Planned Parenthood, wrote to Pennsylvania Gov. Tom Wolf.

Stevens, a Planned Parenthood lobbyist, told the Democrat she hoped the story would remain among “friends.”

Robert Salera, a pro-life attorney who worked for former Gov. Tom Corbett's re-election last year, obtained the communications after filing a request under the state's Right to Know Law and furnished them to the Pittsburgh Tribune-Review. He said he investigated the matter on his own initiative, and no one paid him to do so.

The message shows Stevens coaching Gov. Wolf on possible responses to make if confronted with the video.

Stevens – the executive director of the state affiliate's political arm, Planned Parenthood Pennsylvania Advocates and PAC – has enjoyed a close relationship with the governor.

Wolf, who was once a Planned Parenthood escort, named Stevens to his transition review team for Human Services after winning the governor's race. “Congratulations to our own Sari Stevens on being selected as a member of Gov-elect Tom Wolf's Human Services transition review team!” Planned Parenthood Pennsylvania Advocates wrote in a Facebook message last December.

The governor's office said that Wolf did not use Stevens' suggested talking points, instead hastily conducting a state review that cleared Planned Parenthood of any wrongdoing. Wolf's spokesman Jeffrey Sheridan told the newspaper, “Officials from the Department of Health went into all facilities to verify practices and guarantee there was full adherence to Pennsylvania law” on the matter of selling fetal organs.

But Stevens told the Tribune-Review there was nothing for the state to discover, because “no Pennsylvania Planned Parenthood affiliate participates in fetal tissue donation — period.” According to Planned Parenthood President Cecile Richards, only affiliates in California and Washington state provide fetal organs and tissue to researchers. “The California affiliate receives a modest reimbursement of $60 per tissue specimen,” Richards wrote in an 11-page letter to Congress on August 27.

Other appointments – such as reappointing Pedro Cortes as secretary of state after he turned a blind eye to Kermit Gosnel;'s activities during his previous tenure – concerned Pennsylvania pro-life leaders, who have long been concerned about Wolf's opposition to imposing further health and safety regulations on the abortion industry in the state where the “house of horrors” once operated.

The Center for Medical Progress broke through the national media but is now locked in its own legal battle with the National Abortion Federation.

Meanwhile, Richards announced that Planned Parenthood affiliates would no longer receive any compensation in exchange for their role in the “fetal tissue donation program.”

However, critics say that policy change would not absolve Planned Parenthood of violating federal felony laws for years.

The allegations raised by the videos remain the subject of numerous federal investigations.