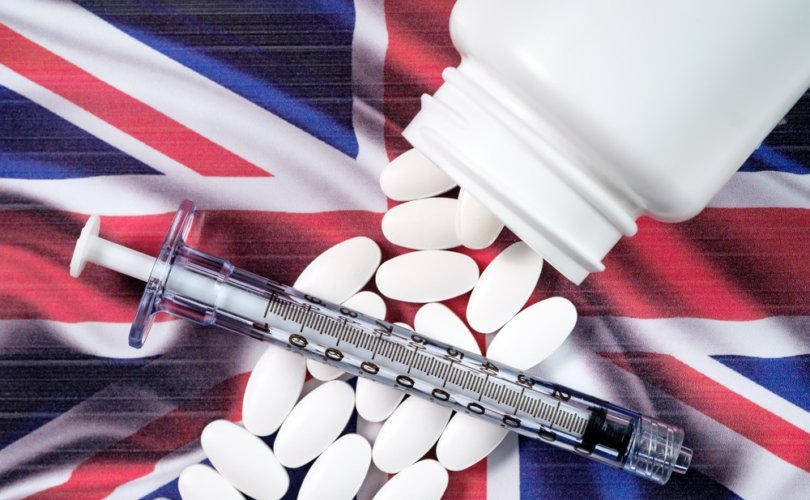 UNITED KINGDOM, July 6, 2020 (LifeSiteNews) — An undercover investigation has shown U.K. abortionists sending out abortion pills via mail without completing basic checks about the people ordering them.

An investigation by Christian Concern has exposed that U.K. abortion providers sent pills to every member of a volunteer “mystery client” group who all provided false details when ordering the deadly pills over the phone.

“Eight volunteers took part in an industry standard ‘mystery client’ exercise, to see if BPAS [British Pregnancy Advisory Service] and Marie Stopes UK were abiding by the law and properly caring for women,” a press statement from Christian Concern reports.

“In every case pills were sent to the volunteers, despite using false names, dates of birth and gestational dates. In one case, the volunteer gave a date that could only have led to an abortion beyond the 10-week safety limit given in the regulations,” the statement continues.

On March 30 the Westminster government authorized women in England to kill their preborn children at home by using both pills for a chemical early abortion. A government spokesperson from the Department of Health and Social Care said that the change was being made on a temporary basis only and is time-limited for two years, or until the coronavirus crisis is over. It was the third time the abortion law had changed in the space of a week; the government had first announced the change and then reversed the decision within 24 hours.

In May U.K. police began investigations following the death of a 28-week-old unborn baby after the mother took abortions pills sent in the post by BPAS.

Last week a British court permitted a judicial review of the decision to allow home abortions during the coronavirus crisis, after Christian Concern launched a legal challenge to the measure.

But, later in the week, the U.K. abortion lobby tabled an amendment to a domestic abuse bill currently going through Parliament which would permanently legalize DIY home abortions.

The new amendment will be voted on tonight by MPs in the House of Commons in Westminster.

The “mystery client” volunteers ordering the abortion pills as part of Christian Concern’s undercover investigation gave the abortionists fake names, but said they were living at real addresses known to them.

“They were all able to get the abortion ‘treatment packs’ funded on the NHS by providing fake GP registration and yet the Marie Stopes UK and BPAS staff accepted the surgery details and continued with the process,” Christian Concern reported.

“Each woman was also able to have the pills sent to their homes by providing fake gestation for their ‘pregnancy’.”

According to the regulations allowing the at-home abortions, pregnant women are only permitted to take the pills up to nine weeks and six days gestation.

But, according to Christian Concern, one of their volunteers, Anna, gave a gestation date on the cusp of the 9 weeks and 6 days, which would have put her over the limit by the time she began the process. When Anna called a second time she changed the date of her last menstrual period to remain within the 9.6 limit, and this change was accepted without any questions being asked by the abortion organizations.

The investigation has now been reported on in the mainstream media, with both the Daily Mail and the The Times covering the story.

The investigation was led by Kevin Duffy, a former Global Director of Clinics Development at Marie Stopes International. While Duffy is not opposed to abortion, he has been critical of a number of actions of the abortion industry. Duffy recently retweeted an article by U.K. pro-life organization the Society for Protection of Unborn Children (SPUC) which explains that new coronavirus guidelines published by the Royal College of Obstetricians and Gynaecologists promote measures that would deliberately leave a dead baby inside a woman during an abortion process.

I thought @spucprolife was just being too extreme with this post but no it's correct, the @RCObsGyn guidance does say kill the fetus and leave it in place until some days later…

This is reproductive healthcare during COVID-19 pandemic! https://t.co/9Z3xOHAiZt

“The issue of abortion is coming to a head,” Andrea Williams, chief executive of Christian Concern, said.

“This public health, mystery client exercise, conducted and regulated to the highest professional standards, has exposed the chilling disregard for proper process at the heart of the abortion industry.”