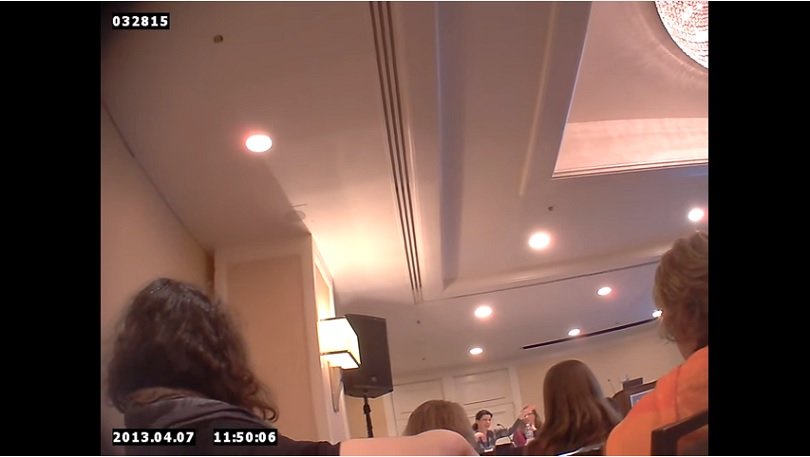 SAN FRANCISCO, October 23, 2015 (LifeSiteNews) – In a newly released undercover video, an abortionist says that “killing” is “the most important thing I could do with my life” – and urges her fellow abortionists to publicly say the same thing.

“You can't ignore the fetus,” she told her colleagues at the 38th annual meeting of the National Abortion Federation (NAF) held in San Francisco early last April.

The abortionist was responding to a question about how to react to images of aborted babies.

An audience member asked about how to rebuff the pro-life use of “fetal imagery,” on Facebook or in person.

“I respond with saying, 'This is not a realistic representation of what fetal tissue looks like,'” said the questioner, who identified herself as Emily Likins, an abortion “advocate” at Blue Mountain Clinic in Missoula, Montana. “But because I'm coming from the perspective of an abortion counselor, an abortion worker, it's like I'm automatically delegitimized, even though we're the experts!”

“You know, it's like, I literally know that's not a nine-week-gestation product of conception, because I've seen it. I see it every week,” said Likins, who is also a NARAL campus organizer.

“How do we combat that?” Likins asked the NAF panelist. “How do we like just essentially stand up and say, 'We are the experts on this, and y'all just don't know what you're talking about'?”

The panelist replied that downplaying the unborn child as an undifferentiated blob of tissue has “been a failure of” the abortion industry.

“I actually have a different response when someone portrays those images,” the abortionist, who is not named in the video footage or its accompanying material, replied. “Actually that's my week…some weeks – and that's what it looks like.”

“Ignoring the fetus is a luxury of activists and advocates,” she said. “If you're a provider, you can't ignore the fetus, right, because the fetus is your marker of how well – how good a job you did.”

She noted that, after a dismemberment abortion, “If you don't account for all the parts and you don't look carefully, you may be setting someone up for infection or hemorrhage, or whatever. The fetus matters clinically to us.”

“Not to mention, women know what's in there,” she continued. “They're not stupid.”

Instead, she said, abortionists should admit the child is a living human being – and that aborting it is their life's calling.

“I actually think we should be less about denying the reality of those images and more about acknowledging that, yeah, that's quite a truth. So, given that we actually see the fetus the same way, and given that we might actually both agree that there's violence in here, ask me why I come to work every day,” said the abortionist, in the video, the third of 11 undercover videos blocked by court order but leaked to the website GotNews.com and posted on YouTube.

The exchange begins at approximately 15:40 of the 36-minute-long clip.

Abortionists have shown a similar willingness to embrace violence in previously released videos from the Center for Medical Progress. CMP investigators filmed Dr. Amna Dermish, an abortionist with Planned Parenthood of Greater Texas, saying that removing a baby's skull “intact” during an abortion is “something to strive for.”

Her colleague, Melissa Farrell, the director of research for Planned Parenthood Gulf Coast, said she hoped to learn how to harvest the organs from fetal cadavers, since dissecting an aborted baby is “sickening on some level, but it's fun.”

The NAF had sought, and received, a temporary restraining order blocking CMP from releasing video footage of its annual meeting, but the journalist who received the videos says he is not forbidden from releasing the material.