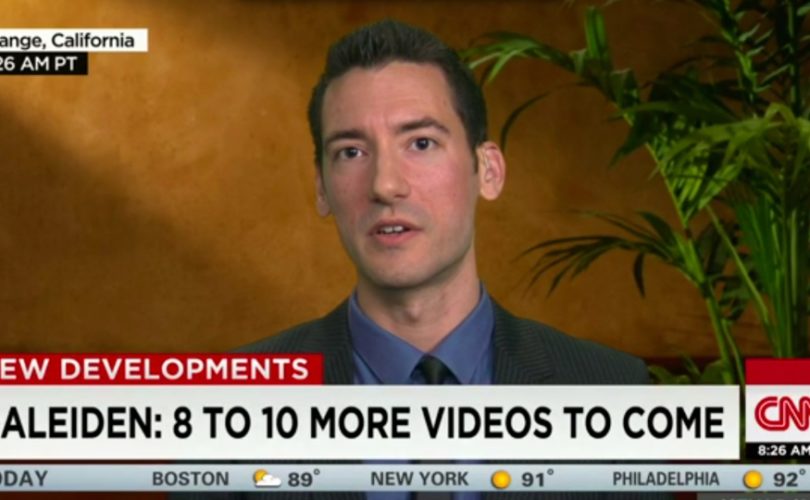 HOUSTON, January 25, 2016 (LifeSiteNews) – The organization behind the undercover Planned Parenthood videos is publicly defending itself from charges that its investigators actually attempted to purchase human organs – saying that if it is guilty for trying to purchase aborted babies' body parts, Planned Parenthood should be indicted for agreeing to sell them.

“The Center for Medical Progress uses the same undercover techniques that investigative journalists have used for decades in exercising our First Amendment rights to freedom of speech and of the press, and follows all applicable laws,” CMP said Monday evening.

On Monday, a grand jury in Harris County, Texas, brought no charges against Planned Parenthood, but indicted David Daleiden and a female associate. The Houston jurors charge the pair with a felony for tampering with a governmental record and a misdemeanor for attempting to purchase human organs.

“We respect the processes of the Harris County District Attorney, and note that buying fetal tissue requires a seller, as well,” the group said. “Planned Parenthood still cannot deny the admissions from their leadership about fetal organ sales captured on video for all the world to see.”

Daleiden filmed the director of research for Planned Parenthood Gulf Coast, Melissa Farrell saying that the fees paid for fetal body parts add tremendous “diversification of the revenue stream” for the regional affiliate of the nation's leading abortion provider.

Another video showed Dr. Savita Ginde, the vice president and medical director of Planned Parenthood of the Rocky Mountains (PPRM), saying her Colorado-based affiliate would prefer to be paid for each body part extracted. “I think a per-item thing works a little better, just because we can see how much we can get out of it,” she said.

Daleiden faces up to 20 years in prison and a $10,000 fine for the felony charge alone.

To date, Planned Parenthood affiliates face no charges for offering to sell human organs, although multiple investigations continue at the state and federal level.