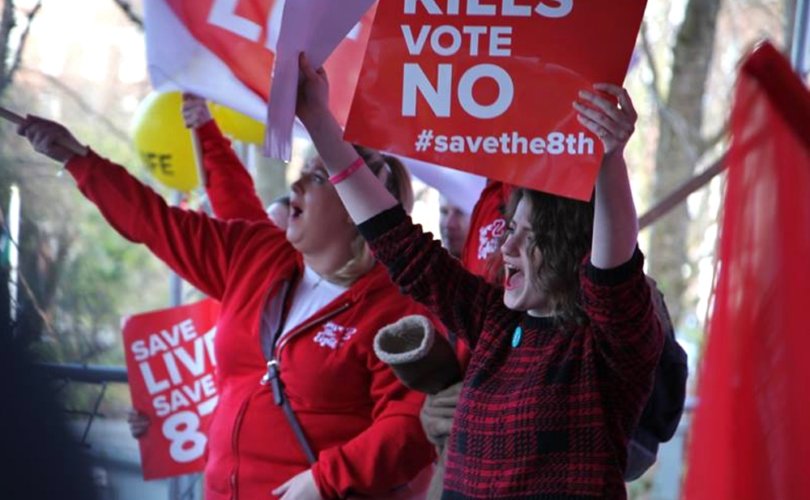 DUBLIN, July 5, 2019 (LifeSiteNews) — Google admitted to interference in Ireland’s 2018 abortion referendum but claimed that it was merely to “help voters.”

In revelations made by pro-transparency website Project Veritas, YouTube “blacklisted” a large number of videos on its platform in advance of the referendum while also interfering with search results. YouTube is wholly owned by Google. When voters searched for specific terms on YouTube, the results of their searches were manually altered by Google, thus assuring that the videos selected by Google reach the top of the search results.

Among the searches affected by interference from Google were “irish catholic,” unborn life,” and “abortion is wrong.” The interference in search results came within one week of the referendum, which allowed abortion nationwide. Sources leaked the news to Project Veritas, which was later corroborated by the Breitbart news organization. Some observers have noted that there may be similar manipulation of Google search results with regard to searches related to former secretary of state Hillary Clinton and her use of a non-classified internet server for her top-secret communications during her stint in the Obama administration.

Among the blacklisted phrases related to the referendum were:

An undetermined number of media and YouTube users were affected by Google’s blacklisting.

However, the Irish Catholic, which is published in Ireland, noted that it was among the media affected.

Google denies inappropriate activity. In a statement to Breitbart, Google declared: “In the midst of the Irish referendum on abortion, our systems brought authoritative content to the top of our search results for abortion-related queries. This happened for both pro-choice and pro-life queries, there was no distinction.”

Pro-life groups in Ireland were incensed by the news. According to the Irish Catholic, pro-life campaigner Namh Uí Bhriain said she is concerned about Google’s secretive behavior. Saying voters were manipulated by Google, she added, “[W]e do not know which content was blocked, and which was promoted. This is obvious interference in a democratic vote.”

“We simply do not know which videos were promoted, and which were pushed down the order, or what impact that had on voter choices,” said John McGuirk of the pro-life group SaveThe8th. He added, “The result of the referendum was lopsided, so it is almost impossible to imagine that this decision by Google was single-handedly responsible for it.” Writing in The Irish Catholic, McGuirk said the impression remains that Google was seeking to change what voters saw on YouTube in the crucial days just before the referendum vote. At the time, newspapers tried to convince Google to eliminate “misleading” ads and content from its platform. At the same time, pro-abortion groups proclaimed they would hold Google responsible should they lose the referendum.

In the end, the pro-abortion campaign in Ireland emerged victorious. In a document released after the referendum, the Life Institute of Ireland blamed Google and the media for perceived bias. The document identified six reasons why the media could be blamed — for example, that the media were hostile to the campaign to retain the pro-life provisions in the Irish constitution and were “massively biased” in favor of abortion.

In addition, Life Institute blamed “The Google Factor” for the loss. By banning advertisements from both sides in advance of the vote, the group claimed, Google was effectively favoring the pro-abortion side. “Google claimed that they were playing fair by banning advertisements from both sides, but that’s nonsense. The Yes campaign didn’t need Google,” the study said, noting that pro-abortion campaginers had all the major media outlets on their side “giving millions of euros worth of free advertising day after day to abortion supporters.”

Some conservatives in the United States have expressed concerns that Google and other social media platforms are engaging in political manipulation. In April, for example, U.S. senator Ted Cruz (R-Texas) said during a Judiciary Subcommittee hearing that some Americans believe that some tech firms are biased against conservatives. “If we have tech companies using the powers of monopoly to censor political speech, I think that raises real antitrust issues,” Cruz said.