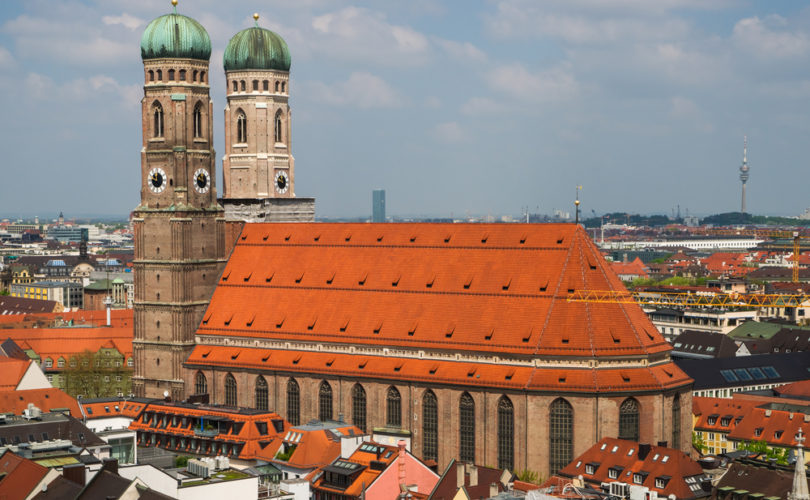 1) How important is the role of the ZdK within the German Catholic Church?

The “Zentralkomitee der deutschen Katholiken” has an historical importance: in the 19th century, due to the persecutions of Catholics in Prussia [i.e., the Kulturkampf], the laypeople were obliged to organize themselves in associations of civil law because these were more difficult to target by the anti-Catholic laws of the Bismarck-government. The ZdK was created in order to have a central organization. The origin of the ZdK is therefore quite good. But unfortunately, with the time, especially after the persecutions, two characteristics became more and more predominant: an autonomous attitude and also a lack of distance to the non-Catholic world. These two characteristics today are predominant: the ZdK very often rather represents the interest of a political party than those of the Catholic Church and sometimes even attacks the teaching of the Church.

Coming back to your question: the ZdK is important because the bishops – at least the majority of them – treat this organization as the main voice of the Catholic laymen. Also the mainstream media treat them like that.

But they are not important in the sense that they influence the normal Catholics who go every Sunday to church. The ZdK represents the organized Catholicism: employee’s organizations, youth organizations with ecclesiastical recognition etc.

2) Who are its representatives?

The ZdK is basically a parliament with 226 members; the majority are delegates from Catholic associations. Another big percentage are representatives from the political parties or civil society. 84 of the members are elected at parish-level. Due to this, the influence of technocrats and politicians is very big and, as I mentioned above, they tend to represent other interests than the genuine Catholic ones. That is the reason why the ZdK regularly upsets conservative Catholics who want the Church's teaching to be followed.

3) Basically you are saying, that ZdK does not really represent the Catholic laity in Germany.

Exactly. They represent what we call in Germany the “Räte und Verbandskatholizismus.” In English that would be something like the “technocrats and apparatchiks,” people who have important jobs in the apparatus.

4) Would you say that the ZdK's recent statement that the Church's moral teaching and practice should be liberalized represents the true views of the majority of the German Catholic laity?

It is known that in Germany we face a big crisis of the faith. Many Catholics believe just in fragments of the whole Catholic faith and teachings. Maybe the ZdK reflects what these Catholics think. But in fact the vast majority of these so-called Catholics don´t care what the ZdK says.

If you just consider the Catholics that practice the faith – roughly 10 to 12 percent go each Sunday to Mass – the ZdK represents at best the most liberal Catholics. But unfortunately, these liberals are much more active and interested in gaining influence. The more pious ones go to church to attend Mass, to pray, but not necessarily to get in conflict with the liberals.

5) How would you describe the situation of the Catholic Church in Germany? Is there a strong resistance against Cardinal Marx and his liberal tendencies?

The last statement of the ZdK regarding the “Synod of the Family” in October this year was so much against the teaching of the Church about sexuality, marriage and family that they scandalized many people. Thank God, also many bishops reacted and took a right position. First Stefan Oster from Passau and a few days later five more who sent a letter of support to Bishop Oster.

Also, many laymen perceived that a true revolution was going on. Many conservative writers criticized heavily the ZdK. A wave of protest arose. I think this is the reason why Cardinal Reinhard Marx, Bishop Franz-Josef Overbeck (Essen), and Bishop Stephan Ackermann (Trier) – these three belong clearly to the liberal factions – rejected some of the statements of the ZdK with mildly stern criticisms. I guess they saw the formation of a big conservative wave in Germany.

6) What do you think, how many German bishops of the 27 are in opposition to Cardinal Marx?

7) How do you assess the meeting organized by the Bishops' Conferences in Germany, France and Switzerland that took place in Rome on May 25 concerning the upcoming Synod on Marriage and the Family? And: What will be the role of the German Bishops at the next Synod of Bishops on the Family?

With respect to Germany, we have the following situation: the delegation consists of Cardinal Marx and the Bishops Heiner Koch (Dresden-Meißen) and Franz-Josef Bode (Osnabrück). All three are liberal and are open to the way suggested by Cardinal Walter Kasper in his speech at the Consistory. This means that the German delegation is the only 100 percent liberal delegation for the upcoming Synod on the Family.

8) What are the implications of the new Church Labor Law in Germany, where now “remarried” divorcees and homosexual people who do not live according to the Church's moral teaching are allowed to work in the Church's institutions? So far, there has been little debate about the consequences – morally, but also practically (health benefits and financial support for homosexual partners, children of homosexual couples, etc).

With the changes planned there are no automatic procedures any more to lay off people who get divorced or who enter a “civil partnership.” The Church Labor Law is in this way introducing the reforms that the liberal bishops like Cardinal Reinhard Marx would like to be approved at the Synod of the Family convening in October 2015. With this step the Church Hierarchy in the dioceses that perform the reforms (any diocese has to introduce these changes individually, and some have declared already that they won't adapt their labor structure to the “Sexual Revolution”).

The moral implications are enormous because, without any real necessity – i.e., no civil authority was making any pressure, at least not openly – the bishops will now signal that it is no problem to live according to the “Sexual Revolution,” instead by the teaching of the Church. Given that the Church is a large employer in Germany – with all her hospitals, schools, rest homes, kindergartens etc. – this proposed reform now constitutes a real social revolution: its own Self-Chosen Secularization, which not even Napoleon himself was able to accomplish.

As you can see also in these debates prior to the Synod on the Family, a vast majority of the clergy have not any more the courage and the conviction to defend the full teaching of the Church about marriage and sexuality; and they are, instead, willing to adapt to a world that is more and more shaped in contradiction to this teaching.