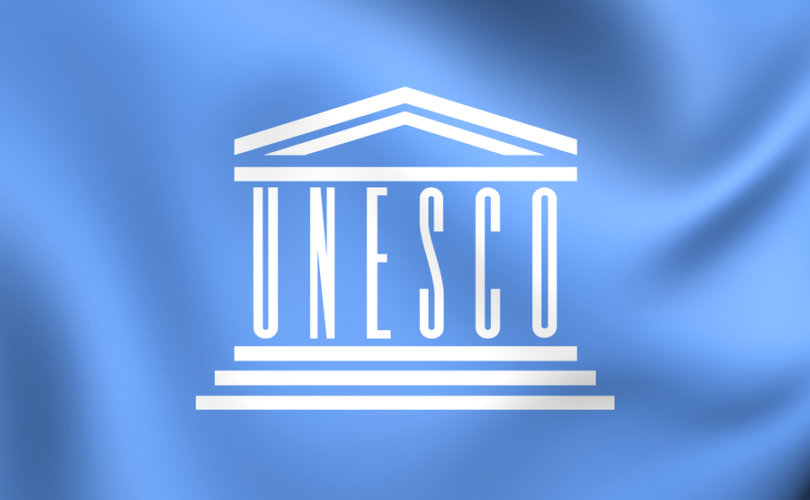 October 28, 2016 (C-Fam) With a new publication, UNESCO has joined the list of UN agencies advocating for the lesbian, gay, bisexual, and transgender agenda.

Last May, the United Nations Educational, Scientific and Cultural Organization (UNESCO) launched “Out in the Open,” a first-ever survey on “Education sector responses to violence based on sexual orientation and gender identity/expression.”

Generously supported by the government of the Netherlands, the report claims that “LGBT students” report a higher prevalence of violence at school than their non-LGBT peers. In particular, the authors argue that “students who are perceived not to conform to prevailing sexual and gender norms, including those who are lesbian, gay, bisexual or transgender (LGBT), are more vulnerable.”

The study uses controversial data provided by LGBT advocacy groups which include anonymous and online surveys and which rely on unverifiable, “independent research.” The Dutch grant aims at normalizing LGBT behavior beyond the Netherlands.  The government webpage states, “the Dutch government champions gay rights worldwide.”

Sexual orientation and gender identity are neither recognized nor protected by international law, and several UN member states hold homosexuality to be immoral, if not illegal.

Nonetheless, the report calls for school personnel to provide children with “non-judgmental and accurate information on sexual orientation and gender identity/expression through information campaigns and partnerships with civil society and the wider school community.”  It says that the “the Convention on the Rights of the Child also recognizes the rights of LGBTI children,” though neither the Children’s convention nor any UN human rights treaty mentions the issue.

The report uses one of the highly controversial “UN LGBT stamps” as a cover, and recommends that “curricula and learning materials are evidence-based and inclusive with respect to sexual orientation and gender identity/expression, including representation in content and illustrations.” It challenges “gender-specific uniforms and hair regulations” as a form of “implicit homophobic and transphobic violence.” The 60-page report does not mention an age-limit for sexual autonomy, nor does it mention parental rights.

The report is the latest salvo in this year’s heated debate on LGBT rights. UN member states are scheduled to adopt a resolution on bullying at the next General Assembly. Critics warn that it uses the issue of bullying as a pretext to mainstream homosexuality among children. They point out that there is no reference to children with disabilities, those belonging to religious minorities, or migrant children who are also targets of bullying.

Up until the admission of Palestine into UNESCO in 2011, the US government was the main sponsor of the agency, providing around $70 million, or 22 percent, of its annual budget. The Obama administration has repeatedly asked Congress to change the law, allowing the U.S. to renew funding.

Filling the gap, middle powers in Europe have been able to influence the UN agency’s agenda with relatively modest funding. For this report, which is part of a larger three-year project, the Dutch paid UNESCO US $396,802.