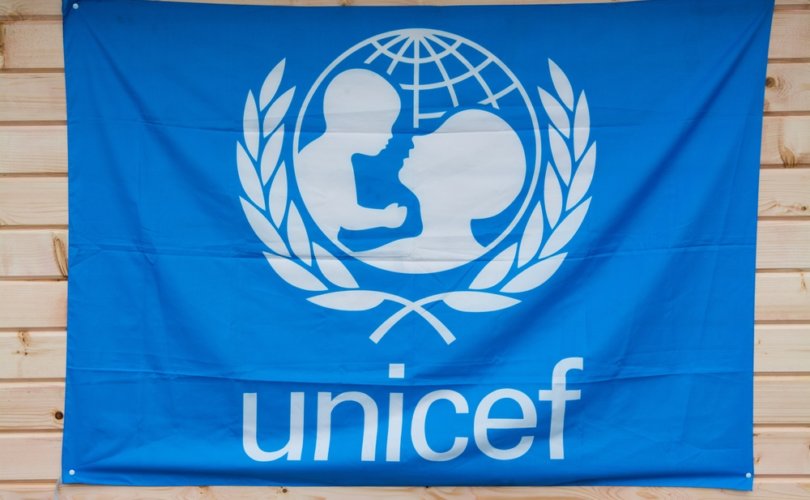 April 4, 2018 (C-Fam) – Fifty angry Christians picketed UNICEF's office near the UN during the just-completed Commission on the Status of Women, a UN conference where pro-lifers won a major victory.

UNICEF, that has long come under criticism from social conservatives, signed onto something called “International Technical Guidance on Sexuality Education” that calls for children to be able to “describe male and female responses to sexual stimulation,” and “summarize key elements of sexual pleasure.”

The UNICEF-endorsed document also mocks the idea of abstinence and, according to Family Watch International, sponsor of the UNICEF protest, and “distorts” the notion that children should delay and even avoid sexual activity until marriage. According to UNICEF, abstinence means “deciding when to start having sex and with whom.” The document also refers to abstinence as a “condition” and asserts that abstinence can be “harmful to young people's sexual and reproductive health and rights.” It is not clear how abstaining from sex can violate anyone's “rights.”

UNICEF also teaches that children as young as nine should “demonstrate respect for diverse sexual practices…” This is a reference to minors accepting abnormal sexual practices.

The document also promotes the idea that a person's “gender identity” may not match their biological sex. UNICEF wants this explained to children in kindergarten. They argue that five-year-olds should “reflect on how they feel about their biological sex and gender.”

This is not the first time UNICEF has come under criticism from Christian groups. For many years the Vatican withheld its largely-symbolic annual financial contribution because of UNICEF's promotion of abortion in Africa. The Vatican asked UNICEF to direct its contribution to a water project in Mali and not be mixed in with programs in violation of Church teaching. UNICEF refused. It is believed that the Vatican resumed funding in recent years.

In a 2003 report “UNICEF: Women or Children First?” the New York-based International Organizations Research Group [a program of C-Fam, publisher of the Friday Fax] revealed the gradual change in UNICEF from a focus on child survival to the promotion of radical feminism. The report showed that UNICEF was supporting the use of abortifacient “emergency contraception” in refugee situations, and also use of the “manual vacuum aspirator” that is used to finish miscarriages but also to perform abortions. The report also showed that UNICEF financially supported a South African group called loveLife (sic) that directed teen girls to abortion provider Marie Stopes International. UNICEF referred to the report as a “vendetta.”

Comprehensive sexuality education is a major programmatic interest of powerful UN agencies. Advocates have pushed hard for the phrase to be included in UN documents. Pro-family groups have found that delegates from traditional countries are outraged when they learn what this phrase means and how it is promoted by UNICEF and other UN agencies.

The phrase was deleted from the document under negotiation at the Commission on the Status of Women that ended with a pro-family victory last week.