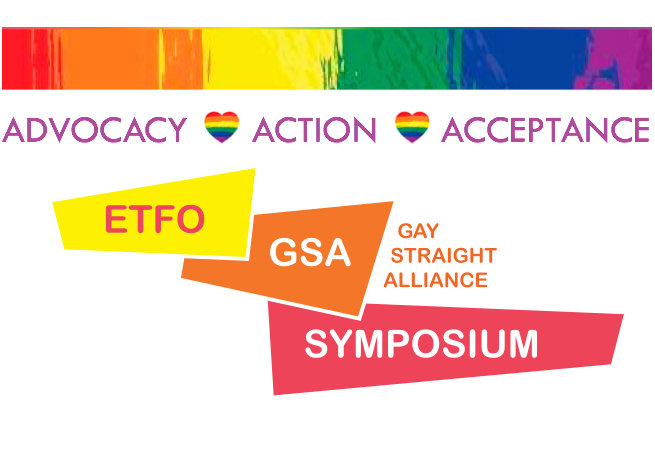 TORONTO, May 11, 2015 (LifeSiteNews.com) — Canada’s largest union of elementary teachers is hosting an event next week aimed at training teachers on how to push homosexuality in kindergarten through grade 8 by creating Gay-Straight-Alliance (GSAs) clubs in schools.

“Attend this symposium to find out what others are doing and how you might begin or continue your own school’s GSA journey,” states the Elementary Teachers’ Federation of Ontario (ETFO) in its brochure about the May 22-23 event.

Teachers attending the event will learn about “LGBTQ community resources and how to use them” in the classroom as well as how to “raise awareness” among children from the earliest ages about LGBTQ issues.

Jack Fonseca of Campaign Life Coalition criticized the event as “despicable,” telling LifeSiteNews that what is really happening here is a case of “activist teachers using innocent children as pawns to advance their adult sexual revolution.”

“Is nothing sacred to these militants? Do they really have to sexualize elementary school classrooms? Can’t we let kids be kids anywhere in our public education system? Isn’t there the slightest concern about producing sexual confusion or insecurity in the minds of young kids?” he said.

A Subway to Damascus blogger put it this way: “Why students aged 6-12 need to be learning about homosexuality is beyond me.”

Life-and-family leaders have criticized the push for GSAs in schools as having more to do with providing homosexual activists with an occasion to influence young minds into accepting the same-sex inclination and homosexual practices as normal and healthy than having to do with ending bullying. For evidence they cite studies, like a 2006 study commissioned by the Toronto District School Board, showing that the top causes of bullying in schools have to do with body image, grades, and language respectively, not students’ sexual orientation.

Fonseca said that when Bill 13 was rammed through in 2012 allowing for the creation of GSAs in schools, the Wynne/McGuinty Liberal government told the public at that time that the GSAs would be for high school students.

“Now, they’re reaching down to indoctrinate kids in Kindergarten through Grade 8. The pro-family movement warned this would happen, and now we’re proven right,” he said.

While Bill 13 stipulates that pupils are to “establish and lead” the clubs, one teacher told participants at a pro-gay teachers’ conference in Toronto last month that in practice this is not the case.

Speaking about starting a GSA last year in K-8 James Strath Public School, the teacher from Peterborough’s Kawartha Pine Ridge District School Board said that while the “kids were very acceptive, very excited about it,” the biggest challenge he faced was making the GSA look like it arose from the kids' own initiative.

“One of the biggest challenges is — with K-8 — I think it’s unrealistic to expect the kids to have a political wherewithal to realize that they can have this group,” he told fellow teachers in a workshop led by MPP Cheri DiNovo.

The teacher went on to say that while Bill 13 states that the clubs are to be established by students, in his experience it is the teacher who actually directs everything.

“Of course, it’s my agenda. Of course, I’m being the leader of my school, and I’m going to suggest this to the kids,” he said.

Fonseca said the reality is that little kids don’t start GSAs on their own, unless they are prodded by “activist teachers manipulating children to start them up so they can be puppeteers for their own agenda.”

“The reality is that GSAs are not at all about supporting same-sex attracted students from ‘bullying, discrimination and harassment.’ That’s a clever ruse to win over public sympathy of everyone from teachers to trustees to parents.”

“Of course, it’s my agenda. Of course, I’m being the leader of my school, and I’m going to suggest this to the kids.”

“But in practice, that’s not what the typical GSA event focuses on. The true objective of these gay pride clubs is to turn children against the religious and moral beliefs of their parents. That has always been the agenda. In practice, these clubs will produce the ‘bullying, discrimination and harassment’ of Christian students and teachers, under the guise of anti-bullying,” he said.

Fonseca’s comment is backed by LGBTQ activist Sason Bear Bergman — a woman who identifies as a transgender man — who wrote in a March 2015 piece titled ‘I Have Come to Indoctrinate Your Children Into My LGBTQ Agenda (And I'm Not a Bit Sorry)’ that her goal as an activist is to make people “like us, […] even if that goes against the way you have interpreted the teachings of your religion.”