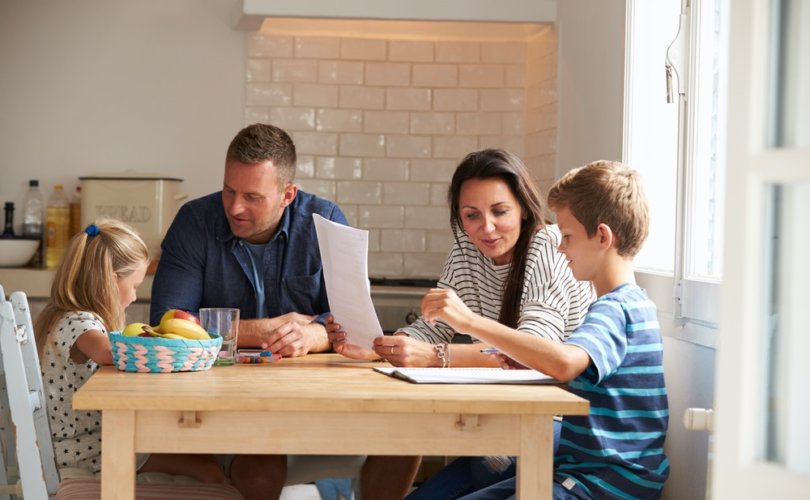 (LifeSiteNews) — As the debate over parental involvement in education continues, a new UN report suggests more regulation needs to be placed on those opting to homeschool their children.

In the United Nations’ latest “Global education monitoring report” for “2021/2” titled “non-state actors in education: who chooses? who loses?” the global organization suggests that a stricter regulatory system needs to be implemented to ensure that there is uniformity in what children are taught, regardless of where or by whom they are educated.

According to the UN report, the presence of “non-state actors” in education, which refers primarily to educators in the private schooling sector but also mentions parents involved in homeschooling, promotes “inequity” and “privilege,” and therefore the solution is for governments to consolidate “all” education into a “single system.”

The UN claims that the rise in homeschooling rates is the result of “advocacy by a global conservative movement.” The report goes on to criticize homeschooling for its alleged role in “exacerbating gender imbalances” and negatively impacting the employment rates of “mothers but not fathers,” a trend noticed when homeschooling rates skyrocketed during the COVID-era.

Responding to these arguments, Michael Donnelly, senior counsel for the Home School Legal Defense Association, wrote in an in-depth analysis of the report that “There is something deeply flawed with an international body that views ‘workforce participation’ as the be-all and end-all of human flourishing, especially when the topic is actually the education of children.”

“Many parents who stayed home and continue to do so en masse earn something more valuable and irreplaceable — that is, respect from and time with their children,” the lawyer and homeschool advocate added.

Continuing in his analysis of the UN’s report, Donnelly mentioned that the UN’s claim that one of the reasons government education has long been considered a “public good” is because it was invented for the promotion of “noble ideals and ruling ideologies,” is precisely why “many parents are drawn to home schooling today … ”

“Does equity mean teaching children to see all aspects of life through the lens of race? Does inclusion mean giving biological males access to girls’ sports and locker rooms?” Donnelly asked rhetorically. “The report is vague on these specific topics but is crystal clear as to its preference for government control of education.”

As a lawyer, Donnelly clarified that the right to homeschool children is defined in both U.S. law and in the 1948 Universal Declaration, which in response to Adolf Hitler’s Nazi Germany concluded that education “shall be directed to the full development of the human personality and to the strengthening of respect for human rights and fundamental freedoms,” and that “parents have a prior right to choose the kind of education that shall be given to their children.”

“Instead of leaning into more government control, U.N. education policy experts should lean into the evidence and into the U.N.’s own history and ideal of freedom by supporting policies that put parents in charge of making decisions about their children’s education,” Donnelly proposed.

“Such a reversal would be a much more faithful reflection of the ideas represented in its own human rights treaties.”

The topic of parental involvement in education has been a hot-button issue in America and other Western nations in recent months.

In Florida, Gov. Ron DeSantis received major backlash from the so-called LGBT community and other left-wing activists for signing a bill that protects young children from being taught about radical sexual concepts like transgenderism and gender identity.

While Republican states largely favor such protections, Democrat-run states like New Jersey have taken the opposite approach and have devised an even more radical curriculum that will teach second-graders about “gender identity” and “sexual orientation.”