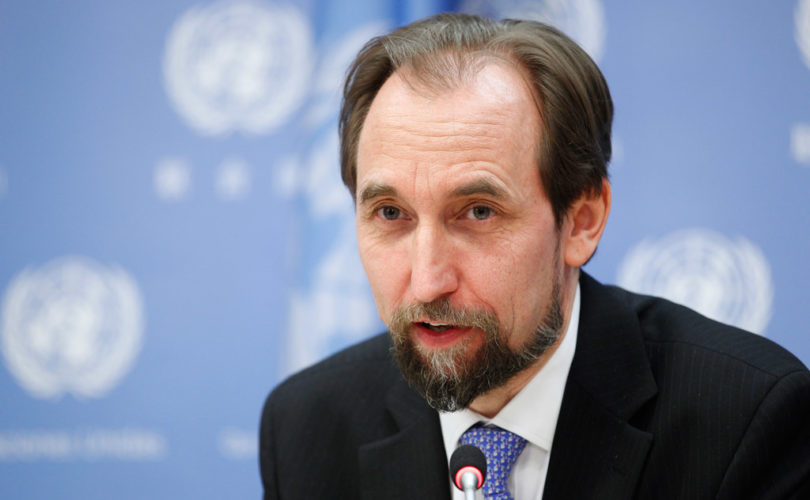 GENEVA, February 5, 2016 (LifeSiteNews) — The United Nations, following the lead of international abortion activists, is now urging Latin American countries hit by the mosquito-borne Zika virus to lift restrictions on abortion for pregnant women who have contacted the virus and whose pre-born children may be at risk for birth defects, including having smaller than normal heads.

The UN human rights office said today that it is not enough for South American countries to urge women to postpone pregnancy without also offering them abortion as a final solution.

“How can they ask these women not to become pregnant, but not offer… the possibility to stop their pregnancies?” UN spokeswoman Cecile Pouilly told reporters.

“Laws and policies that restrict (women’s) access to these services must be urgently reviewed in line with human rights obligations in order to ensure the right to health for all in practice,” he said.

But Brazil’s bishops strongly asserted yesterday that efforts should be made to eradicate the virus, not the people who may be infected by it.

The disease is “no justification whatsoever to promote abortion,” they said in a statement, adding that it is not morally acceptable to promote abortion “in the cases of microcephaly, as, unfortunately, some groups are proposing to the Supreme Federal Court, in a total lack of respect for the gift of life.”

Honduras Cardinal Oscar Rodriguez Maradiaga has also come out strongly against the notion of “therapeutic abortions” as a response to the problem. Unlike Brazil where abortion is legal in the case of rape or health of the mother, abortion remains entirely illegal in Honduras.

“We should never talk about ‘therapeutic’ abortion,” the cardinal said in a homily at a February 3 Mass in Suyap. “Therapeutic abortion doesn’t exist. Therapeutic means curing, and abortion cures nothing. It takes innocent lives,” he said.

While the World Health Organization (WHO) declared an international public health emergency February 1 on account of concerns over the virus, critics have pointed out, however, that not one death as resulted from the virus. Even on WHO’s own website the virus is described in mild terms.

“It causes mild fever and rash. Other symptoms include muscle pain, joint pain, headache, pain behind the eyes and conjunctivitis. Zika virus disease is usually mild, with symptoms lasting only a few days,” the website states. “To date, there have been no reported deaths associated with Zika virus,” it added.

Critics suspect that the crisis is being manipulated to advance an anti-human agenda on the pre-born.

“Is Zika, actually, a hideous virus that threatens to spread uncontrollably across the world creating an army of disabled children with tiny heads and low IQ’s? Or might this be a willful misinterpretation of the scarce data to manipulate public opinion and legislatures?” wrote pro-life critic Mei-Li Garcia earlier this week.

“It becomes very clear that the publicity surrounding this story has a very little to do with medicine and a lot to do with a convenient crisis that is being used by those pushing for the legalization of abortion around the world,” she wrote.