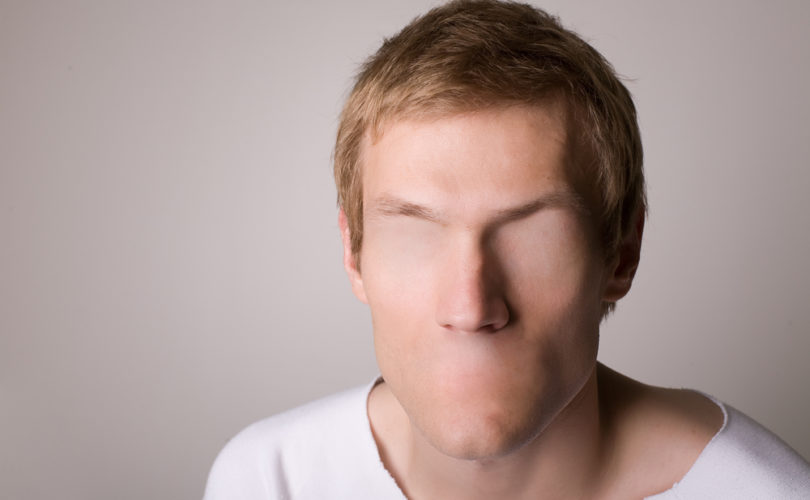 The Left is opposed to free speech, and seeks to restrict it wherever they can. The society they envision is one in which only one perspective is acceptable.

Nov. 2, 2015 (LifeSiteNews) – What does the Left want our society to look like? What is their endgame? This is a question that often comes up in the circles I travel in.

There are many answers to that question, of course, but I think one encapsulates things quite nicely: Universities. In order to see what the ideal endgame for the Left is, we simply need to look at institutions where they hold nearly complete power and impose their agenda with totalitarian impunity.

Freedom of speech, for example, is virtually non-existent. Universities claim to be marketplaces of ideas, but in reality, they are often simply enforcers of left-wing ideology. This year, the Justice Centre for Constitutional Freedoms only awarded eight A’s for campus free speech, while assigning forty-one universities with an F grade. Any Christian, conservative, or pro-lifer can attest to the fact that advocating for those positions at university often comes with great cost, imposed by university administrations, to liberal professors, to student unions. The student society of the University of Victoria, for example, actually denied the pro-life club’s right to exist on campus because posters they hung up advertising a debate between a pro-life speaker and a pro-choice ethicist “harassed” women. Even a debate in which both sides of the issue present their arguments is considered “harassment,” because on campuses, only one point of view is permitted.

I doubt either George Orwell or Aldous Huxley ever thought we would choose to sign up for both of their dystopias, – 1984 and A Brave New World.

One can only chuckle painfully at the wilting violets today’s feminists have become. The feminist cabal protested the idea that women were faint-hearted, soft-spoken creatures in need of protection from the scary world around them. I can only assume they feel nauseated by their “intellectual” descendants, who spend much of their time rushing about to baby-proof campuses with “trigger warnings” and ensuring that none of their swooning sisters should come into contact with an idea that might conflict with their own fragile beliefs. As Douglas Wilson wrote:

A university recently had to go through the calamity of allowing a conservative speaker to speak somewhere on campus, and they responded by creating a “safe” zone where people could come to deal with the trauma. The trauma of what you say? Well, the trauma of somebody out there saying things that unsettled them, you know, things that conflicted with what they already thought. That official safe place included trained counselors, videos of puppies, coloring books, and, like Dave Barry, I am not making this up. Somebody out there is saying things that do not comport with the Supremacy of My Feelings. All of this is, of course, just passive aggressive manipulation, and an assault on freedom of speech.

In fact, feminist icon Germaine Greer is now the target of a campaign by student activists, who are demanding that her Cardiff University lecture get cancelled after she objected to Bruce Jenner, the Olympic athlete and father who recently claimed that he is actually female, being named “Woman of the Year” by Glamour magazine. Greer told the BBC, “I think misogyny plays a really big part in all of this, that a man who goes to these lengths to become a woman will be a better woman than someone who is just born a woman.” But apparently, not even one of the world’s most famous feminists is allowed to transgress the new Cult of Feelings by expressing disapproval of a strapping man with what would assume are disqualifying attributes hanging between his legs being named woman of the year. It’s like watching the snake choke on its own tail.

It is impossible to invent the absurdities imposed on university attendees by the totalitarian timidity of university administrators and, more often, student unions and governments. UCLA professor Val Rust was accused of “microaggressions” by an offended student for correcting his grammar and spelling, which resulted in a massive protest of his class. This was because, according to the whiny children who somehow ended up in university, their spelling and grammar choices were more correct than their professor’s—because their “perceived grammatical choices…in actuality reflect ideologies.” This, they announced, created a “hostile campus climate” for non-white students.

The University of New Hampshire actually created a “bias-free language guide,” in which they advised students not to use the word “American”—it implies that the United States is the only nation in North and South America—“elderly,” which is properly stated as “people of advanced age,” and the word “healthy,” which, for those of us who aren’t ignorant and evil, should be rendered “non-disabled individual.”

Carleton University’s student association, after years of fundraising for those suffering with cystic fibrosis, decided to halt those efforts—because cystic fibrosis was a white man’s disease. And white men, as we all know, are the boogie men in every imaginable scenario, and any good university student not too busy apologizing for his skin tone and genitals should ensure that diseases targeting this malevolent populations proceed unimpeded by the Minority Victim Rulers of the Campus.

I could go on. There are literally hundreds of examples of this bizarre behaviour, and at this rate the only thing permitted will be Pixar movies with racially appropriate heroes.

I doubt either George Orwell or Aldous Huxley ever thought we would choose to sign up for both of their dystopias, – 1984 and A Brave New World – but there’s no denying that many of their prophecies have true in a way that proves these men to be eerily prescient.

The truth is the Left is opposed to free speech, and seeks to restrict it wherever they can. The society they envision is one in which only one perspective is acceptable, and where “ideas” and “discourse” are only historical artifacts of a more hellish time when the feelings of feminists were cruelly disregarded by those who failed to recognize their propensity for fainting. The truth is a very dangerous and inconvenient thing—and that is why it is our task to busy ourselves in dispensing it while the freedom to do so still exists.