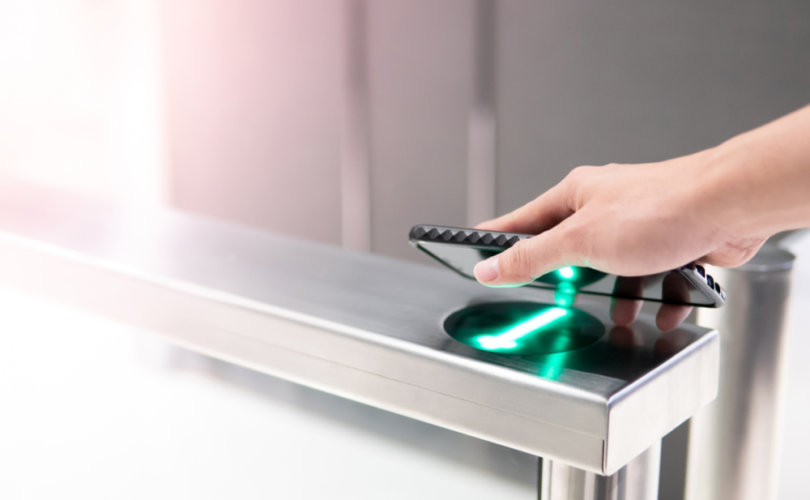 LINCOLN, Nebraska (LifeSiteNews) — A libertarian student organization is taking credit for ending a plan by its university to use a Bluetooth COVID tracking program for building access.

The University of Nebraska-Lincoln will no longer require students to use the “Safer Community App.” The software blocks access to campus buildings if a student tested positive for COVID.

It also used a “color-coding” system based on a student’s testing and vaccination status, according to Young Americans for Liberty (YAL).

“This app also tracks the phone of students through [B]luetooth and location services to ensure that they do not come within 6 feet of someone who has tested positive for COVID-19,” a petition from UNL YAL leader Zachary Gale said.

“Chancellor [Ronnie] Green has been aware of Young Americans for Liberty … and our efforts to get rid of the Safer Community App,” Gale told LifeSiteNews via a phone interview Friday. He said his organization hired an attorney last semester and threatened to sue over a bi-weekly testing plan.

His group has worked with other organizations to host a “massive event” about “medical freedom.” “There’s been a lot of pressure on the university from all sides,” Gale said, including attending Board of Regents’ meetings.

“In about a span of two weeks, once we launched the petition, [through] all our coordinated efforts,” Gale said, “a bunch of people pushed the petition online.” Medical freedom also activists used QR codes around campus to collect signers.

“We held the line” to continue to push back against the threat on civil liberties on campus, Gale told LifeSiteNews.
Gale’s petition, started in October, asked the university to end the building access restrictions.

“[Chancellor Green] and his staff should not harm their students’ education by restricting access to academic buildings at the students’ own University,” the petition said. It had over 500 signers, according to an email sent to LifeSiteNews.

“I was just trying to warn people about the university’s threat to student liberty, from Bluetooth contact tracking to ‘papers-please’ status check apps for entering buildings,” Gale said in YAL’s news release email.

“Thankfully, Nebraskans care deeply about their freedoms, and our petition to end the so-called ‘Safer Community’ app garnered enough support to put an end to our university’s tyrannical COVID-19 guidelines,” the YAL leader said.

Gale’s efforts are part of a broader campaign by the national YAL organization to defend students’ privacy and speech rights on campus.

This is the first victory for the organization under the Students Rights Campaign.

“University campuses around the country are denying their students basic rights to self-ownership, self-defense, and many other inalienable rights we value as free people,” YAL explains on its website. “You, as a student, should not be expected to leave your rights at the door as you earn your college education.”

“A year-and-a-half into ’15 days to slow the spread,’ students are standing up to demand their privacy and autonomy,” YAL Director of Free Speech JP Kirby said in a news release. “Zach and his team reached their classmates, confronted Nebraska’s board of regents, and took the action necessary to take their rights back.”

“This victory for the Student Rights Campaign shows what can happen when students realize the only way to preserve their own freedoms are to answer the call to action and take bold, decisive steps to wrestle them from the hands of bureaucrats,” Kirby said.

The Safer Community App also had an error that made a security breach likely, and Gale is not the only UNL student to raise concerns about the app’s privacy and security.

The university deactivated an “exposure notification app” in November after an engineering student alerted officials to a coding error. “No data was ever breached,” a spokesperson told the Lincoln Journal-Star.

“I’ve done this long enough that you kind of get a spidey sense for when something is indicative of bigger issue,” Carlson told the Journal-Star. “I don’t think [developer Rokmetro] had the security expertise they needed to make something like this.”

The founders of Rokmetro include John Paul, a University of Illinois engineering and entrepreneurship professor. The public university appears to be behind the company.

“The Rokwire COVID-19 Solution prioritizes health as well as privacy,” the company’s website says. “Developed by the University of Illinois.”