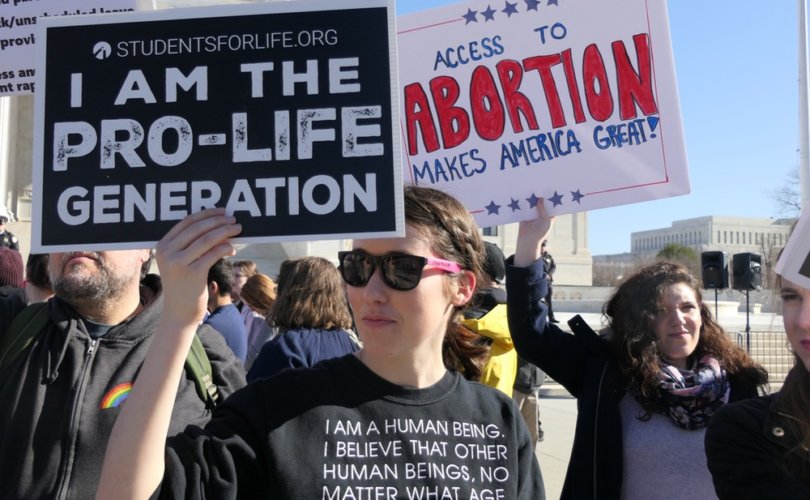 MINNEAPOLIS, Minnesota, May 14, 2018 (LifeSiteNews) – The University of Minnesota, Twin Cities has reversed its plans to hire a board-certified medical doctor to learn from Planned Parenthood how to train other doctors to commit abortions.

The “Reproductive Rights Advocacy Fellowship” was a one-year medical fellowship that would have hired a doctor to “spend one year as a ‘trainer in training,’” Campus Reform reports, learning to commit abortion and abortion-related procedures, such as “vacuum aspiration of the uterus.”

The fellowship has since been pulled by the University after student outcry.

“We have pulled the position from the web site and are no longer hiring for this role,” UM Medical School Dean Jakub Tolar said via a statement. “We will examine the value of this training in the context of our mission along with the values of the community.”

After the doctor had learned to perform abortions, he or she would have been sent to “teach these procedures to others,” the job description said, including “spending at least 20 days at a high volume abortion site, getting training and becoming a trainer.”

“Abortion training at Planned Parenthood MN, ND, SD in St. Paul, MN,” was in the first part of the curriculum, and so was training for “family planning,” “reproductive health,” and “reproductive advocacy.”

Creating a pro and con chart on having an abortion and managing patients’ spiritual or moral concerns were part of the proposed counseling techniques the doctor would learn in the fellowship.

A workbook for the doctor describes abortion as a “safe” procedure and one of the “most common outpatient procedures performed among women” in the United States. It went so far as to suggest that medical abortion may be better than carrying a child to term, stating, “The [maternal] mortality associated with childbirth is 14 times that of legal abortion.”

After Campus Reform reported on the fellowship, some students from various UMN campuses spoke up, saying it was “unthinkable” and “disgusting.”

“It is frightening that a publicly funded university is actively promoting and supporting abortion here on campus,” Nick Johnson, the president of Students for Life at UMN, Twin Cities said.

“The university has a job to uphold a high moral standard being educators,” said Johnson, “and they are clearly violating these principles by further engaging in abortion promotion.”

UMN-Duluth’s pro-life club Bulldog Students for Life said, “Abortion should be unthinkable, and to see the University of Minnesota embrace the pro-abortion throwaway culture raises many questions.”

“What are the University’s motives in supporting this industry?” asked that group’s president, Noah Maldonado. “If they are caving to the abortion lobby now, what else is in store?”

“We don’t know at this point,” he added, “but what we do know is our tuition dollars are supporting an institution that does not only disregard the fundamental dignity of every human life but is hell-bent on destroying it.”

“Doctors are hired to save lives, not terminate them,” said Alex Grubish, another UMN-Duluth student.

The University removed the job posting from its website and also took the job advertisement from job search platforms, including Monster and Indeed.

While student pro-life leaders were glad for the decision, they aren’t necessarily giving the University a pass.

“The University backing down in hiring a doctor to train in the methods of abortion is a great victory for life on campus,” said Johnson. “It shows that pro-life individuals have a strong voice and will not allow our public institutions to promote the unjust act of abortion.”

Bulldog Students for Life Vice-President Mika Colson said she is relieved, and the “decision for the college to not hire an abortionist will save many children’s lives as well as protect many women who will not suffer through the painful event of an abortion.”

“It is still disturbing the university would even consider a position in the first place, since abortion violates the basic principles of medical care,” Students for Life of America spokesman Matt Lamb said. “Being a doctor is supposed to be about helping patients make healthy choices and protecting the dignity of life – abortion advances neither of these goals.”

The University declined to answer Campus Reform’s inquiry about whether it still procures aborted baby parts for research, redirecting instead to a public records request.