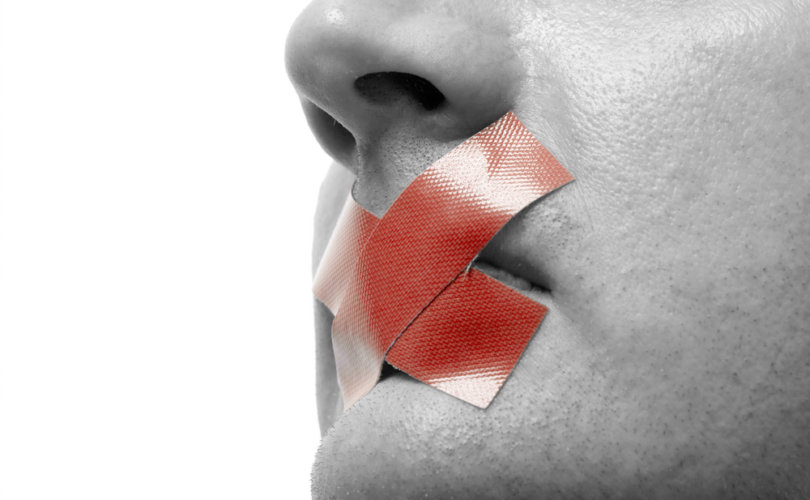 MINNEAPOLIS, July 16, 2018 (LifeSiteNews) — Failing to refer to a gender-confused student, professor, or staffer by his or her “preferred” pronouns could become a fireable or expulsion-worthy offense at the University of Minnesota, according to proposed guidelines currently under consideration.

The administrative policy document, titled “Equity and Access: Gender Identity, Gender Expression, Names and Pronouns,” claims that individuals’ understanding of their own gender “may include female, male, transgender, genderqueer, genderfluid, gender nonconforming, Two Spirit, intersex, nonbinary, and many others.” It further claims that gender identity “cannot be observed” and “may shift over time,” and that “the only way a person can know an individual’s gender identity is when they tell you.”

In fact, sex is rooted in an individual’s chromosomes and reflected in hundreds of genetic characteristics. While there are extremely rare cases of hermaphroditism, in which people are born with ambiguous genitalia or their apparent sex doesn’t match their chromosomes, most kids displaying gender confusion outgrow it on their own and experts warn that reinforcing their misconceptions can lead to a variety of emotional and mental health problems.

Regardless, the document declares that all “University members and units” (encompassing students, faculty, staff, guests, volunteers, contractors, and employees of any entity affiliated with the university) must refer to each other by “the names, gender identities and pronouns specified to them by University members, except as legally required.”

The document also calls for allowing gender-confused individuals access to “University activities and programs consistent with their gender identities including, but not limited to, housing, restrooms, locker rooms, recreation services and activities, and camp programs.”

University officials say the document is not finalized yet, the Star Tribune reports. “I don’t think I’m prepared to talk about the specifics of what would be permitted and not at this stage,” the school’s Equal Opportunity and Affirmative Action office executive director Gabrielle Mead said. She added that punishment would “really depend on the circumstances.”

But while the effort has plenty of fans among the faculty and student body, others are expressing concern.

The draft “just set off the free speech alarms immediately,” computer science professor and Faculty Consultative Committee chair Joseph Konstan said. “Where it becomes controversial is where you move from being about good behavior […] into a disciplinary matter.” Konstan also questioned whether the school will “allow a student to say we won’t room with somebody who was born with a different gender.”

“Suppose you slip up and just accidentally use the wrong one. Is that harassment or discrimination?” media ethics and law professor Jane Kirtley asked. “Does everybody get one free pass and after that, it’s harassment?”

“I don’t have an issue calling a student by a name that she or he or ze prefers,” Kirtley continued. But “looking at the proposal policy with a lawyer’s eyes, I am concerned […] I frankly do not see how they could enforce something like this.”

On Sunday, Hot Air’s Jazz Shaw offered a solution to any parents facing the housing question.

“If you find out that your kid is being assigned to such a housing situation you are still within your rights to change schools,” Shaw wrote. “Yes, it can be expensive and a disruption to the student’s expected graduation schedule, but if enough families are doing it they’ll probably get the message.”

The university will hold a 30-day public comment period this fall before enacting the final version of the new rules, Mead said.

The University of Minnesota is no stranger to promoting political correctness and left-wing agendas. Last December, it told faculty and staff not to display either religious or secular Christmas and Hanukkah on campus, including Santa Claus, Nativity scenes, dreidels, or menorahs. In May, public backlash forced the University of Minnesota-Twin Cities to cancel plans to teach a doctor to perform abortions and provide abortion training.