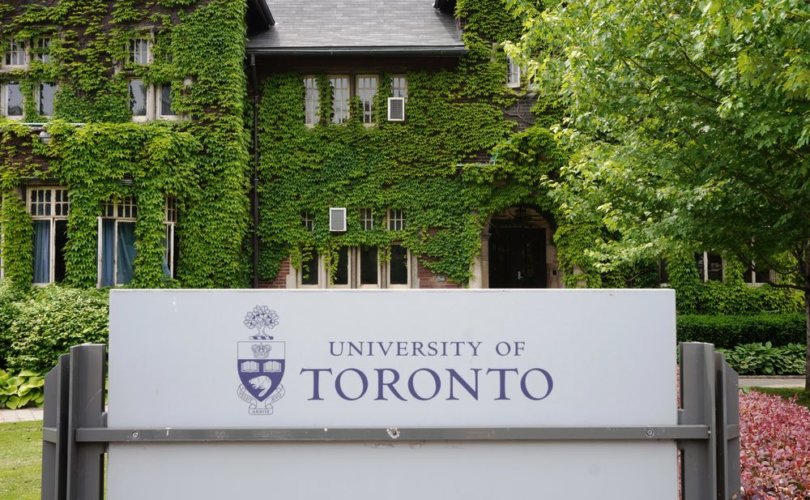 TORONTO (LifeSiteNews) – Roughly a month after a group of University of Toronto faculty submitted a formal human rights complaint seeking an end to the school’s vaccine mandate, the university announced it will be rescinding its COVID-related policies.

“University of Toronto staff, students, and faculty presented a letter to the University of Toronto’s top administrators on February 16, 2022, prepared by counsel Mr. Courtney Betty and Mr. Glyn Hotz and sent on behalf of individuals affected by the university’s vaccination mandates. The letter outlines claims of the affected parties, many of whom have already been placed on 12-months unpaid leave, intend to make in a pending Human Rights Tribunal of Ontario Group Application. These claims are now being filed,” a group of faculty members revealed in a press release earlier this month.

Less than two weeks after the complaint was filed, the University of Toronto updated its so-called COVID health guidelines, announcing that they will no longer be enforcing vaccine mandates or compulsory mask wearing on their campuses.

Prior to both the complaint filing and the rescinding of the mandates, a paper featured on the University of Toronto’s own law faculty website took aim at vaccine mandates, suggesting the policies may inflict more harm than good.

According to the paper, “vaccine mandates, including those recently renewed by Ontario universities, are scientifically questionable, ethically problematic, and misguided.” The paper added that discrimination based on COVID-19 vaccine status “disproportionally impacts human rights, promotes stigma and social polarization, and adversely affects health and wellbeing.”

The paper makes similar points to the arguments raised by the faculty members who filed the Human Rights Tribunal Complaint against the university.

In the human rights filing, the group states that the university violated the rights of members of the community by not only using an “overly narrow” definition of what entitles someone to an “accommodation” if he or she desires to remain unvaccinated, but that the school actually “concealed that there are grounds for accommodations” in the law at all.

The University of Toronto is not the only school to have faced accusations of harmful conduct in relation to COVID-19 policies. Last week, a former staff member at the University of Guelph wrote a letter to the president of the school explaining how being placed on unpaid leave over her decision to not receive the experimental COVID jab led to her losing her home.

This is despite the fact that there is a growing body of data indicating that vaccine mandates and passports have been failed strategy for tackling COVID, reports showing the vaccines being linked to millions of injuries and thousands of deaths, as well as data showing COVID-19’s high survivability among most groups, its now understood minimal risk of asymptomatic spread, and research indicating that post-infection natural immunity is far superior to vaccine-induced immunity.