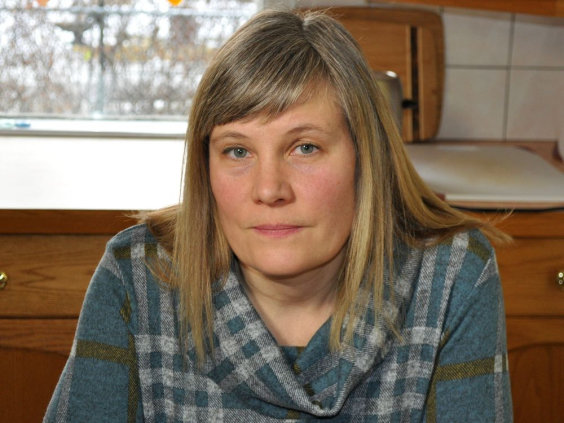 EDMONTON, Alberta, July 3, 2020 (LifeSiteNews) – A western Canadian anthropology professor says she was removed from an administrative position at the University of Alberta because she views biological sex as “real and relevant” despite it being “currently out of fashion in academia.”

In March, Kathleen Lowrey, a self-described gender-critical feminist, said she was informed by Lesley Cormack, the Faculty of Arts dean, that her three-year term as associate chair of the undergraduate department of anthropology would end effective July 1.

In the letter, Cormack said it is no longer in the best interests of “the students or the university for you to carry on,” and that she was no longer “effective” in her administrative role.

Lowrey, who has been at the university since 2005, told the National Post that the university’s Office of Safe Disclosure and Human Rights said anonymous complaints were made to them by students who claimed Lowrey’s views were making them feel “unsafe.”

Lowrey, who is a tenured professor with the university, said she was given no reasons as to why her administrative role was being terminated, but she believes it was due to her views on biological sex.

“I don’t agree with biological sex being irrelevant,” Lowrey was quoted as saying by the Edmonton Journal.

“I think treating biological sex as irrelevant has some really serious policy implications. As an example, housing trans-identified men in women’s prisons is not fair to women prisoners and I think it puts women at risk.”

Lowrey recently took on the role of associate chair of the undergraduate department of anthropology at the university.

Lowrey told the National Post that she was urged to resign from her position “for the good of the department” before she was officially let go by the University.

“My chair was hoping that for the good of the department I would resign from my position,” she explained.

LifeSiteNews reached out to the University of Alberta for comment regarding Lowrey.

Hallie Brodie, the university’s strategic communications manager, told LifeSiteNews that Lowrey’s academic appointment as an associate professor in the Department of Anthropology at the University of Alberta “has not changed.”

“Her research and teaching continue, including her exploration of gender-critical feminism,” Brodie told LifeSiteNews.

LifeSiteNews also contacted Lowrey but was not able to connect with her before this report was filed.

Lowrey told the Edmonton Journal that she tells her students from the “the first day of class we’re going to read materials in this class that are currently out of fashion in academia.”

She added that she made sure that her students did not “have to agree with me.”

“Since this is a university, I think it’s important to be exposed to — this is important literature they should be aware of.”

Lowrey also told the Edmonton Journal that there are “very dangerous” implications in what the university has said on the matter because they terminated her from an administrative role.

“The university has said it’s perfectly OK to fire people for doubting that men can get pregnant, for doubting lesbians can have penises,” she said. “The implications are very dangerous because this is a live issue in our contemporary Canadian democracy.”

Lowrey said the faculty association has filed a grievance on her behalf.

In an op-ed piece dated June 11, Edmonton Sun columnist Lorne Gunter commented that even though he might not see “eye-to-eye” on much with Lowrey because “she’s a Marxist and radical feminist,” free speech is not just for “people you agree with.”

“Free speech doesn’t mean much if you only defend it for people you agree with. … Free speech is useless unless it protects even speech you find offensive,” Gunter wrote.

“If the University of Alberta cannot see how dangerous it is to let one group dictate what the truth is and silence all other points of view, then it is in serious intellectual trouble.”

Lowrey’s views that biological sex is relevant have been shared by other prominent self-proclaimed feminists who say that eliminating the reality of one’s birth sex can have detrimental consequences for women.

Recently, Harry Potter author J.K. Rowling was heavily criticized for saying she refuses to “bow down” to “new trans activism.”

Rowling published a lengthy essay on her website June 10 giving the reasons why she opposes the transgender agenda.

“When you throw open the doors of bathrooms and changing rooms to any man who believes or feels he’s a woman – and, as I’ve said, gender confirmation certificates may now be granted without any need for surgery or hormones – then you open the door to any and all men who wish to come inside. That is the simple truth.”

“So I want trans women to be safe. At the same time, I do not want to make natal girls and women less safe,” Rowling wrote in her essay.