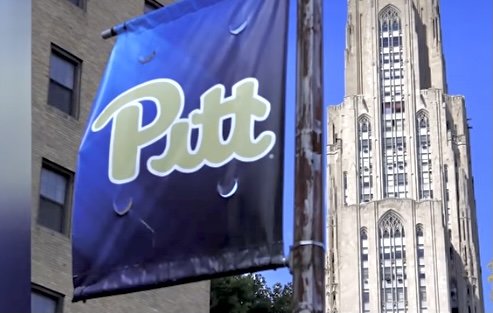 PITTSBURGH (LifeSiteNews) — A major university’s prestigious medical research programs — accused of improperly conducting gruesome experiments on baby body parts obtained through abortions — have been found by a legal team hired by the university to be “in compliance with federal and state laws.”

Despite claiming that its research involving fetal tissue and body parts has always been above board, the University of Pittsburgh (Pitt) hired a Washington, D.C. law firm, Hyman, Phelps & McNamara, P.C. (HPM), in order to push back on reporting by pro-life activists, media, and organizations such as The Center for Medical Progress and  Judicial Watch, which have cast a bright spotlight on Pitt’s Mengelian research, reportedly sometimes involving the harvesting of organs of aborted babies born alive.

The horrifying research that has been deemed to be ‘legal’

In December 2020, LifeSite reported that the University of Pittsburgh had been conducting medical research by grafting scalps from aborted babies onto rodents.

After publishing an article in the National Catholic Register about the many ways that aborted children are being used for scientific research at major universities and hospitals in the United States, author Stacy A. Trasancos tweeted a summary of her horrifying findings.

Trasancos is executive director of Bishop Joseph Strickland’s St. Philip Institute of Catechesis and Evangelization in the Diocese of Tyler, Texas.

These are crimes against humanity that should be prosecuted. Silence in the face of these atrocities simply adds to the evil. Wake up America! Demand that this stops NOW! https://t.co/sKkDNOfLBJ

A few months later during the spring of 2021, a six-minute video produced by the Center for Medical Progress (CMP) uncovered more horrifying research at Pitt.

“The University of Pittsburgh is a hub for some of the most barbaric experiments carried out on late-term aborted human infants — experiments funded by the United States government,” explains the narrator. “At the same time, the University sponsors the local Planned Parenthood abortion business in what looks like an illegal quid-pro-quo for fetal body parts.”

At one point, the video shows a photo from a protocol developed by a University of Pittsburgh scientist “for harvesting the freshest, most pristine livers from five-month-old aborted babies in order to isolate massive numbers of stem cells for experimental transplantation into adults.”

Liver being harvested from a premature baby, aborted alive via ‘labor induction,’ still attached to his / her umbilical cord.

The Pitt scientist who developed this experiment reportedly received nearly $3 million from NIH.

The video also noted that Pitt has benefited from a multiyear, $1.4 million grant from NIH’s GUDMAP project, establishing the university as a major distribution hub for aborted fetal kidneys and other fetal body parts for NIH-funded projects across the country.

“Two years ago, sources told CMP that Pittsburgh was one of the major hubs of the FBI’s investigation of Planned Parenthood’s involvement in the human trafficking of aborted fetuses. This isn’t surprising, because CMP undercover investigators were told previously by Planned Parenthood Western Pennsylvania (PPWP) abortion doctors who were on staff at Pitt that they supplied the University’s tissue bank,” explains the video.

Morally reprehensible, but within government guidelines

The 27-page HPM report allowed that “Although the use of human fetal tissue in research may not be universally accepted, federal and state laws, as well as NIH grants policy, permit these activities as long as certain requirements are met.”