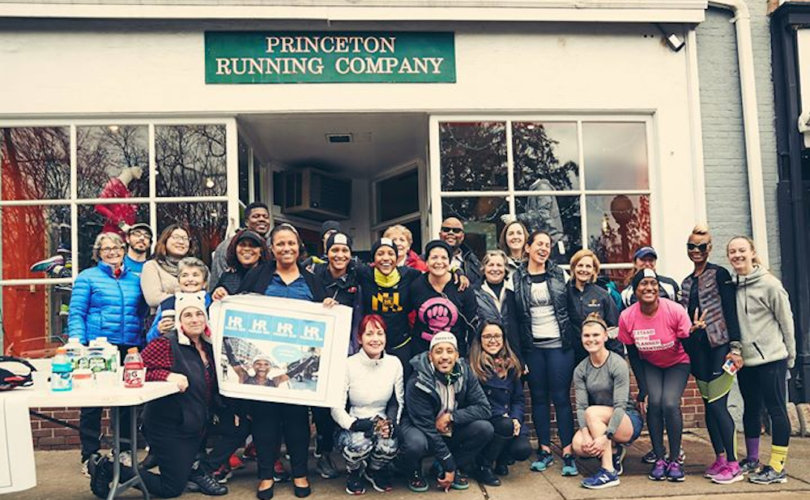 Associate Dean of the College Khristina Gonzalez organized the event and served as its “ambassador.” All proceeds went to the nation’s largest and most lucrative abortion business.

The event’s purpose was “to raise visibility and funds for Planned Parenthood of New Jersey — and to advance the social dialogue about equitable healthcare, women’s rights, and empowered wellness more broadly!”

Backlash was immediate from pro-life Princetonians.

The student group Princeton Pro-Life told Campus Reform that they were “deeply hurt and saddened” by the divisive move.

“We affirm the essential dignity of the human person as well as an unborn child’s right to life,” the pro-lifers said. “We believe that a comprehensive discussion of women’s rights is one that acknowledges the rights of unborn women.”

Abortion “is an act of one person forcibly ending another’s life through bodily harm,” Princeton Pro-Life explained, and it is therefore “in violation of our belief in bodily autonomy.”

Anscombe Society president emeritus Thomas Clark agreed that the university’s involvement with Planned Parenthood “will have an alienating effect” on pro-life students. He questioned why, with so many unifying causes to support, Princeton University Office of Religious Life would rally behind “an organization that was founded on a racist and eugenicist ideology” and is “a morally destructive force in America today.”

Clark called the religious life office’s participation “deeply troubling.” The department’s purpose is to facilitate students’ living their faith and promoting understanding “across religious lines, not to be divisive by officially co-sponsoring an event … many different faiths would find morally abhorrent.”

Students for Life’s Kristan Hawkins reacted that it was “ludicrous for a ‘religious life’ office to celebrate” abortion. “Every day, Planned Parenthood coerces 900 women into believing that abortion is their only option,” she pointed out. “During each abortion, a human life is ended and the other is negatively changed forever.”

Instead of raising funds “to kill innocent human beings,” Hawkins said the Princeton University Office of Religious Life should support “real life-saving and life-changing work, such as the 50+ pregnancy resource centers in New Jersey.”

On the pro-abortion side, Unitarian Universalist Chaplain Bill Neely said it was “fun and healthy” for Princeton University Office of Religious Life to support “the essential work of Planned Parenthood.” He said he was “inspired” by the university’s involvement.

Princeton Students for Reproductive Justice also chimed in, praising “this show of support” that “sends the strong message” that PUORL backs “reproductive health.”

Planned Parenthood does not offer prenatal care, medical mammograms, or other basic women’s health care services. A survey of 92 Planned Parenthood franchises found they do not have OB/GYN on staff and only ultrasounds for pre-abortion measurements.

Princeton professor Liz Harman recently made news nationwide by asserting that personhood, value, and “moral status” are dependent on future birth and wantedness. “If you had been aborted, you would have existed, but you just would have had this very short existence in which you wouldn’t have mattered morally,” she told actor James Franco.