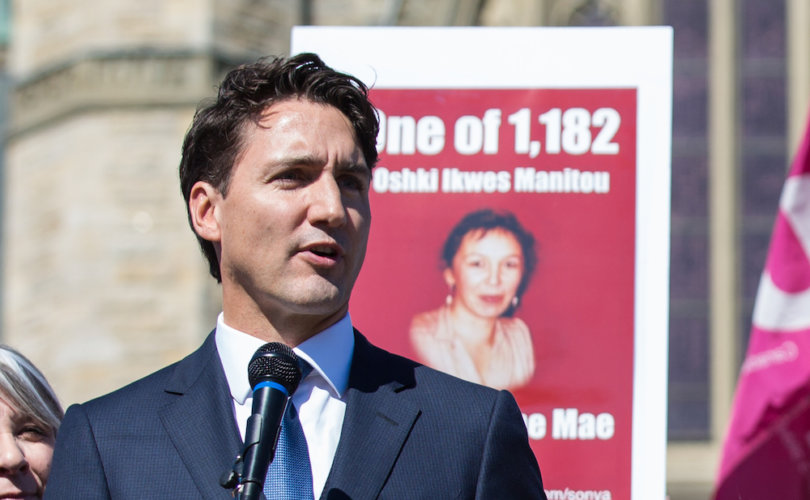 OTTAWA, July 28, 2017 (LifeSiteNews) — Justin Trudeau’s government have hit back this week at President Trump by emphasizing that they are actively recruiting “transgendered” people for the Canadian military.

After President Trump tweeted Wednesday that the U.S. would ban the “transgendered” from serving the military “in any capacity,” the Canadian Forces tweeted:

The tweet included a photo from the 2016 Toronto Pride Parade.

The Liberals will “continue to focus on the recruitment and retention of under-represented groups within the Canadian Forces’s ranks,” Jordan Owens told CBC.

“Our diversity strategy and action plan will promote an institution-wide culture that embraces diversity and inclusion.”

Department of National Defence spokesperson Daniel Le Bouthillier echoed this, telling the CBC that “[d]iversity is viewed as a source of strength and flexibility, plays a pivotal role in making the Canadian Armed Forces a modern, forward-looking organization, and is imperative to the CAF’s operational effectiveness.”

Added Le Bouthillier: “To achieve that objective, the CAF is committed to increasing diversity and promoting inclusiveness amongst its personnel.”

The Canadian Armed Forces is currently updating its 2012 policy for transgender members, Le Bouthillier told CTV, which reported there are an estimated 200 transgender persons in the Canadian military.

Homosexual, bisexual and lesbian individuals have been allowed to serve in the Canadian Forces following a 1992 court case, the CTV reports.

By contrast, Trump caused a firestorm of protest when he tweeted Wednesday that “[a]fter consultation with my Generals and military experts” he was banning transgendered persons from serving in the US armed forces “in any capacity.”

Trump and supporters defending his policy maintain that the military should not be sidetracked with the distractions and costs of appeasing a tiny minority.

“Our military must be focused on decisive and overwhelming victory,” Trump tweeted, “and cannot be burdened with the tremendous medical costs and disruption that transgender in the military would entail.”