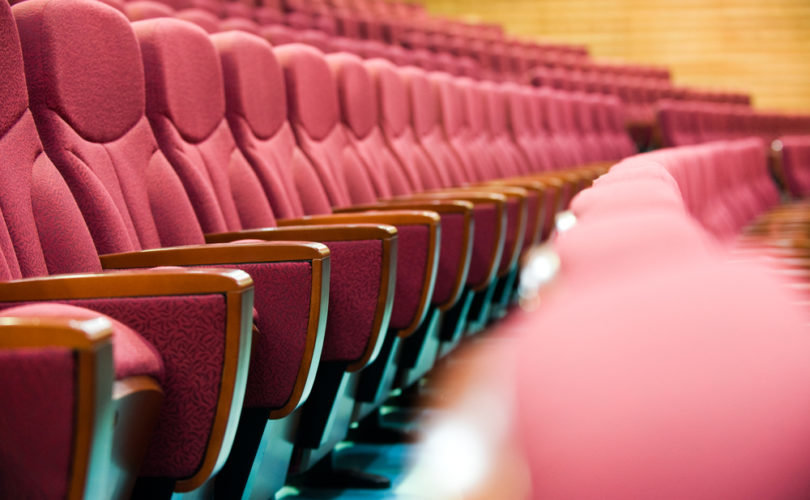 OTTAWA, May 20, 2019 (LifeSiteNews) — Distribution companies are effectively banning the film Unplanned from screening in Canadian cinemas, according to the producers of the pro-life biopic.

Speaking at an Ottawa news conference on May 8, producer Lisa Wheeler said, “We have been effectively blocked from distributing the film in Canada.”

Chuck Konzelman, the film’s writer, director, and producer, told LifeSiteNews via email that at least one of the two largest Canadian film distributors said “content” rather than a lack of consumer demand is the reason for banning the film.

According to Konzelman, Canadian law requires that films have distributors so that they can be shown theatrically. In addition, no rating from one of the provincial film boards can be granted, because the producers must list a distributor on the application forms to the film boards.

Based on the memoir of Abby Johnson, a former Planned Parenthood leader who eventually left the movement, Unplanned experienced success in the United States, taking in more than $18 million at the box office since its release in March, having been budgeted for $6 million.

Regarding the ban on the film, Johnson told a news conference earlier this month, “I would like to say I’m surprised, but I’m not.” Speaking on the day before Canada’s March for Life, Johnson told the media, “I have to wonder what they’re afraid of.”

Two of the largest distributors in Canada, Landmark and Cineplex, have no plans to show Unplanned. In an email response to LifeSiteNews, Konzelman confirmed that there are still no distributors for the film in Canada.

“In Canada, Cineplex basically has monopolistic power … the National Post mentions them as controlling nearly 80 percent of all movie screens, and from our limited experience, they seem to have many of the most desirable locations, in and near the major metropolitan areas,” Konzelman wrote. “So rejection by Cineplex basically means we're not playing in Canada.”

Landmark did not respond to a request for comment.

Konzelman confirmed that Canada’s largest distributor, Mongrel Media, turned down the film because of its “content.” Writing that Mongrel’s response begs the question, “What's wrong with our content?” he confirmed that there is “nothing objectionable in the film; no foul language, no nudity, no sexuality, and the only violence is that which is necessarily connected with an abortion procedure.” He concluded that “it's the pro-life message itself which is objectionable” to the distributors.

Konzelman said Cineplex gave “unsatisfactory answers” when asked why it did not distribute Unplanned. He said it is highly unusual for a successful indie U.S. film to lack theatrical distribution in Canada. The movie should have started distribution in Canada in March and at the time of its premiere in the United States, Konzelman said. But Cineplex, as well as other distributors, and shareholders may suffer profit losses throughout the summer season and into Christmas as a result of the ban.

While Canada’s film distributors have made their point about the content of Unplanned, Konzelman said he is confident that Canadians will also have a chance to make their voices heard and take action.

Johnson called on Canadians to defend “fearlessly” the sanctity of human life. At Canada’s March for Life at Ottawa, she called Canadians “the most polite people in the world.”

Calling Canadians to action, Johnson said March 9, “You gotta stop being so dang polite. Life is on the line. Children are being killed, dismembered in their mothers’ wombs. There is nothing polite about abortion, and it is time for us to stop cowering to the liberal media, to your liberal parliament. Enough is enough.”

Johnson left her job as a manager at a Planned Parenthood abortion facility in October 2009 after being told the number of abortions should be doubled. And in a scene depicted in the film, her watershed moment came when she witnessed the ultrasound-guided abortion of a 13-week preborn child. She now leads And Then There Were None, a nonprofit that helps abortion workers who leave the industry.

Viewers in Canada and the U.S. can watch Unplanned via PureFlix, an online streaming video service that offers family-friending, Christian programming.

May 21, 2019 update: This report was updated to include information on how Canadians can watch “Unplanned” via https://www.pureflix.com/.