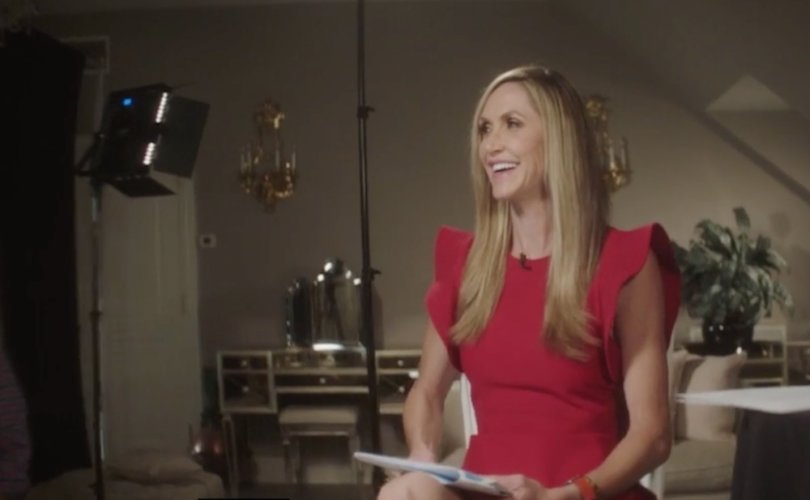 September 4, 2020 (LifeSiteNews) – Two producers of Unplanned, the 2019 hit movie about Abby Johnson’s conversion from Planned Parenthood director to pro-life activist, released today a trailer for a new documentary about high-ranking women in the Trump administration.

The documentary, which will be released on digital platforms on October 1, is called The Trump I Know and features exclusive interviews inside the White House and the private homes of some of the most powerful women in the Trump administration, including Lara Trump, Mercedes Schlapp, Katrina Pierson, Kayleigh McEneny, and Kellyanne Conway.

In an exclusive clip from the documentary obtained by LifeSiteNews, Trump re-election senior advisor Katrina Pierson shares why she’s pro-life.

“My mother was 15 years old, and my mother was pregnant by a slightly older black man. It was my white grandfather who told his only daughter that abortion wasn’t an option. So, he did what they did back then: they [sent] their unwed pregnant daughters away.”

“So my mother was sent to live with my maternal grandmother in Kansas, where I was born,” Pierson explained. “You know, when I hear the argument today about, well, it’s gonna be so hard on the child, you’re too young to have a kid…we’re all here on our own journey. People assume that I’m pro-life because of some spiritual conviction. And that’s just not the case. I’m pro-life because I have one.”

The trailer comes on the heels of the RNC, which featured female pro-life luminaries such as Johnson, McEneny, and Conway. McEneny, who has an infant daughter, spoke of the president supporting her and her family and said he called her after her breast cancer prevention surgery.

“As I came out of anesthesia, one of the first calls I received was from Ivanka Trump,” McEneny shared at the RNC. “Days later, as I recovered, my phone rang. It was President Trump, calling to check on me. I was blown away. Here was the leader of the free world caring about me.”

“Though I didn’t personally know the president at the time, I know him well now and I can tell you that this president loves the American people, stands by Americans with preexisting conditions, and supports working moms.”

The documentary came about thanks to producer Joe Knopp traveling to the White House last year to meet Vice President Pence as part of the promotion for Unplanned. It was then that he struck up an unexpected friendship with Lara Trump, who is married to the president’s son, Eric. This year Knopp approached Lara about his idea for a documentary that explored the women in the Trump family, administration, business, and campaign.

According to the documentary’s creators, “Some are the children of immigrants, some from very humble beginnings, but all are strong, intelligent and talented patriots. They were chosen by the President because he saw something in them that many didn’t even see in themselves. Through their stories and through their eyes, get a glimpse of the Trump they know.”

“When I realized I knew more about the Royal family than the First Family, I had this idea to explore a documentary from the women of the White House,” said Knopp. “No matter what side of the political fence you are on, Americans will want to see and hear from the strong, intelligent women who make up 60 percent of the White House. So much information flies around, but how do you really know a person? These women have a point of view of President Donald Trump and share very candidly in a way that is authentic and vulnerable.”