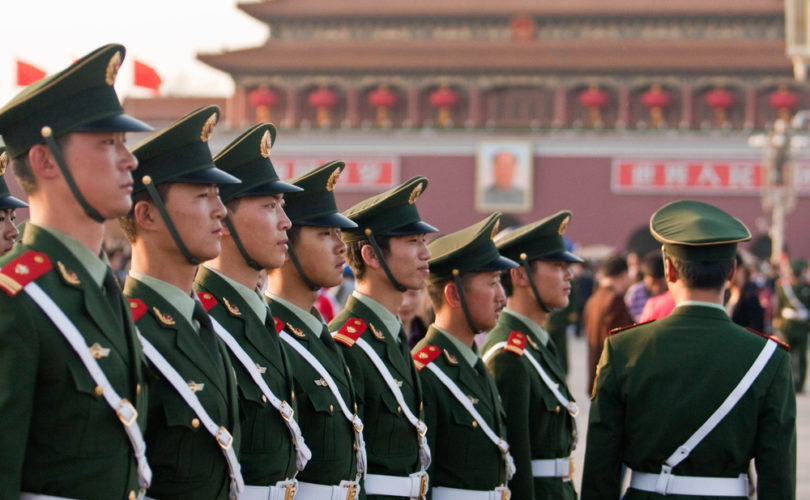 FRONT ROYAL, Virginia, April 6, 2018 (LifeSiteNews) — An authority on China says that it’s “naive” to assume the country’s communist regime is telling the truth when it says it has stopped harvesting organs from prisoners.

Steven Mosher, president of the Population Research Institute and author of Bully of Asia: Why China’s Dream is the New Threat to World Order, told LifeSiteNews that China’s human rights record is “one of the worst in the world.”

“I don’t understand why any Vatican official, much less the head of the Pontifical Academy for Sciences, would want to defend any aspect of China’s human rights record, which is one of the worst in the world,” said Mosher.

The author took aim at Sorondo’s earlier avowal that China models the social doctrine of the Catholic Church by highlighting the plight of up to a million members of China’s Uyghur minority.

“The [U.S.] Congressional Executive Commission on China is…drawing attention to the fact that as many as 500,000 to a million Uyghurs are or have been detained in what are being called ‘political education centers,’” Mosher explained. “This is arguably the largest mass incarceration of a minority population in the world today, and strongly refutes … Sorondo’s claim that ‘those who are best implementing the social doctrine of the Church are the Chinese.’”

“Mass incarceration is, in fact, condemned in the social doctrine of the Church and by Church leaders,” he pointed out.

But many thousands of people in China have met an even grislier fate, thanks to the worldwide demand for organ transplants.

“It has long been the practice in China to tissue-type all those accused – rightly or wrongly – of serious crimes, such as belonging to a peaceful Buddhist sect called the Falun Gong,” Mosher told LifeSiteNews. “The reason is simple: prison authorities want to identify prisoners who may be a tissue-match for a wealthy Chinese or foreigner willing to pay for a heart, liver, or kidney transplant. When a match is found, the unfortunate prisoner is killed by having his organ extracted.”

Mosher and other human rights organizations, like the International Coalition to End Organ Transplant Abuse in China (ETAC), question China’s claim that its practice of taking organs from prisoners was abolished in 2014.

“This is, after all, a government that routinely denies forcibly aborting women, running secret jails and torturing prisoners, when the evidence is clear that it continues to commit these and other human rights abuses,” said Mosher. “Simply because a Chinese government official asserts that prisoners are no longer killed for their organs does not mean that it is no longer happening.”

The author explained that such statements and the issuance of new rules “supposedly forbidding this practice” could simply be “face-saving measures” the Chinese government adopts when challenged on its human rights abuses.

“It is naive at best to take such statements and such ‘rules’ at face value, especially when there are huge profits to be made by [Communist] Party officials,” Mosher stated. “The organ transplant business is, after all, very lucrative.”

He also pointed out that there is still the issue of bringing to justice those who had perpetrated these horrible crimes upon Chinese prisoners in the past.

“Until we can confirm that the practice has stopped, and those who perpetrated it are brought to justice, Bishop Sanchez Sorondo should not be celebrating China’s achievements,” said Mosher.

“There is indeed an ‘ideological political group’ that is trying to ‘obstruct the Vatican’s engagement with China,’” Mosher said. “The irony is that this group is the Chinese Communist Party itself, which has just denounced the idea that the Vatican should have any role in selecting Chinese bishops.”