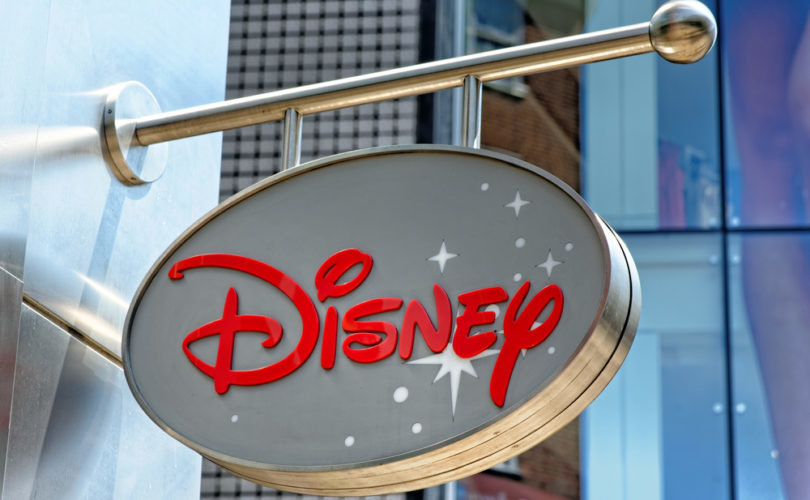 August 14, 2018 (LifeSiteNews) – Disney is reportedly pushing the homosexual envelope yet again with an upcoming film in which it will feature for the first time an openly gay character. The move is being hailed as a “turning point” for Disney.

British comedian Jack Whitehall will play a gay character in Jungle Cruise, which is based on the iconic theme park ride of the same name, the UK’s Sun reports. The film, which stars Dwayne “The Rock” Johnson and Emily Blunt, is slated for an October 2019 release.

Whitehall’s character is reportedly the brother of Blunt’s, and “a gay man – one who is hugely effete, very camp and very funny,” a source told the Sun. “This latest script, set at a time when it wasn’t socially acceptable to be gay, is another significant turning point.”

Notably, the movie takes place in the 19th century, which suggests either an inaccurate portrayal of the era’s attitudes about homosexuality, or that those attitudes will be a plot point adding to the film’s ideological agenda.

Whitehall has confirmed he is in the film, though CBS News notes that neither he nor Disney have confirmed the accuracy of the character description.

While the Sun calls this Disney’s “first-ever gay character,” its 2017 live-action remake of Beauty and the Beast caused controversy for implying a supporting character’s homosexuality through several brief moments. The entertainment giant has also promoted homosexuality through its parks and merchandise, as well as teen, kids, and even preschool TV shows.

Even so, pro-gay actors and others are unsatisfied. CBS News reports that many are crying foul over the fact that Whitehall himself is straight.

“Your first significant gay role will be played by a straight white man perpetuating stereotypes?” actor Omar Sharif Jr. complained. “Fail! This ship should sink.” Actor Chris Salvatore quipped that it must be “hard to find gay actors to play gay roles in hollywood [sic].” Gay TV host James Barr expressed excitement for a “huge moment for the LGBTQ+ family,” but lamented the casting “when so many gay actor friends of mine are turned down for straight roles because there’s a ‘whiff of gay.’”

“Hollywood's representation crisis is the issue, not Whitehall,” author Clay Cane wrote on CNN, questioning whether the role’s reported characterization was a stereotype and whether gay actors have access to major gay roles.

At The Daily Wire, conservative commentator Matt Walsh pushed back against both liberals’ casting complaints and conservatives’ relative silence on Disney’s continued normalization of homosexuality.

“Leftists […] have been handed another significant cultural victory — the injection of explicit homosexuality into a mainstream family film — and they still find some pedantic reason to turn up their noses,” Walsh wrote, like a “football team that wins 70-3 and then cries that the game was rigged against them because the other team was able to put up a field goal.

Meanwhile, he lamented that “even religious conservatives” have “simply accepted that the Left's sexual agenda will be infused into everything,” and predicted many would “probably take their kids to watch the film, and then they'll come home and resume their complaints about bias in the media.

“This is the crucial difference between the Right and the Left,” Walsh concluded. “One has basically surrendered the culture and willingly handed their children over to it, and the other is so used to their own domination that they cannot tolerate even the slightest perceived offense.”