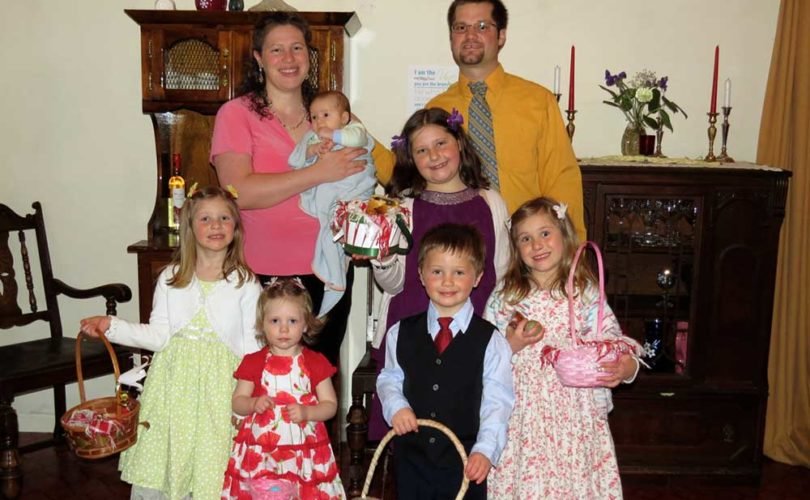 I spent an entire day trying to figure out how to break it to my wife that my name appeared in a legal threat sent to LifeSite involving two recent investigative reports I wrote about two lesbian teachers promoting homosexuality to young kids in public school.

“Dad, will you go to jail?” she asked with real concern in her voice.

Later that evening, as my kids gobbled pizza around a picnic table and Erin and I sipped on pear and blackberry ciders, a sudden inspiration made me say jokingly: “Well darling, I’m now a full member of the LifeSiteNews team!”

“Why is that,” she asked slowly, withdrawing the drink from her lips.

“Because I’ve been named in a legal threat for my reporting,” I said with a bit of a forced laugh. “You know, you aren’t really a full member of the team until you’ve been mentioned in a potential lawsuit.”

“Let me guess: It’s over those reports you wrote about the lesbian teachers,” she said.

“Yes, I must’ve really hit the hornet’s nest or they wouldn’t be so mad,” I said. “But don’t worry, the team and I are standing 100 percent behind those reports and think the threat is total balderdash. I just hope everything will blow over and we’ll be OK.”

When they saw how our reports clearly revealed to the whole world how they manipulate the hearts and minds of our children, they decided that our reports needed to be erased forever.

My wife took another sip of her drink, a good sign that my tactic was working. My kids, meanwhile, realizing that something important was being talked about, had become rather silent. My 6-year-old daughter seemed to have paid special attention.

“Dad, will you go to jail?” she asked with real concern in her voice.

I must say I was rather moved by my kids’ show of support. I wanted to just scoop them all up in a big hug. I told them not to worry since Daddy had done no wrong and nobody was going to put him in jail.

Everyone seemed satisfied for the moment, and we all returned to our picnic feast.

Since receiving the letter from the Peel District School Board earlier this month stating that they want my reports deleted from the internet or they will “take immediate court action,” I’ve realized more clearly the importance of the work I do as an investigative reporter for LifeSiteNews.

I now realize more than ever that there are people out there who do not like it one bit that we are shining a strong spotlight on the distorted schemes they have in mind for our children. We know our reports are right on target because otherwise we wouldn’t be getting so much flak.

Let me tell you about this particular case.

In April I traveled to an educators conference in Toronto hosted by a pro-homosexual organization to investigate how teachers are actually forming our children.

Two lesbian teachers gave an excellent presentation, one after the other, on how they convince kids to accept gay “marriage,” starting at 4 years old and how they use math class to teach young kids about homosexuality so they can “hide” it from parents.

I simply attended the conference, with video and audio equipment rolling, reporting exactly what they said. For doing this, the legal threat stated that my reports were “hateful.”

Whoever would have thought we would have arrived at a place in our society when factually reporting what someone said at a public conference could be deemed “hate”?

The more I do this kind of reporting, the more I realize there is a militant movement out there with a terrifying agenda for marriage and family that involves sweeping away the time-tested and true order so they can bring in their new radical order.

This new order is not based on nature or God’s revelation to man, but on man’s attempt to become himself god by reordering sexuality, the family structure, and society itself. This movement does not want parents to know how their children are being brainwashed to unquestioningly accept the changes that are indeed already happening.

Of course this movement will ultimately fail.

No one can fight long against nature and God and prevail. In the meantime, people finding themselves caught up in the midst of this epic battle of man trying to prove that he can create himself anew will suffer dreadfully.

Children will suffer who lack either a mother or a father in the altered family structure of this ‘brave new world.’ Men and women will suffer who undergo surgery to change their biological sex after being encouraged in the new order that gender is fluid and malleable. Society and culture will become ever more perverted and distorted as more and more individuals become wounded, broken, and disfigured in the process of trying to live a fantasy that has no possible basis in reality.

Our reports spotlighting this movement are absolutely critical in the fight for everything we hold dear as God-fearing people, as mothers and fathers, as contributing members to a society based on justice and love.

When we reported on what this aggressive movement is doing to our children in the classroom, they decided to try bullying us into silence. When they saw how our reports clearly revealed to the whole world how they manipulate the hearts and minds of our children, they decided that our reports needed to be erased forever.

But LifeSiteNews will not be intimidated by groundless threats to delete reports of such vast importance to mothers and fathers everywhere. And we will not back down in the face of opposition.

We know that it’s our obligation and our mission to provide you, our readers, with the most accurate reports on matters that are so close to the hearts of all of us who cherish and fight for freedom, for family, for life, and for the future our children and of society.

But, we DEPEND on your financial support to bring these crucial issues to light. With your support today, we are stronger and better equipped to keep up the good fight. With you by our side today, we can and will make a decisive difference in our culture.

Will you join us?