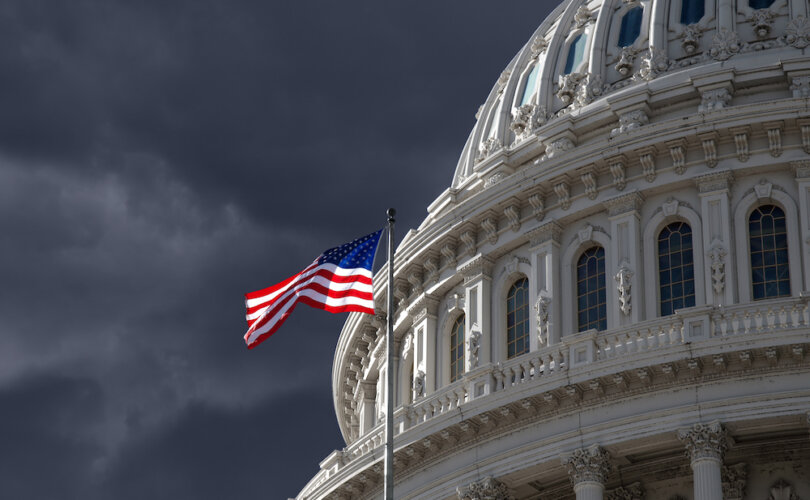 WASHINGTON, D.C. (LifeSiteNews) — Just days after the midterms, Democrats are moving quickly to codify their radical agenda while they still have full control of Congress.

Senate Majority Leader Chuck Schumer announced last night that he set up an initial vote for Wednesday at 3:15pm EST on Democrats’ “Respect for Marriage Act” (RFMA), which would enshrine same-sex “marriage” into federal law.

The bill, in addition to cementing the perverse redefinition of marriage, poses grave threats to religious freedom, as faithful Catholic bishops and top conservative organizations have warned.

A group of Republican and Democratic senators championing the Respect for Marriage Act said Monday that they have crafted new language to address religious liberty concerns. But the proposed language actually does virtually nothing to protect Christians and others who reject homosexual “marriage.”

As the American Family Association pointed out, it applies only in relation to the “solemnization or celebration of a marriage,” and the Biden administration could still use the bill “to target as many Christian nonprofit organizations as possible.”

The radical legislation could also be used “to prevent any state from challenging, or even questioning, the reigning ideology of same-sex marriage and the entire LGBTQ+ agenda that comes with it,” the group noted.

Trump civil rights official and Heritage Foundation vice president Roger Severino similarly warned Monday that the amended RFMA would still put “a giant target on people of faith who stand for the truth about marriage.”

The Senate is about to put a giant target on people of faith who stand for the truth about marriage. Vote is likely this Wednesday. Here's why it's bad policy. https://t.co/lRIvNPT0yj

The bill’s Senate backers are nevertheless confident that it will pass Wednesday with “broad, bipartisan support.”

Democrats need 10 Republican senators to vote for the bill to clear the Senate’s 60-vote filibuster threshold. At least four Republicans, Sens. Susan Collins of Maine, Rob Portman of Ohio, Thom Tillis of North Carolina, and Lisa Murkowski of Alaska have signaled that they will vote for it.

The Respect for Marriage Act already passed the House in July with an unexpected 47 Republican votes and the blessing of Republican House leaders, including House Minority Leader Rep. Kevin McCarthy.

Polling shows that the Republican base soundly rejects the RFMA, however, and that passing it could lead to a significant backlash for the GOP.

LifeSiteNews is running a Voter Voice and LifePetition demanding that Republican senators vote down the RFMA and protect religious liberty and the family from radical, leftist threats.

Catholic leaders and prominent conservatives sharply condemned the Respect for Marriage Act following Sen. Schumer’s announcement that Senate Democrats will bring it up for a vote tomorrow.

Bishop Joseph Strickland of Tyler, Texas, said that the bill “disrespects Marriage and Religious Freedom,” calling it the “latest effort to undermine truth.”

”Respect for Marriage Act” disrespects Marriage and Religious Freedom. Make your voice heard to your congressional representatives. Tell them to vote NO regarding this latest effort to undermine truth. https://t.co/4HDnZLP2nf

Stephen Minnis, president of the Catholic Benedictine College in Atchison, Kansas, told the Daily Signal that the Respect for Marriage Act threatens the religious liberty of Catholic organizations.

“Catholic institutions will have a tough time living our faith under this legislation,” he said.

Heritage Foundation President Kevin Roberts said Tuesday that the legislation “is about imposing the radical Left’s sexual orthodoxy on the entire country.” “The concept of marriage between a man and a woman is, and must remain, non-negotiable,” stressed Roberts, a practicing Catholic.

The concept of marriage between a man and a woman is, and must remain, non-negotiable.

The “Respect for Marriage Act” is about imposing the radical Left’s sexual orthodoxy on the entire country. Conservatives: stand up for basic truths.

Conservatives should take down the names of any Republicans who vote for it, Mohler said.

“If indeed there are 10 Republicans who will vote for this legislation in the United States Senate, we need to know exactly who they are. We need to take their names,” he said. “And when they come back up for reelection, we need to remember this. Because if they will defy creation order in this sense, what would they not defy?”

The Daily Wire‘s Ben Shapiro echoed Mohler, saying Tuesday that Republican senators who support the RFMA “should not be in the Republican Party.”

Family Research Council President Tony Perkins also warned that the bill not only fails to fix religious liberty concerns, but jeopardizes parental rights – a top target of Democrats. “Once same-sex marriage is codified into law, parents trying to protect their children from graphic sexual indoctrination will be considered bigots. It won’t be an activists’ ruling of the Court, it will be the immoral law of the land,” Perkins said.

In an op-ed for the Daily Signal, children’s rights activist Katy Faust observed that children raised by homosexuals face statistically higher rates of abuse and “are deprived at least 50% of their heritage and kinship network.”