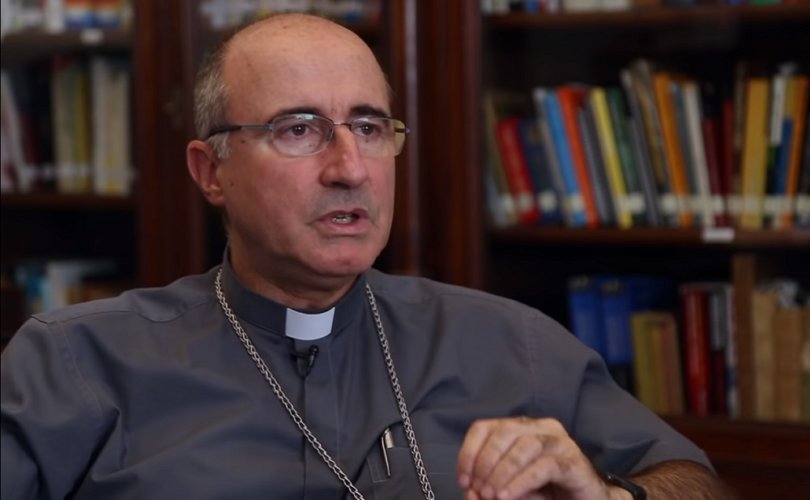 MONTEVIDEO, Uruguay, July 29, 2019 (LifeSiteNews) — In advance of balloting in Uruguay to abolish a pro-transgender law, Cardinal Daniel Sturla, archbishop of Montevideo, released a letter lamenting the “suffering” of transgender people and praising the law for “protect[ing]” them, while also encouraging Catholics to vote according to their consciences.

Uruguayans will go to the polls on August 4 to decide whether a referendum should be held to abolish the nation’s Integral Law on Trans Persons. On Thursday, Cardinal Sturla released a letter confirming that he will not vote on that day but added that “every Catholic should decide maturely and freely what seems to be best.”

Opponents of the transgender law have forcefully objected to several aspects — for example, a provision requiring that at least 1% of the seats in the country’s national legislature be filled by transgender persons. Another controversial part of the law allows minors to receive hormone therapy as of age 16, even without parental consent. However, surgical intervention in minors requires parental consent. Anyone aged 18 or older may freely consent to medical and surgical intervention.

Raised to the cardinalate by Pope Francis in 2015, Sturla, the cardinal archbishop of Montevideo, said he believes that instead of repealing the pro-transgender law, fellow Uruguayans “should find other ways of changing articles in the law” because the current law “protects a small group of persons who have been discriminated against.”

I am opposed to several articles in the law because they are based on gender ideology and establish a dissociation of gender and sex that is incompatible with common sense and Christian anthropology. But the law protects a small group of persons who have been discriminated against. They deserve special consideration because of this situation.

The bishop wrote that while he disagrees with parts of the law, “which I believe are negative,” there are also “elements that I respect very much: for example, the authority of parents, who are responsible for teaching sexuality.”

“It is a reality that trans people have been historically one of the groups most discriminated against because of their condition, which has caused grave pain,” wrote Cardinal Sturla. He added, “The gospels remind us that we must stand with those in our society who suffer.”

The Catholic hierarchy opposed the transgender law when it was being considered in the congress in 2018.

In a counterpoint, Bishop Alberto Sanguinetti of Canelones told listeners on Radio Cave that he will vote on Sunday based on his opposition to gender ideology. Saying the law does not offer solutions for transgenders, he elaborated: “The suffering trans people endure is terrible and they have a high rate of suicide. But I don’t believe that it can be fixed with surgery,” adding that transgender people can be healed on an individual basis, without a sweeping law. For his part, Bishop Arturo Fajardo of San José told the station he has yet to make up his mind, adding that he will read up on the law during the balance of the week.

Cardinal Sturla’s decision to sit out the ballot appears to be at odds with a communiqué from the Uruguayan bishops’ Commission on Family and Life that appeared on July 18. The bishops called on Catholics to vote: “The pre-referendum of August 4 — beyond its timeliness — is in any case a concrete legal response, to assume as citizens the serious responsibilities we have before this law.”

Voting in the pre-referendum is not obligatory. Voters who want to change the law must return a ballot marked “Yes.” In order for the future referendum on the law to take place, at least 25% (approximately 650,000) of the electorate must vote yes. The referendum would take place after the October national elections.

The age of sexual consent in Uruguay is 15. Uruguay’s Law 18.620 recognizes citizens’ right to change their names and sexes on official identification documents.