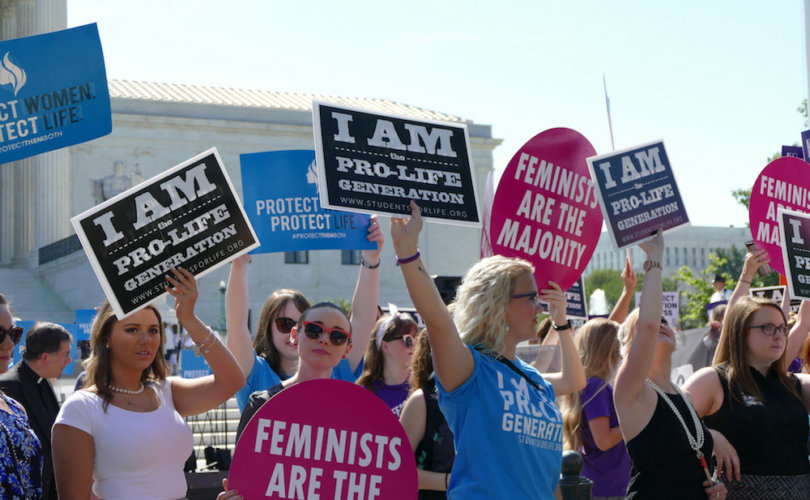 January 18, 2017 (LifeSiteNews) – Data from the pro-abortion Guttmacher Institute indicates that the number of abortions in the United States is lower than it has been since Roe v. Wade in 1973.

The Guttmacher Institute is claiming the drop is due to increased contraception use. But a pro-life expert insists the long-term data shows pro-life legislation is responsible.

Fertility and unintended pregnancy rates have been “fairly stable” the past 35 years, New pointed out, even as the abortion rate has dropped 50% from its 1980 peak. “As such, it is difficult to argue that increased contraception use is responsible for America's long term abortion decline.”

On the other hand, he told LifeSiteNews, “there is a substantial body of academic research which shows that a range of protective pro-life laws reduce abortion rates.”

In its report, titled Abortion Incidence and Service Availability In the United States, 2014, the Guttmacher Institute does acknowledge that the “wave” of new abortion restrictions in recent years “could also have contributed to the decline.” Such laws would have done so, they said, “by making it more difficult for women to access needed services in highly restrictive states.”

March for Life president Jeanne Mancini said this news was “expected” thanks to “the enactment of many common sense, pro-life state laws providing for women's informed consent, parental notification, and abortion clinic regulations.” She noted much work remains to be done to stop the nearly one million annual abortions.

“I think this really speaks to a culture change we are witnessing in our society,” said Abby Johnson, a former Planned Parenthood director who founded And Then There Were None, a ministry for former abortion workers.

Kristan Hawkins, President of Students for Life of America, echoed Johnson's explanation that the culture is changing. Hawkins also pointed to pro-life laws, better technology, and the younger generation being more pro-life as likely contributing factors.

Rachel Jones, one of the researchers behind the new study, told NPR, “If there are women in these highly restrictive states who want abortions but can't get them because there aren't any clinics that they can get to, and that's why abortion's going down, that's not a good thing. But we think the story that's going on in a lot of situations, in a lot of states, is that fewer women are having unintended pregnancies and in turn fewer abortions, and that is actually a good story.”

“Guttmacher's own research shows that a growing percentage of women facing unintended pregnancies are carrying their pregnancy to term,” said New. “All in all Guttmacher's report [provides] additional evidence that pro-life efforts have been successful in changing hearts and minds.”