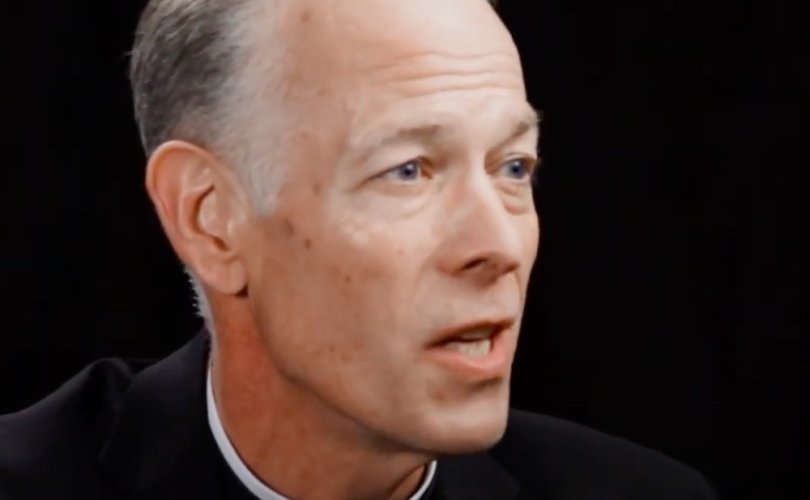 PORTLAND, Oregon (LifeSiteNews) – An archbishop known for his defense of Catholic teaching has decried abortion as an evil comparable to the Holocaust and other mass killings of the 20th century.

“We absolutely excoriate the Nazis, as we should, for the 6 million-plus Jews that were killed during that regime,” Archbishop Alexander Sample of Portland, Oregon, said in a recently shared video. “We decry the millions killed under the regimes of the 20th-century Communists.”

“I think most people don’t realize that since Roe v. Wade in 1973, over 63 million unborn children have lost their lives to abortion just here in the United States,” Sample continued. “The scale of the evil of abortion is truly a globally historic tragedy. That’s why this is a priority for the church — because the church fights evil.”

Sample’s strong defense of the unborn was part of a talk he gave on “Abortion and Catholics” in question-and-answer format, in which he named some common objections of pro-aborts to the pro-life position, and went on to address each one.

The archbishop mentioned abortion — which he noted kills an “innocent human child in its most fragile form” — alongside other mass killings in order to drive home the point that it is an “objective” evil.

He remarked, “You don’t need to be a Christian…to know this objective truth that abortion is evil because, from the very moment of conception, a unique member of the human family has come into existence…And that’s not religious sentimentality or even a philosophical position. That’s hard science, truth. A human being.”

To those who argue that abortion is needed to help solve the problems touching women in difficult situations, such as poverty, Sample pointed out, “The solution to child poverty is not to kill unborn children. That’s not a solution. That’s just a magnification of the problem. What we need to do is address child poverty.”

“That vulnerable, fragile, precious life really deserves our protection,” said Sample, adding that this is why he is determined to use his position as an archbishop to “give my voice to those unborn children who have no voice, that their cries will not go unheard.”