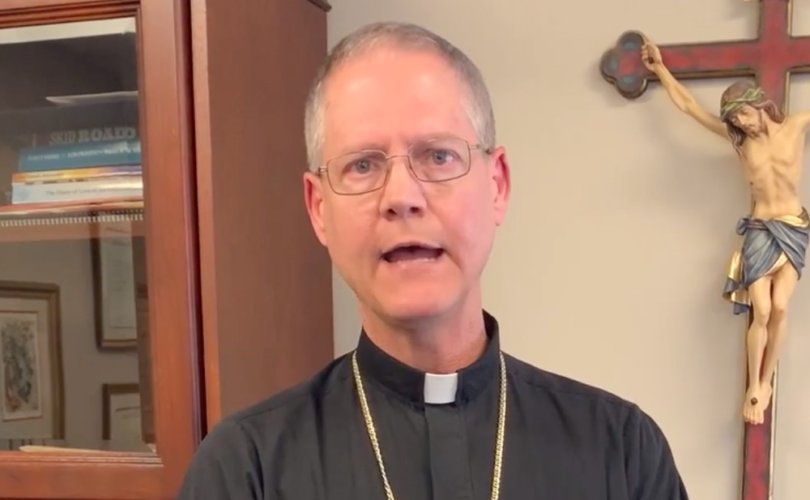 Inslee announced on Wednesday: “Starting today, events that take place in King, Snohomish, and Pierce counties with more than 250 people are prohibited by the state. This order applies to gatherings for social, spiritual and recreational activities. These include but are not limited to: community, civic, public, leisure, faith-based, or sporting events; parades; concerts; festivals; conventions; fundraisers and similar activities.”

Archbishop Etienne said that the announcement “certainly speaks to us as an institution of faith.”

“I want to acknowledge the best science that is out there, that basically says despite our best efforts, this epidemic is going to continue to spread,” Etienne said in a short video. “That doesn’t mean that we shouldn’t be doing everything we possibly can to restrict the spread of this virus, and of this epidemic.”

Poland’s bishops, however, have called for more Masses as a response to the coronavirus epidemic. Archbishop Stanisław Gądecki, writing as the leader of the Polish bishops’ conference, released a statement this week asking that the extra Masses be made available so that the congregations will be smaller.

Archbishop Etienne characterized his decision as an extreme cautionary measure. “There may be other measures that will be introduced,” he warned.

“We want to do our part to prevent the spread of this virus, of this epidemic,” Etienne said.

While public Masses are suspended, “every priest has an obligation to celebrate the Eucharist every day and certainly I want our priests to continue to do that,” the archbishop clarified. “And I want all of us to continue to pray for our efforts and the efforts of so many others to care for the sick and to slow down the spread of this virus.”

Just days ago, archbishop Etienne had banned the reception of communion on the tongue. While claiming not to refuse Communion to anyone, he stated that “to do our part to contain the spread of a new virus, while at the national epicenter of the outbreak, we are limiting the option at this time to receive Communion in the hand.”

“People are free to either receive Communion under this new temporary guideline or not,” the archbishop said.

Meanwhile, south of Seattle, the archdiocese of Portland, Oregon, declared that “a parish cannot ban the reception of Holy Communion on the tongue.”

The archdiocese, whose head is archbishop Alexander Sample, had consulted two doctors on the question of the manner of receiving Holy Communion. Ever since the outbreak of the coronavirus, countless bishops and bishops’ conferences had recommended, if not mandated, to receive the Eucharist in the hand.

The doctors “agreed that done properly the reception of Holy Communion on the tongue or in the hand pose a more or less equal risk.”

“The risk of touching the tongue and passing the saliva on to others is obviously a danger however the chance of touching someone’s hand is equally probable and one’s hands have a greater exposure to germs,” the statement of the archdiocese pointed out.

In addition to suspending all public Masses, the archdiocese of Washington has also decided to close all Catholic schools within the Seattle Public School District until the end of the month.

“We recognize the hardship this places on families; at the same time, we must protect the common good. Our government leaders urge us to take these steps to slow the spread of this global pandemic. Our Catholic faith compels us to consider and protect those most vulnerable in our society,” explained Kristin Dixon, the archdiocese’s superintendent of schools.

At the time of this writing, the state of Washington reported 366 cases of coronavirus. Almost 3,500 people were tested. 29 cases resulted in death.