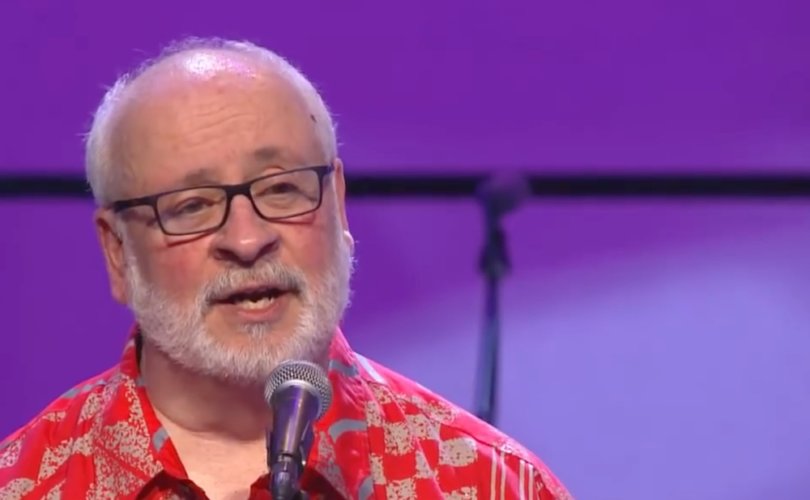 LOS ANGELES, California, July 31, 2020 (LifeSiteNews) — The Archdiocese of Los Angeles has asked its parishes, schools, and ministries to no longer use music composed by David Haas while the prolific Catholic songwriter is being investigated for sexual misconduct.

The 63-year-old musician, who has been a popular fixture at the massive annual Los Angeles Religious Education Conference, has also been forbidden to perform within the archdiocese.

The composer of scores of popular liturgical songs, including “You Are Mine,” “We Are Called,” and “Blest Are They,” has been accused by several women of using his high-profile position within the world of Catholic music to groom and sexually abuse them.

Parishes, schools, and ministries of the Archdiocese of Los Angeles are asked to refrain from using music composed by musician David Haas out of respect for those who have reported sexual misconduct by Mr. Haas.

According to Into Account, a group that provides support for survivors of sexual and spiritual abuse within Chrisitan settings, Haas “targeted multiple women using techniques that abuse prevention experts identify as grooming, to create conditions in which women felt obligated to perform sexual favors in exchange for professional opportunities.”

Into Account sent a letter to organizations warning them that they might serve as “forums in which [Haas] encounters potential victims.”

The letter noted, “The pattern that emerges from the reports we’ve received on Haas’s behavior constitutes a repeated, unethical abuse of the professional and spiritual power he has had in church music circles.”

“The allegations we’ve received also contain a disturbing component of spiritual manipulation,” continues the survivors’ group’s communication. “Haas reportedly focuses attention on women with past histories of abuse, then uses the vulnerabilities created by trauma to create intimacy. Multiple women have reported to us that Haas is skilled at making his targets feel spiritually affirmed, seen, and loved, with a keen understanding of how that spiritual intimacy can then be exploited sexually.”

The L.A. archdiocese’s action follows a similar move by the Archdiocese of Saint Paul & Minneapolis, where Haas resides, which announced in a statement issued on June 14:

In 2018 the Archdiocese of Saint Paul and Minneapolis received two reports from another diocese that David Haas acted inappropriately with two adult women at an event in another state. Both women complained that Haas’ conduct made them feel uncomfortable. The Archdiocese had received an earlier complaint, in 1987, that Haas had made unwanted sexual advances toward a young adult woman. In each instance, Haas denied that he engaged in inappropriate conduct.

After receiving the 2018 complaint, the Archdiocese informed Haas that it would not provide a letter of recommendation that Haas had requested. Furthermore, we informed Haas that he was not allowed to provide services at Catholic institutions in the Archdiocese without disclosure of these complaints. Unless we receive other information, we will continue this course of action.

On the day before the Archdiocese of Saint Paul & Minneapolis issued its statement, prominent Catholic music publisher GIA Publications announced on Facebook that it had ended its relationship with Haas, revealing that it had not sponsored his work since late January.

Catholic hymnal publisher OCP has also cut ties with Haas, saying it is “profoundly disturbed” by news of the allegations.

“While OCP’s 2021 missals have already gone to print, we will determine the content of future publications in light of this situation,” the publisher’s Facebook statement continued.

The Diocese of Jefferson City, Mo. has announced a moratorium on music by Haas.