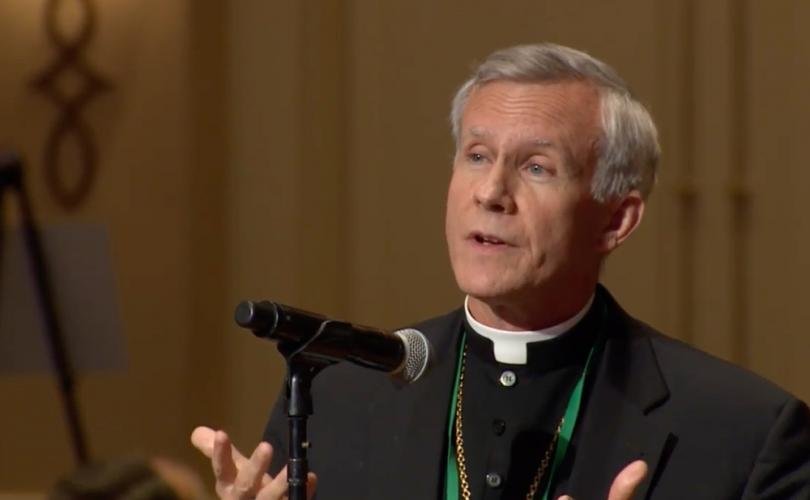 March 4, 2020 (LifeSiteNews) – Bishop Joseph Strickland of Tyler, Texas called for an investigation into Catholic Relief Services, the U.S. bishops’ international aid agency, after its promotion of contraception in Africa was uncovered by the Lepanto Institute and recently reported by LifeSiteNews.

The yearlong investigation by the Lepanto Institute president Michael Hichborn revealed that Catholic Relief Services (CRS) instructs teens and children as young as age 10 to “always” use condoms.

CRS is the official international aid agency of the United States Conference of Catholic Bishops (USCCB) and has in recent years joined forces with other international secular aid agencies – USAID, PEPFAR and the Global Fund – in promoting practices that are antithetical to Catholic moral teaching.

“This report by the Lepanto Institute must be proven to be false,” tweeted Bishop Strickland. “If what Lepanto says is accurate, then we should call for a thorough investigation of CRS. The confusion must stop. Promoting contraception is immoral & we are reaping sins devastation.”

This report by the Lepanto Institute must be proven to be false. If what Lepanto says is accurate then we should call for a thorough investigation of CRS. The confusion must stop. Promoting contraception is immoral & we are reaping sins devastation. https://t.co/vaXNpbHuoG

“We're very grateful to Bishop Strickland for taking our report seriously and calling for a full investigation into CRS,” Hichborn told LifeSiteNews in an email.

“Sadly, our discovery regarding the condom documents isn't even the worst we've found,” added Hichborn. “Our sincere hope is that more bishops will see what is being done in the name of the Church and put a firm end to it.”