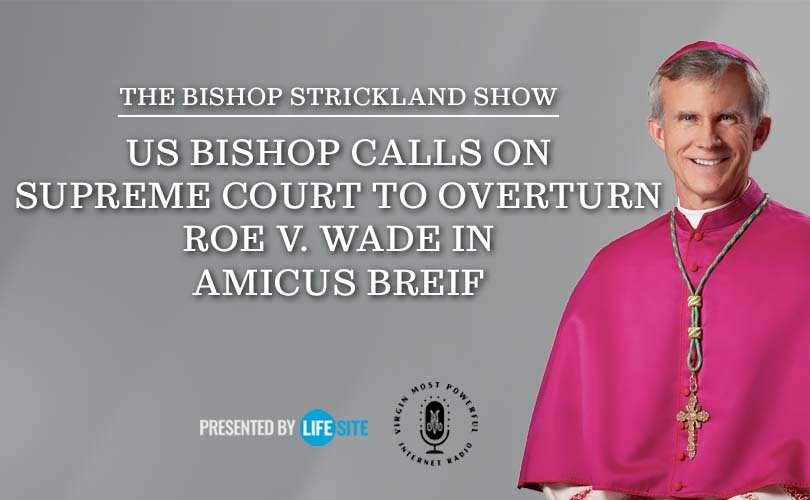 Strickland joined several Catholics and non-Catholics in the brief to the Supreme Court, which outlines how abortion in the United States has historically been tied to eugenics. He said on his show today that “the amicus brief is really emphasizing the significance of this Mississippi case and emphasizing that from its beginnings in this country … abortion has been a tool of the eugenicists and … a tool of racism.”

The Texas bishop added that he hopes the brief exposes this part of abortion that is never heard from by the mainstream media. He mentioned that “I certainly hope” that the Supreme Court will decide to overturn Roe and defend life.

Strickland also discussed the issue of vaccines and COVID-19. He clearly stated how his own resistance to taking the jab “is primarily due to the connection to abortion.” He then went on to say that another major issue of concern is the ineffectiveness of the shots.