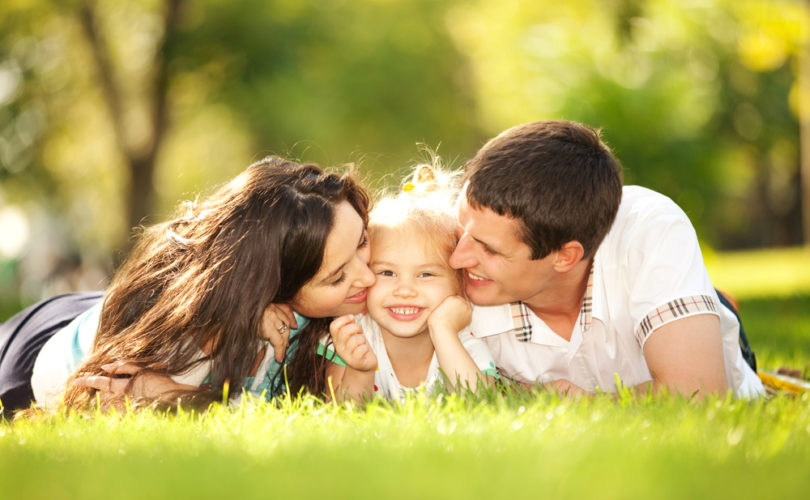 April 12, 2019 (LifeSiteNews) – Marriage and family provide the foundation for Christian society, Bishop Joseph Strickland said in an interview. And there’s so much broken about that foundation, he said, as well as in the Church and the world today, that it’s imperative to help young couples who are seeking marriage with a strong formation in the Catholic faith – including teaching them about why contraception is morally wrong.

The Tyler, Texas bishop spoke with LifeSiteNews (read full interview below or click here) about his call as a bishop to teach the Catholic faith and a bold initiative to do so in his diocese wrapping up its second year. Strickland released the Constitution on Teaching in May 2017 and also established the Saint Philip Institute of Catechesis and Evangelization, tasked with teaching the Catholic faith in his diocese.

The comprehensive plan to evangelize his flock includes a year of marriage formation that incorporates natural family planning and the Church’s teaching that Catholics are called to be open to life in marriage, embracing Pope St. Paul VI’s document Humanae Vitae. The truth of Church teaching is so profound, he said, that even though it’s not had acceptance in the last 50 years by many Catholics, it’s begun to resonate in and outside the Church.

“And with the 50th anniversary of Humanae Vitae, we’ve focused on in the diocese that this is a truth that the Church has been teaching for those 50 years.”

The Church teaches in the 1968 encyclical that using contraception is always and in every case wrong. “Each and every marital act must of necessity retain its intrinsic relationship to the procreation of human life,” states the document. According to this teaching, contraception blocks the marital act from its God-given procreative purpose, contradicting the husband and wife’s promise to give themselves to each other, totally and unreservedly — where nothing must be held back, including one’s own fertility.

The document has been largely ignored by the faithful, said Strickland,  by priests and even by bishops. Strickland told LifeSiteNews he had to admit, while he’s always believed what the Church said, that as a parish priest for many years, he also didn't focus on it that much, because it really wasn't very popular to focus on.

In Humanae Vitae Paul VI foretold various social ills that would befall the culture, such as marital infidelity, a general lowering of morality, growing disrespect for women and population control.

“If you read Humanae Vitae,” Strickland said, “Pope St. Pope Paul VI, in #14 of Humanae Vitae, he basically is prophetic and he lays out – This is where we're headed if we ignore God's plan for a married couple, open to life and not using contraception.”

“And I think we've ended up exactly where his prophetic prediction said we would end up,” continued Strickland. “So with all of that being realized, I felt that we need to start at the very foundation of the Christian community, which is marriage, and then the families that are formed on a solid marriage. “

Natural family planning, which respects the natural rhythms inherent in the human body, is part of this, he said.

Strickland, who has become noted for verbalizing the Church’s teaching on subjects such as sexual morality and abortion, discussed a number of things in the interview, speaking candidly about contraception.

He emphasizes that in speaking out about Church teaching he is doing his job as a bishop, and in most cases he is addressing his local flock in northeast Texas. But because it is relatively uncommon for a bishop to speak out, he’s come to stand out.

He tells LifeSiteNews that the Church’s teaching isn’t his truth; it’s Christ’s truth. And he’ll vocalize it as long as he’s a bishop. The fact it seems remarkable, he said, shows how secular society has become.

“Sadly, after 50 years of Humanae Vitae, it's somewhat revolutionary to do what we're doing,” Strickland told LifeSiteNews, “but it's in line with what the Church has continued to teach for these 50 years. It's been the official teaching. It's been not emphasized that much.”

While it may be possible to overemphasize it, he says, he thinks it is very significant, because society’s problems today stem from disobedience to God, and contraception has become entrenched in the culture, including with Catholics.

“I guess the way I would put it is, everything traces back to ills of our society,” said Strickland, “which has been the case since Adam and Eve, it traces back to disobedience to God's plan and to God's will.”

“And so the contraceptive mentality that is very much in the Catholic community, and certainly in the non-Catholic, or even just humanity, contraception is accepted as something that is smart to use,” he said. “And it's like you're strange or you’re delusional if you're not using contraception.”

“So it's kind of a revolutionary idea,” he added, “but it is the teaching of the Church and I think there's tremendous wisdom there.”

Strickland said there's a real desire there on the part of many couples to learn NFP, especially after it's really explained to them what God's plan is and how natural family planning can be used properly.

This is true even in his area of Texas, he said, where less than 10 percent of the population in the geographical area of the diocese is Catholic.

“We're finding more and more non-Catholics who are saying, 'Hey, I think the Catholic Church has something here that we need to pay attention to,'” said Strickland.

“Because really, the Catholic Church — even as eroded as it is as far as Catholic practice — continues to teach that contraception is not morally acceptable,” Strickland said. “And we're the only church that even attempts to teach that, and many of the non-Catholics individually are saying, we want to learn more about this because we think the Catholic Church is on to the truth of God's plan.”

Strickland’s Constitution on Teaching can be accessed here.