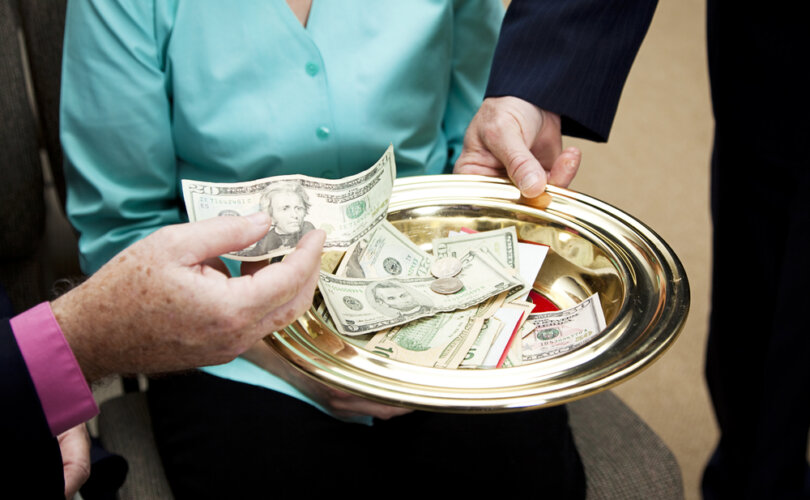 (Lepanto Institute) — The following report on organizations receiving funding from the Catholic Campaign for Human Development (CCHD) for Fiscal Year 2020–2021 provides a list of clickable reports. Each of the organizations profiled received a grant from the CCHD, according to the latest reported list from the United States Conference of Catholic Bishops (USCCB).

The types of violations are clearly marked as follows:

Each report (which is accessed by clicking the name of the organization in the chart) provides visual evidence accompanied by a website link to the source. The visual evidence is kept in the reports (as well as saved copies of each page on our hard drives) for two reasons: 1) To give a quick and easy-to-see reference guide to the gravity of the problems we’ve discovered, and 2) To have a visual copy of the evidence in the event the offender decided to attempt to delete the evidence from the internet.

The CCHD has been at the center of controversy ever since it was created in 1971. At the very heart of the CCHD is its philosophical father, Saul Alinsky, a Marxist radical who literally wrote the book for community organizing and class warfare: Rules for Radicals. It could be said that the spiritual father of the CCHD is Cardinal Joseph Bernardin, an accused homosexual and rapist who pre-arranged for a homosexual choir to sing at his funeral and who posthumously received a Masonic award reserved for members. The CCHD is Marxist at its core, as it has financed Saul Alinsky’s Marxist community organizing groups from the beginning.

In 2009, a coalition of pro-life Catholic organizations began examining the grants provided by the CCHD, finding many of them to be organizations promoting abortion. After a great deal of publicity and outrage by faithful Catholics, the CCHD was forced to undergo what it called a “Review and Renewal,” which meant a review of its policies, and a renewal of its efforts to maintain strict controls over the vetting process.

As a result, a new policy was put into place forbidding organizations receiving grants from the CCHD from belonging to organizations or coalitions that take a formal position or public actions that are counter to Catholic moral or social teaching. Apparently, this was only a short-term answer in an attempt to get out from underneath the microscope.

We have discovered several organizations that were denied funding in 2013 because of previous reports on those organizations, but despite the fact that the conditions which caused the organization to lose funding in the past have not changed, they are once again back on the grants list.

Another organization that previously lost CCHD funding has to do with the leadership of the organization. In 2013, the Women’s Community Revitalization Project (WCRP) (see the report in the chart) was profiled by the Reform CCHD Now coalition, showing that the executive director for WCRP was an LGBT activist. In a 2016 interview, the executive director said that WCRP lost funding from a “significant funding source because [she’s] a lesbian.”

This is a very interesting development because it indicates a loss of funding for the sole reason that the leadership of the organization was shown to be a bad actor. Even Bishop Jamie Soto, former chairman of the CCHD, recognized this as a serious issue. In January of 2012, Soto removed funding from an organization called Francis House as a direct result of its executive director’s support for abortion and same-sex “marriage.” Even though the executive director claimed that she never gave support for these things in her capacity as the leader of Francis House, Soto saw fit to defund the organization anyway.

And now, despite having lost a grant after being exposed in 2013, WCRP is back on the grants list.  Incidentally, this same executive director is a donor to Planned Parenthood.

Oftentimes, organizations desiring to promote abortion or LGBT ideologies try to be subtle in their approach, preferring to do so either through coalitions or behind the scenes.

For instance, the Ostara Initiative gives no indication of its pro-abortion advocacy on its website, but its leadership has spoken openly about the fact that as an organization, they do advocate for women to have access to abortion information and services while in prison.

On the other hand, organizations like the Ezekiel project openly promote rallies in defense of “reproductive rights,” such as the “Rally to Defend Roe and Reproductive Rights” they promoted on social media back in May.

And then there are organizations like Stand Up Nashville (SUN) whose organizational members and leadership are so corrupt in their active promotion of abortion and LGBT ideologies that it is completely indistinguishable from the official activities of the organization (SUN) itself.

One of the key reforms of the CCHD in 2010 was to insert a new rule for organizations wishing to receive a grant from the CCHD. As one CCHD grant application put it:

CCHD cannot fund groups that are part of coalitions or other organizations with purposes or agendas that conflict with fundamental Catholic social and moral teaching.

This statement is followed by the following requirement for the applicant:

17) Please list any national, regional, state or local coalitions, networks or other organizations that your group has membership in and the nature of your participation.

If the CCHD were doing its due diligence, it would have denied funding to all organizations that are members of Faith in Action, the Hispanic Federation, the National Domestic Workers Alliance (NDWA), the National Day Laborers Organizing Network (NDLON), Jobs with Justice (JWJ), the Illinois Coalition for Immigrant and Refugee Rights (ICIRR), the People’s Action Institute (PAI), and the U.S. Human Rights Network (USHRN). Each of these organizations is directly and actively promoting abortion and LGBTQ ideologies.

In 2020, we produced a series of reports showing that Faith in Action was directly involved in electioneering on behalf of President Joe Biden and other Democrat candidates for public office. We also proved that FIA was directly promoting LGBT ideologies and its leadership was promoting abortion. The CCHD rushed to defend Faith in Action, denouncing the reports from the Lepanto Institute as “inflammatory.” This year, Faith in Action took a formal and very public position in defense of abortion, vowing to fight to access to it as a “right.”

Another coalition mentioned in our report is the Hispanic Federation. This organization is not only pro-abortion but hosts an annual near-pornographic LGBT festival.

As it stands, our report shows the following figures regarding the worst of the coalitions we’ve profiled in these reports:

The Catholic Campaign for Human Development was created for the sole purpose of financing the Marxist Saul Alinsky’s community organizing groups. This effort has led to fifty years of Catholic funding for organizations that work directly against the Church’s moral and social teachings.

In 2010, the CCHD formally conducted a “review and renewal” of its vetting process, even adopting a rule that forbids grantees from being members of organizations that act against Church teaching. But instead of denying funds to such organizations, the CCHD has chosen instead to defend the coalition networks, as it did with Faith in Action.

We have said for years that either the Catholic Campaign for Human Development is absolutely incompetent and therefore incapable of properly policing the organizations to which it is providing funding, or it is completely corrupt and therefore complicit in the gravely immoral activities we’ve discovered. As we examine the case now, in light of the last ten years after the “review and renewal” process, we are finding it harder to believe that this is a matter of mere incompetence.

Whatever the case may be, the fact of the matter is that the CCHD is providing Catholic funds to the enemies of the Church. No bishop, no priest, no layman can morally or licitly give any funding to the CCHD after reading these reports without endangering their own souls.