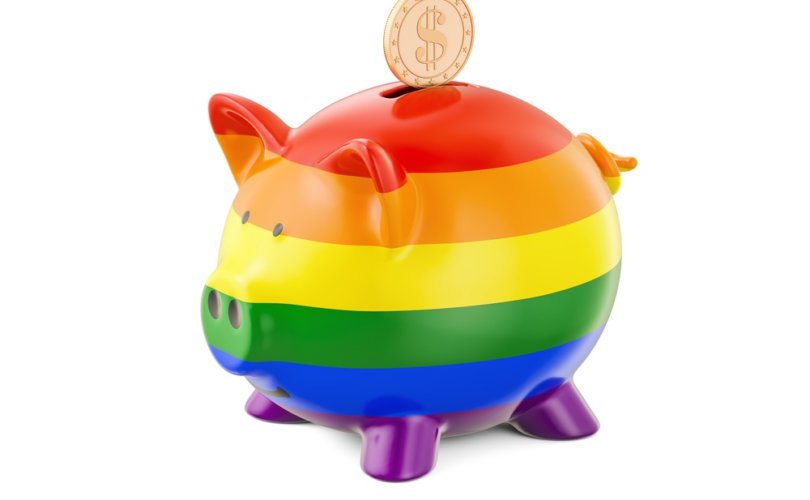 The United States Conference of Catholic Bishops (USCCB) encourages Catholics to support its Catholic Campaign for Human Development (CCHD), which it says helps those on the margins. Yet in the last several years, roughly half a million dollars, much of which comes from Catholics in the pews, has gone to two organizations involved in promoting abortion and homosexuality and other actions that conflict with Catholic teaching.

LifeSiteNews inquired with CCHD leadership about the contents of the two Lepanto Institute reports and how grants to the two groups associated with promoting abortion and homosexuality reconcile with its mission and that of the Church, and did not hear back.

The CCHD national collection for this year is approaching, typically occurring in most dioceses on the Sunday before Thanksgiving. Catholics will soon be called upon at their local Sunday Mass to support the collection as a way of “living out the love of God and neighbor in ways that express our baptismal call and continuing Eucharistic transformation.”

Since 2010, the CCHD has awarded the Coalition on Homelessness (COH) of San Francisco $240,000 in four grants, according to the Lepanto Institute. The COH is set to receive another CCHD grant for 2017-2018.

“The problem is that COH is quite vocal about its support for Planned Parenthood, birth control, homosexuality, transgenderism, legalized prostitution[,] and even legalized drug use,” Lepanto’s report says.

And in the case of the Portland, Oregon-based Community Alliance of Tenants (CAT), the Lepanto Institute says $280,000 has gone to the “radical organization involved in the promotion of homosexuality and abortion” since 2012.

“The USCCB is asking for our trust right now as they take steps to deal with the homosexual abuse crisis,” Lepanto Institute President Michael Hichborn told LifeSiteNews. “This is difficult considering all the times we’ve been asked to trust their solutions to other instances of grave abuse only to be let down time and again.”

Hichborn was referencing the CCHD’s 2010 large-scale renewal with the vow to strengthen its Catholic identity and funding procedures following widespread criticism from numerous bishops and a coalition of Catholic and pro-life groups after the revelation that CCHD grants were funding groups associated with promoting abortion and same-sex “marriage.”

While some improvement was seen, problematic grants continued.

Additionally, Hichborn reported last year that in 2011, when meeting with CCHD leadership about grant concerns, he and an associate had been offered grant money to dissuade further investigation of grants.

Hichborn came forward about the grant offer last year after CCHD leadership inferred in an email to supporters that meetings with the Lepanto Institute to address grant concerns had produced no positive results.

“We were promised that the Review and Renewal of CCHD would stop the grants flowing to pro-abortion, anti-life and homosexualist groups. However, as these reports show, money from faithful Catholics is still being siphoned to enemies of the Church.”

Records on CAT show the group takes part in the steering committee of an organization the promotes abortion, birth control, and LGBT issues. CAT publicly opposed a ballot measure that would prohibit taxpayer funding for abortions.

Oregon Measure 106, which would have banned public funding for abortion, had the support of the Oregon Catholic Conference. CAT’s coalition, Fair Shot for All, stood with Planned Parenthood against it.

The Lepanto Institute report provides records showing that CAT has representation on the board of directors of a second pro-abortion, pro-LGBT organization as well. The report also shows CAT operated a booth in June of this year at the Portland Trans Rally.

The CCHD grant guidelines, which generated from the 2010 Review and Renewal, specifically state, “CCHD will not fund groups that are members of coalitions which have as their organizational purpose or coalition agenda, positions or actions that contradict fundamental Catholic moral and social teaching.”

When a diocese takes up the CCHD collection, 25 percent of that funding stays with the diocese, while the other 75 percent goes to the national CCHD and gets redistributed to groups like the two in the Lepanto Institute’s reports.

Hichborn told LifeSiteNews the Catholic Campaign for Human Development has demonstrated that it will not ensure that its grant process is aligned with Catholic principles, and the time has come to disband the organization.

“A good confession requires a firm purpose of amendment,” said Hichborn. “The CCHD clearly has no intention of amending these abuses, so we are past the point of asking for apology and reform. The CCHD needs to be shut down.”

“Faithful Catholics should pray and fast for their bishops, be mindful to support only worthy Catholic causes, and help in alerting their bishops to ongoing abuses at the USCCB,” he said.