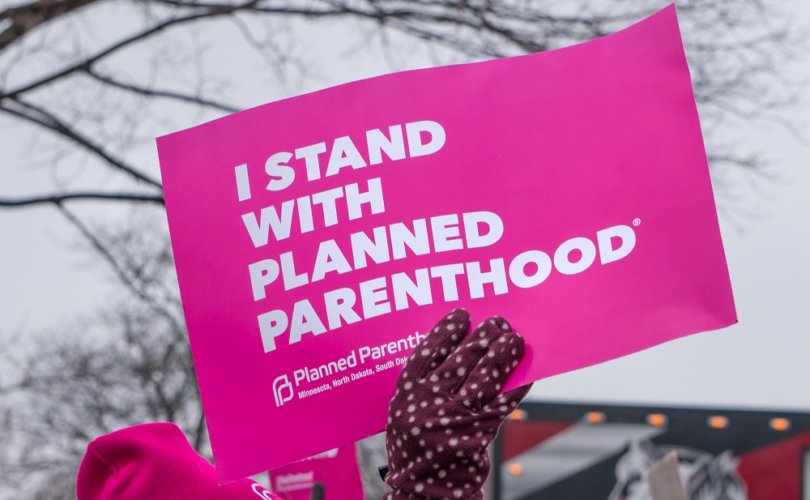 NOTE FROM LEPANTO: Due to the egregious nature of the CCHD’s malfeasance and/or incompetence, we are asking EVERYONE to sign the petition asking bishops to withdraw from the CCHD and end it completely!

February 15, 2021 (Lepanto Institute) — Several days ago, the Lepanto Institute detailed activities and memberships of three Nashville-based organizations funded by the Catholic Campaign for Human Development (CCHD) that violate both Catholic teaching and the CCHD’s own grant guidelines. We have yet to receive an official response regarding this report.

Further research shows that the fourth Nashville based CCHD funded organization, the Workers Dignity Project (WDP), is even worse than the previous three. We have direct evidence, including audio and video recordings, that prove WDP is directly encouraging abortion and transgender activism to the poor immigrants and workers it is supposed to be representing. And this isn’t a one-time grant, either. WDP received six grants from the CCHD since 2013 totaling $245,000.

This means that WDP passed through CCHD’s “rigorous screening process” on SIX separate occasions, and that WDP flew under the radar of CCHD’s stringent monitoring process for the better part of a decade. That WDP received a SINGLE grant would show a breakdown of the CCHD’s process. That it received SIX grants shows that this process does not work at all, and that the CCHD is either too incompetent or too compromised to handle Catholic funding and must be shut down immediately.

Furthermore, this evidence was not difficult to come by. We simply reviewed WDP’s own websites and broadcasts as well as the sites of community partners.

Before we get into the main body of evidence, here is a tip to the staff at CCHD. When an organization is included as a “community partner” in a Planned Parenthood annual report, that is a good clue that you should look more closely into an organization before handing over the hard-earned money of faithful Catholics. Take a close look at page 9 of Planned Parenthood Tennessee and North Mississippi’s 2018 Annual Report. Who do you see listed there? Yes, that is Worker’s Dignity Project. Did this give you pause at all before you funded them that year?

“Organizations that receive CCHD funds must not participate in or promote activities that contradict the moral and social teachings of the Catholic Church. Organizations that support or promote, for example, capital punishment, abortion, euthanasia, racism, war, discrimination, or same-sex marriage are not eligible for CCHD funding.”

Either these grant guidelines mean nothing to CCHD staff, or they are incredibly incompetent at screening grantees. Here is another easy-to-find WDP activity, this time a clear violation of grant guidelines, from 2017. WDP and its radio station 104.1 FM WDYO gave promotional support to Nashville Pride and its “Equality Rally for Unity and Pride.”

This is just scratching the surface. WDP should’ve been disqualified as a CCHD grant recipient long ago, but they are STILL getting grants. And this is causing incredible harm to the poor working community that CCHD is supposedly trying to help. WDP’s main clientele are low-income workers and immigrants. Catholic teaching says we should help them and make sure their community receives justice. It does NOT say we should be encouraging these primarily Latino communities to murder their children through abortion or kill their souls with perverted ideologies such as transgenderism.

Here is proof, and when you see it you will be just as shocked and enraged as we are.

First, some groundwork. WDP is co-directed by Cecilia Prado. A quick glance at her social media profile shows some immediate red flags and causes for concern. Her Facebook likes page is littered with pro-abortion, Marxist and LGBTQ activist organizations. Is this who should be leading a Catholic funded organization?

And, true to form, Cecilia Prado’s pro-abortion views bled directly into WDP’s activities. WDP owns and operates a Nashville radio station, 104.1FM WDYO, and on August 22, 2020, Cecilia Prado Interviewed abortion activist and then director of the Mississippi Reproductive Freedom Fund (which directly funds abortions) Laurie Bertram Roberts. Prado herself stated that she was incredibly excited about this interview of a “reproductive justice warrior.”

This interview pushes for the federal funding of abortion, and Prado praises Planned Parenthood and states that her own abortion was a good experience. Bertram Roberts goes on to state that abortion should be comfortable and relates a story about how she took a woman to Red Lobster following the murder of her 18-week baby in utero.

Later in the video both women laugh hysterically about the idea that the Catholic faith of Latinas influences them at all against abortion, and Prado is very pleased that Bertram Roberts is bringing abortion to the “deep south.”

There is no excuse for this grant. Catholic funding went to an organization promoting abortion, and this cannot be disputed, swept under the rug or silently defunded. This is evidence of institutional failure or willful complicity and the only solution after ten years of broken promises and “review and renewals” is the end of the CCHD program.

However, the evidence doesn’t end with one single radio interview.

Going back to the Planned Parenthood’s mention of WDP being a “community partner” in its Annual Report, we also see in this report that PP’s RAIZ program connected with “crucial partners and established a strong presence in Spanish social, broadcast and print media.”

Since the purpose of the Raiz program is to connect with the Latinx community through print and radio, it seems that the nature of the ‘community partnership’ WDP established with Planned Parenthood as far back as 2017 was made through WDP’s radio station.

This radio program discussed abortion in the Nashville Hispanic community and gave arguments in favor of abortion as well as called for activism to spread access to abortion. Here are some clips from the full broadcast:

— Article continues below Petition —
U.S. Bishops: SHUT DOWN the Campaign for Human Development
Show Petition Text
25756 have signed the petition.
Let's get to 30000!
Thank you for signing this petition!
Add your signature:
Show Petition Text

WDYO also hosted a discussion with the co-director of Healthy and Free Tennessee, a pro-abortion activist organization. The importance of access to commit abortion was stressed in this program.

WDP further promoted both abortion and Planned Parenthood on its social media platforms.

On January 26th of 2021, WDP shared a link to Planned Parenthood’s action fund:

This is proof positive that Catholic funding is directly HARMING the communities that so desperately need assistance. This is not an act of justice, but a complete INJUSTICE. The CCHD should be absolutely ASHAMED to have funded such a grantee and speaking of justice, every single staff member involved in the funding of WDP should resign immediately, including the leadership at national CCHD. This is a disgrace!

We are tired of the lies and empty promises. The CCHD needs to end all operations, IMMEDIATELY. And, to any good bishop reading this, the time to stand up to this is NOW. For the sake of your own souls and the souls of the faithful in your care, end this wicked program once and for all.