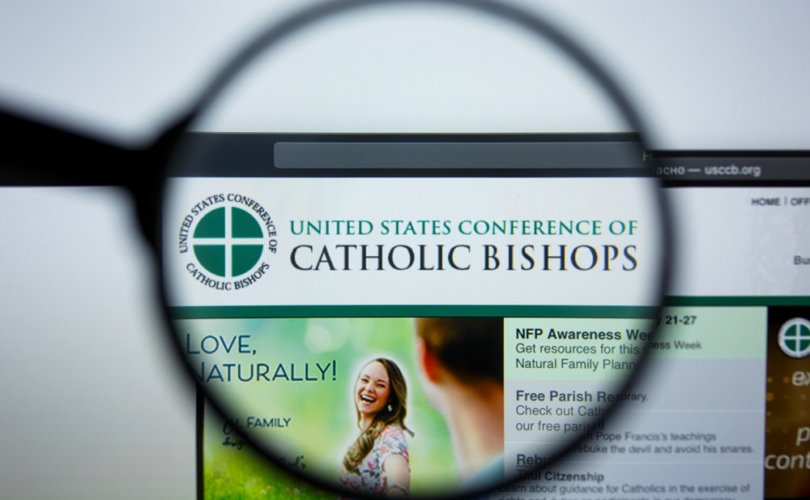 NOTE FROM LEPANTO: At the end of this report, we provide an action item. Even if you don’t read the entire report, please go to the action item at the end to contact your bishop about these outrageous grants.

February 10, 2021 (Lepanto Institute) — Every once in a while, a Catholic Campaign for Human Development (CCHD) funded organization receives public recognition and accolades for its work and its relationship with the Catholic Church. On February 1, 2021, the CCHD-funded Stand Up Nashville (SUN) received strong praise from the official news office of the United States Conference of Catholic Bishops (USCCB) called the Catholic News Service. The author of the piece is Aimee Shelide Mayer, who happens to be Nashville’s local representative of the National Catholic Labor Network. Referring to SUN as one of the local “prophets in our midst who cry out in defense of workers,” Mayer points out that SUN is receiving support from the CCHD.

Given this high praise, it was deemed important to take a closer look at SUN, and what we discovered was much more than we expected. SUN and two other CCHD-funded organizations have signed on to or directly participated with a coalition directly pushing abortion and transgenderism. Furthermore, the leadership of one of these grantees is heavily involved in the promotion of homosexual activism and is made up of member organizations doing the same.

We’re going to tackle these organizations one at a time, beginning with SUN. What we’ve discovered is that SUN is in direct violation of CCHD grant guidelines regarding its organizational members, and its executive director and majority of board members are thoroughly committed to the promotion of abortion and LGBT ideologies.

CCHD grant guidelines specifically state that member organizations that are part of a grantee must not endorse or advocate items against Catholic teaching:

Can you affirm compliance with Catholic Social Teachings? This means that your organization, and its affiliates, partners and coalition members must not endorse or advocate policies and issues that are contrary to Catholic Social Teaching – such as favoring abortion, euthanasia, capital punishment, same-sex marriage, racism, sexism and other prejudices. [emphasis added]

Two of Stand Up Nashville’s seven member organizations directly endorse and advocate for abortion as a “right” and are engaged in LGBT activism. If SUN indicated to the CCHD that its member organizations were in compliance with this guideline, then SUN lied. Furthermore, since this is a guideline that is supposed to be verified by the CCHD’s “rigorous vetting process,” it’s clear that the CCHD likewise failed to perform its due diligence.

PWF is also identified on SUN’s members page as a member organization:

PWF has taken an obvious stand for “reproductive justice” in support of abortion and consistently promotes homosexual activism across all its channels of communications. Some examples:

In 2019, PWF published a white paper crying against legislation that restricts abortion.

On page 15 of the document, PWF complained that Representative Hutton supported bills that would “make it more difficult for his female constituents to access abortion services.” On page 16, PWF accused Representative Casada of undermining “women’s reproductive rights,” and Senator Hale of sponsoring legislation “that is harmful for women” because it requires “Tennessee Medicaid provider[s] to report annually on the number of abortions paid for by the medical assistance program.”

In an October 2019 Facebook post PWF equated “rights” for all manner of sexual perversions with “workers’ rights.”

Also identified on SUN’s membership page is the Nashville CLC.

Remember, the CCHD demands of each organization that its “affiliates, partners and coalition members must not endorse or advocate policies and issues that are contrary to Catholic Social Teaching.” On this basis alone, due to the activities of the two member organizations we just profiled, SUN is disqualified from CCHD-funding. But this isn’t the only concern.

In addition to having member organizations that are acting in direct opposition to Catholic moral teaching (in violation of CCHD guidelines), SUN has itself been identified as a front group for the Marxist “Freedom Road Socialist Organization” by both the Epoch Times and Key Wiki. While we can’t prove this, it is worth noting that SUN has also participated in conference calls with the Democratic Socialists of America (DSA), at least giving weight to what the Epoch Times and Key Wiki alleged:

But this really shouldn’t be surprising, considering the fact that Stand Up Nashville’s executive director and the majority of its board members are heavily involved in the promotion of abortion and LGBT activism.

Odessa Kelly is SUN’s executive director, and her Facebook page shows numerous examples of this. For instance:

Another Facebook post from June 2018 is also from the Nashville Pride Parade. This time Kelly is posing with a man in drag.

The following video from Kelly’s Facebook feed shows her participation at the 2019 Pride Parade, this time filming some provocatively dressed homosexual men as well as some transgender activists.

In 2019, SUN promoted the heavily pro-abortion Women’s March, sponsored by Power Together Tennessee (more on them later), on social media. In fact, Odessa Kelly, identified as the executive director for SUN, was a keynote speaker at the march itself:

Stand Up Nashville’s board member Charlane Oliver is outspoken in her pro-abortion views. She was featured in the Black Women’s Roundtable discussing Roe v. Wade. The central themes of the discussion included “women’s health and reproductive rights and the vulnerability of Roe v. Wade if Judge Brett Kavanaugh is confirmed to the U.S. Supreme Court.”

Stand Up Nashville board member and recent former co-chair of SUN, Anne Barnett, is also involved in homosexual and abortion activism. Her “likes” on Facebook are a strong indication of this:

Barnett also posted this picture that shows an affinity toward communist activism as intertwined with LGBT activism:

Stand Up Nashville board member (and lead organizer for CCHD grantee NOAH, more on them in a moment) Mike Hodge’s social media likes and posts show strong evidence of homosexual activism.

In 2013, Hodge posted an image of the marriage equality symbol over the Constitution of the United States:

While the private actions of a CCHD grantee’s leadership may not constitute a formal breach of grant guidelines, we feel it is both a massive risk factor and predictor of future grantee behavior. Personnel is policy. Time and again, CCHD has ignored the character and positions of grantee leadership to its own detriment. It is much akin to hiring a robber to guard a bank or an embezzler to oversee accounting. What does the CCHD expect to happen when grantee leadership is heavily involved in anti-Catholic activities? Furthermore, when grantee leadership shows extreme sympathy to anti-Catholic positions, there is an increased risk of unreported activities that are hostile to Church teaching. Just because we can’t find it on the internet, doesn’t mean activities hostile to Church teaching haven’t happened.

CCHD CANNOT FUND groups that knowingly participate in coalitions that have, as part of their organizational purpose or their coalition agenda or actions, anything that contradicts fundamental Catholic moral or social teaching, due to the fact that CCHD is an initiative of the U.S. Conference of Catholic Bishops. Examples would be promotion or support of contraception, abortion, same-sex marriage, euthanasia, racism, the use of the death penalty, or punitive measures toward immigrants. Prohibited activities include participation in or endorsing actions that promote legislation that contradicts Church teaching (for example, voter guides and other written materials in support of such ballot measures). [emphasis original]

Both NOAH and MICAH are members of Power Together Tennessee, which is a local chapter of The Women’s March on Washington.

Furthermore, Power Together Tennessee is VERY obvious about its views across its social media platforms. There is no chance that an organization could sign up as a member without knowing that Power Together is a strong supporter of abortion, transgenderism and even the extremist violent group Antifa.

Opposed Amy Coney Barrett because of her abortion views:

Promotion of all the above:

These three organizations should be defunded and never should have been funded in the first place. Yet, somehow, these organizations made it through CCHD’s “rigorous” screening and ongoing monitoring process. There is no excuse for this!