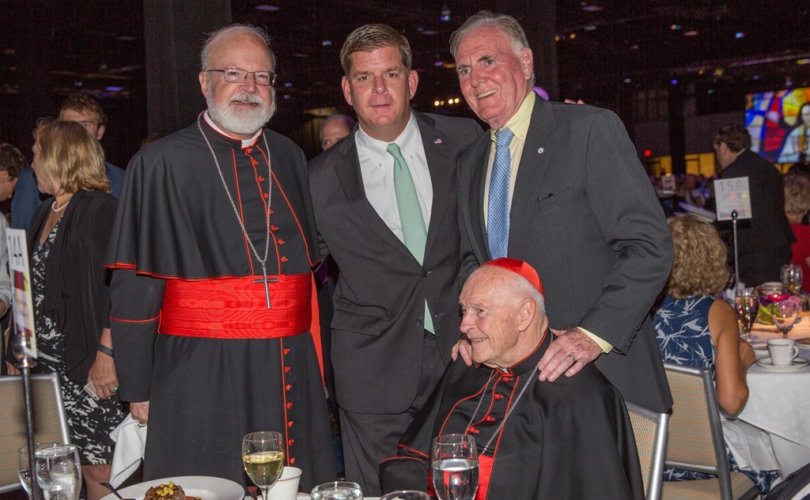 The motion was made from the floor of the USCCB Fall General Assembly as the bishops were considering a revised agenda for their gathering, which is taking place this week in Baltimore. The agenda addition received overwhelming support for passage in a voice vote by the bishops.

The move to ask Pope Francis to release the McCarrick documents follows the Holy See intervening just prior to the meeting’s opening day directing the bishops to table two action items concerning the abuse crisis.

The last minute interruption of the planned USCCB vote on the sex abuse measures also drove the agenda change at the meeting.

The Holy See, via its Congregation for Bishops, had informed USCCB President Cardinal Daniel DiNardo late Sunday that the U.S. bishops were to hold off voting on two measures that would augment procedures addressing abuse during their meeting, in anticipation of a February 2019 summit on the topic called by Pope Francis. The pontiff is meeting with all of the heads of the worlds’ bishops’ conferences in Rome to discuss abuse.

Canadian Cardinal Marc Ouellet heads the Congregation for Bishops. Members of the U.S. episcopacy serving in the Congregation are Washington, D.C. Cardinal Donald Wuerl, who recently stepped down from his See in the wake of the widening abuse crisis but remains the Washington archdiocese’s apostolic administrator, and Chicago Cardinal Blase Cupich.

The bishops will still discuss the two abuse-related items without a binding vote. The now-tabled measures concerned standards of accountability for bishops and the establishment of a special commission for receiving complaints against bishops.

The abuse scandal has permeated the bishops’ assembly, dominating discussion at and around the meeting, and resulting in continued schedule changes and Masses and other events being moved and/or having access restricted to the bishops themselves.

In one of his explosive testimonies on the abuse scandal, former apostolic nuncio to the U.S. Archbishop Carlo Maria Viganò called upon Ouellet as prefect of the Congregation for Bishops to release the documents concerning McCarrick.

“You have at your complete disposal key documents incriminating McCarrick and many in the curia for their cover-ups,” Viganò wrote. “Your Eminence, I urge you to bear witness to the truth…”

Ouellet responded to Viganò in an open letter, saying among other things that Viganò’s testimony was political and extremely reprehensible.

The pope has sole authority over sanctioning or otherwise reprimanding bishops.

USCCB leadership had asked Francis for an apostolic visitation in August, but was rebuffed.

The Conference’s Administrative Committee subsequently released an action plan in September with four items, including a full investigation of McCarrick and augmenting bishop accountability.

The USCCB Committee specifically stated it was taking action “within its authority.”

The two measures pulled from vote consideration at the bishops’ assembly were from the list of four in the USCCB action plan.

The bishops’ meeting continues through Wednesday.

LifeSiteNews is continuing to follow the U.S. Bishops meeting and related developments on the ground in Baltimore this week.