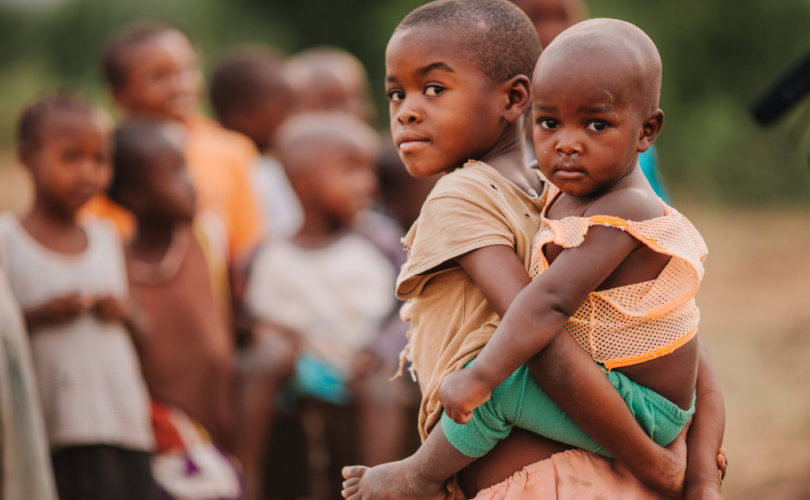 BALTIMORE, Maryland, March 3, 2020 (Lepanto Institute) — Following a year-long investigation into Catholic Relief Services (CRS) programs and documents, the Lepanto Institute has published the first of a series of reports showing that CRS was both directly and indirectly involved in the promotion of contraception and condoms to teens and children as young as 10. CRS is the official overseas relief and development agency of the United States Conference of Catholic Bishops.

In the first report, the Lepanto Institute provided links and screen-captured images of CRS documents that encourage young people to use condoms whenever they have intercourse, while indicating that condoms are effective in preventing the transmission of HIV and pregnancy.

“Catholic Relief Services has long-maintained that it never promotes condom use in its programs, but these documents prove otherwise,” said Michael Hichborn, President of the Lepanto Institute. “Sadly, this isn’t even the worst of what we discovered in our year-long investigation.”

One document produced and copyrighted by CRS in 2017 says (in French), “Condom use should be correct and consistent for any occasional sexual intercourse or with a non-regular partner.” Another CRS-produced document from 2017 (also in French) says, “You can do a number of things to stay as healthy as possible … [such as] use a condom during sex to reduce the risk of sexually transmitted diseases, including HIV, and pregnancies” and then later adds, “For adolescents who need access to HIV prevention methods, such as condoms, it is important for them to know where to access them.”

“In March of 2019, we provided our initial findings regarding these documents to CRS officials and were promised answers,” said Hichborn. “Not only were we never provided answers, but several of the documents disappeared from the CRS.org website, while other condom-promoting documents appeared later in the year.”

A CRS-produced document that was published in December of 2019 indicates to a counselor that a core idea being taught to adolescents in a CRS-run program is, “Delaying sex, limiting the number of sexual partners, and always using a condom are good practices.”

This first report can be viewed at the link here.

“We’ll be revealing a lot more in subsequent reports, but this is one of the primary reasons we’re asking bishops of the United States to withdraw their support for CRS until there is an independent, third-party investigation of CRS, and CRS is forbidden from receiving federal money,” said Hichborn.

The petition asking bishops to withdraw their support from CRS can be found at the link here.